Commentary: The Mick Mulvaney Proposal That Could Change the CFPB for the Better 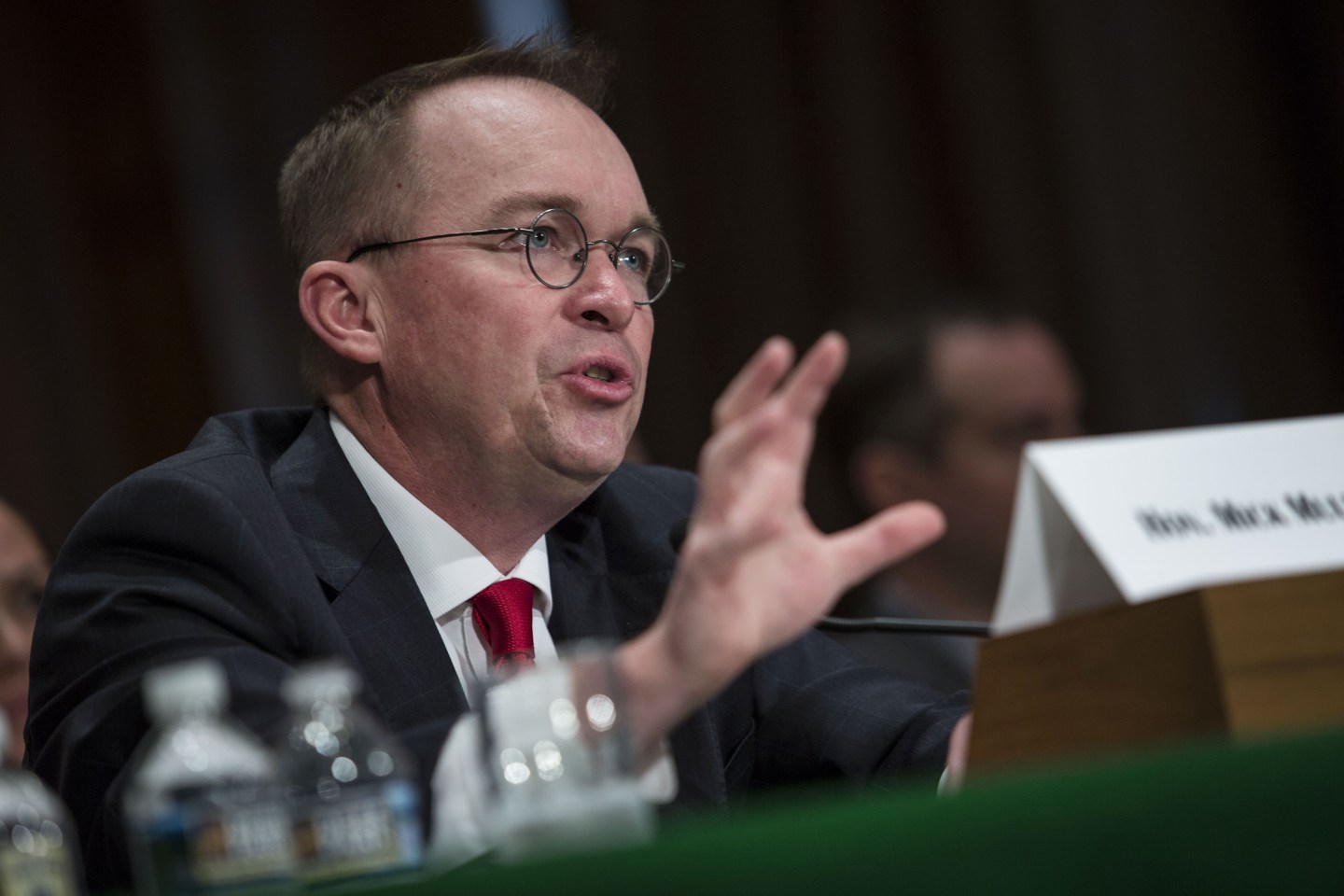 The political equivalent of a Halley’s Comet sighting occurred during a House hearing last week: Consumer Financial Protection Bureau acting director Mick Mulvaney asked Congress to dilute his power by turning the CFPB into a bipartisan commission. Even stranger, congressional leaders of both parties seem uninterested.

Mulvaney argued that a bipartisan, multi-member structure would prevent “wild swings” in regulations. Indeed, his proposal would move the CFPB’s structure closer to that of multi-member agencies like the SEC, FTC, and FCC, which have long been considered effective. In this view, these agencies are populated by technocratic experts and benefit from a multi-member structure that promotes deliberation.

Yet congressional Democrats are leery. They argue that agencies without a single leader at the top can become rudderless and ripe for capture by regulated entities.

Neither view is accurate. Changes in the culture and composition of multi-member agencies in recent decades indicate that a revamped CFPB would look nothing like the nonpartisan, deliberative ideal agency of yore. But neither would it be the industry lapdog that Democrats fear.

Mulvaney’s proposal would transform the agency for the better. To be sure, three Republican commissioners could still outvote the two Democrats on the CFPB, but only a commission provides a forum for the airing of diverse views.

A recent study found that bipartisan commissions foster ideological diversity. Whereas presidents in the 1970s through 1990s violated the spirit of bipartisanship requirements on commissions—with Democratic presidents appointing a “Republican In Name Only” to Republican-designated seats and vice-versa—this type of gamesmanship became exceedingly rare by the 2000s. The reason: Polarization has become so pronounced that presidents find it difficult to identify qualified nominees whose views are out of sync with their party.

Accordingly, we can be confident that CFPB commissioners would feature a mix of pro-regulatory, liberal appointees to Democrat-designated seats and deregulatory, conservative appointees to Republican seats. Importantly, this ideological diversity means that even where one side cannot prevail on an important vote on the commission, it can broadcast its position via published dissenting opinions.

That feature is crucial. Financial rulemaking is often complex, arcane, and unlikely to capture the public’s attention. Because even minority-party commissioners typically have access to competent staff and sophisticated, technical information, they can coordinate with congressional oversight panels and alert their allies in Congress and the media—who may not have the ability or desire to closely follow the agency’s inner workings themselves—when something is amiss.

The benefits to Congress do not end there. More and more, the ranks of commissioners are culled from the legislative branch. For instance, between 1934, when the SEC was established, and 2000, only 11 out of 126 commissioners had prior experience as a lawmaker or congressional staffer. Today, however, three out of the commission’s five members previously served in a high-level position on Capitol Hill.

The ascent of the Hill staffer-turned-commissioner is even more pronounced on the FCC. During that same period, 8 out of 106 commissioners hailed from Congress, whereas today, once again, three out of the five commissioners held a prominent position on the Hill. The story is similar for many other consequential multi-member commissions.

Placing trusted former staffers in agency leadership positions further ensures that key lawmakers will have their positions represented on commissions—and, should their views not carry the day, that allied commissioners will sound the alarm. These former staffers may even serve as embeds: channeling their former bosses’ views on policy and adopting the Hill’s culture of drawing clear contrasts with the other party.

Stocking commissions with congressional staffers has drawbacks as well. The migration of staffers to commissions casts doubt on whether these entities are truly “independent” and composed of technocratic experts. These trends place the Platonic ideal of deliberative discourse among commissioners even further out of reach.

But these pathologies are present regardless of whether the CFPB retains its single-director structure or transforms into a bipartisan commission. Acting director Mulvaney is a former three-term member of Congress known for his sharp partisan elbows—and for his past desire to abolish the CFPB. Placing him or his permanent successor on a bipartisan commission with four other members, including two Democrats with similar backgrounds, would serve as a ballast rather than a drag. Congressional Democrats should take him up on his suggestion.