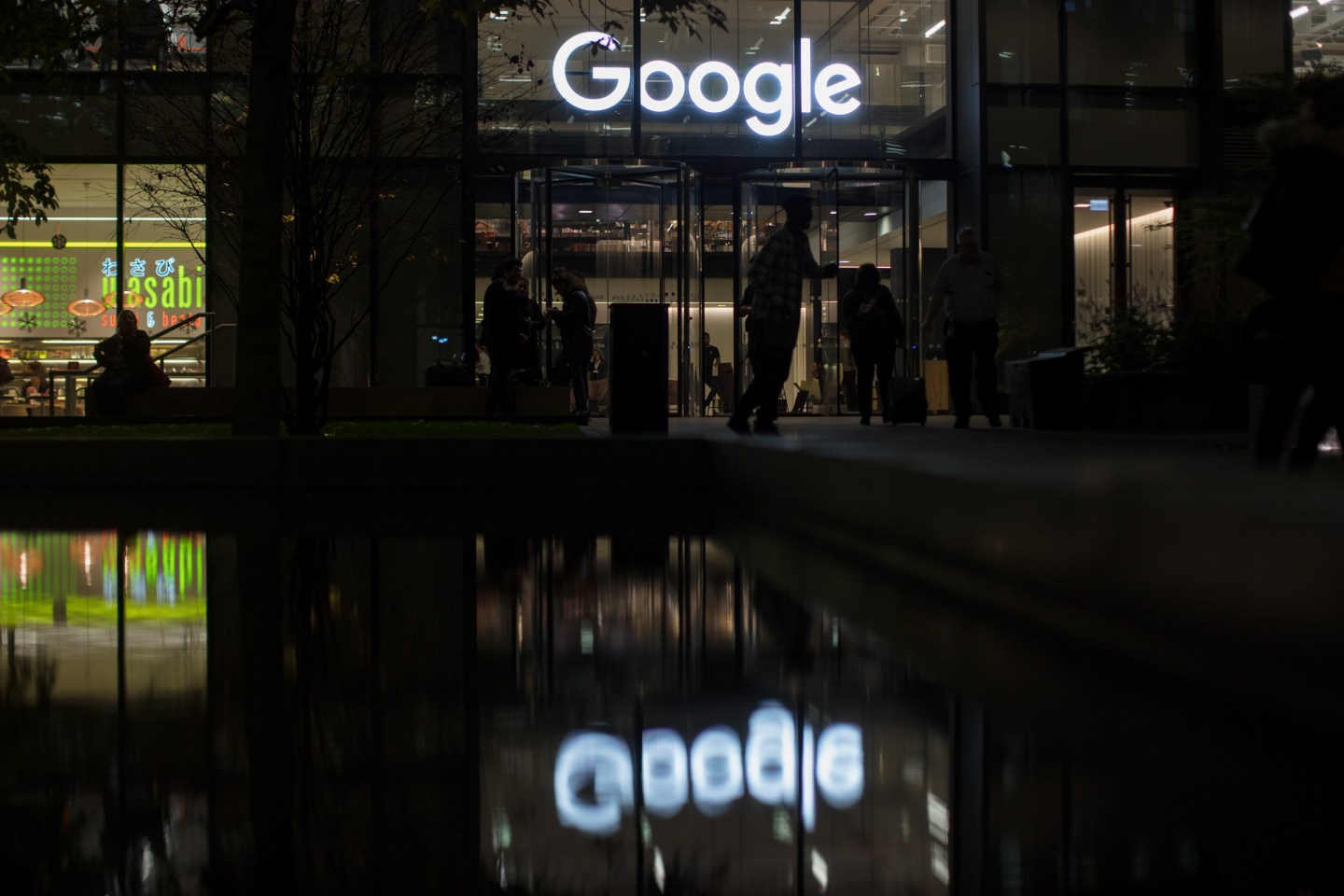 A logo stands above the entrance to Google Inc.'s Kings Cross office in London, U.K., on Tuesday, Nov. 15, 2016. After being criticized for not paying its fair share of British tax, Alphabet Inc.s Google unit is trying to show its a good corporate citizen by offering five hours of free digital skills training to all U.K. residents. Photographer: Simon Dawson/Bloomberg via Getty Images
Simon Dawson—Bloomberg via Getty Images

I’m in Toronto this morning, where I spent the day yesterday with members of the Business Council of Canada, in preparation for the Fortune Global Forum we’re holding here Oct. 15-17. (Details here.) Not surprisingly, I found the Canadian business leaders focused on three of the same big issues that are engaging their counterparts south of the border:

Separately, take time today to read the deep dive into the retail business by Fortune’s Phil Wahba—who, coincidentally, is also Canadian. Turns out not every retail company taken over by private equity a decade ago has bitten the dust (think Toys R Us, Sports Authority, etc.). Among the winning survivors of Hurricane Amazon are beneficiaries of PE-led turnarounds like Restoration Hardware, Dollar General, and—here in Toronto—Canada Goose.

Alphabet's profits for Q1 were up almost three-quarters, thanks to an increase in ad revenue. First-quarter net income was $9.4 billion, up from $5.4 billion the year before. Revenue was up 26%. That said, $3 billion of the boost came from changes to accounting rules, and there was also a $1.1 billion benefit from currency exchange fluctuations. BBC

Google CEO Sundar Pichai does not think the company has anything to fear from the EU's incoming General Data Protection Regulation. But, while it's true that most of Google's ad revenue comes from search, and is therefore less sensitive to privacy regulation, the GDPR could have a big impact on the part of its business that comes from placing targeted ads on publishers' webpages. Fortune

Stung by criticism over its content moderation policies, Facebook has for the first time published its guidelines for moderators. It has also launched an appeals mechanism for those who want to complain about their pages or posts being taken down. Meanwhile, YouTube also has been on a transparency push, detailing how AI helped it remove over 8 million videos in one quarter. Fortune

A 25-year-old is in custody after a van, which he is suspected of driving, plowed into pedestrians in Toronto yesterday. Witnesses say the driver deliberately drove over people on the sidewalk, killing at least 10. Alek Minassian was arrested by a policeman less than half an hour after the attack. Authorities are not calling this a terrorist attack at this point. CNN

Although China is preparing to relax its limits on foreign ownership in the automaker sector, Volkswagen says it will still need to partner with "local tech enterprises" there. VW currently makes cars in the country in a 50-50 partnership with a local player, as the law requires. "From our side, we are really set up very nicely here in China," said new CEO Herbert Diess. CNBC

Wells Fargo and General Electric shareholders may shortly be giving the companies' auditor, KPMG, a very hard time. Wells Fargo, which KPMG has audited since 1931, has recently suffered accounting scandals. And GE, which KPMG has audited since 1909, is also in financial difficulty and facing regulatory investigation. The shareholder advisory service Glass Lewis is now advising both companies' shareholders to demand a new auditor. Financial Times

Big business doesn't like President Trump's Chinese tariffs, but some small businesses are asking for more. They include manufacturers of items such as steel wheels and safes. Trump's tariffs have not so far targeted the Chinese companies making such goods, but companies such as Americana Development (a steel-wheel maker) and Champion Safe say the prices they pay for steel have risen by a quarter, creating an unfair advantage for their Chinese rivals. Bloomberg

United Airlines CEO Oscar Munoz is forgoing his bonus for 2017, in order to show "accountability and integrity" over the incident in which passenger David Dao was dragged off one of the carrier's flights. So Munoz will get $9.56 million in compensation for the year's work, little more than half what he pulled in for 2016. Fortune