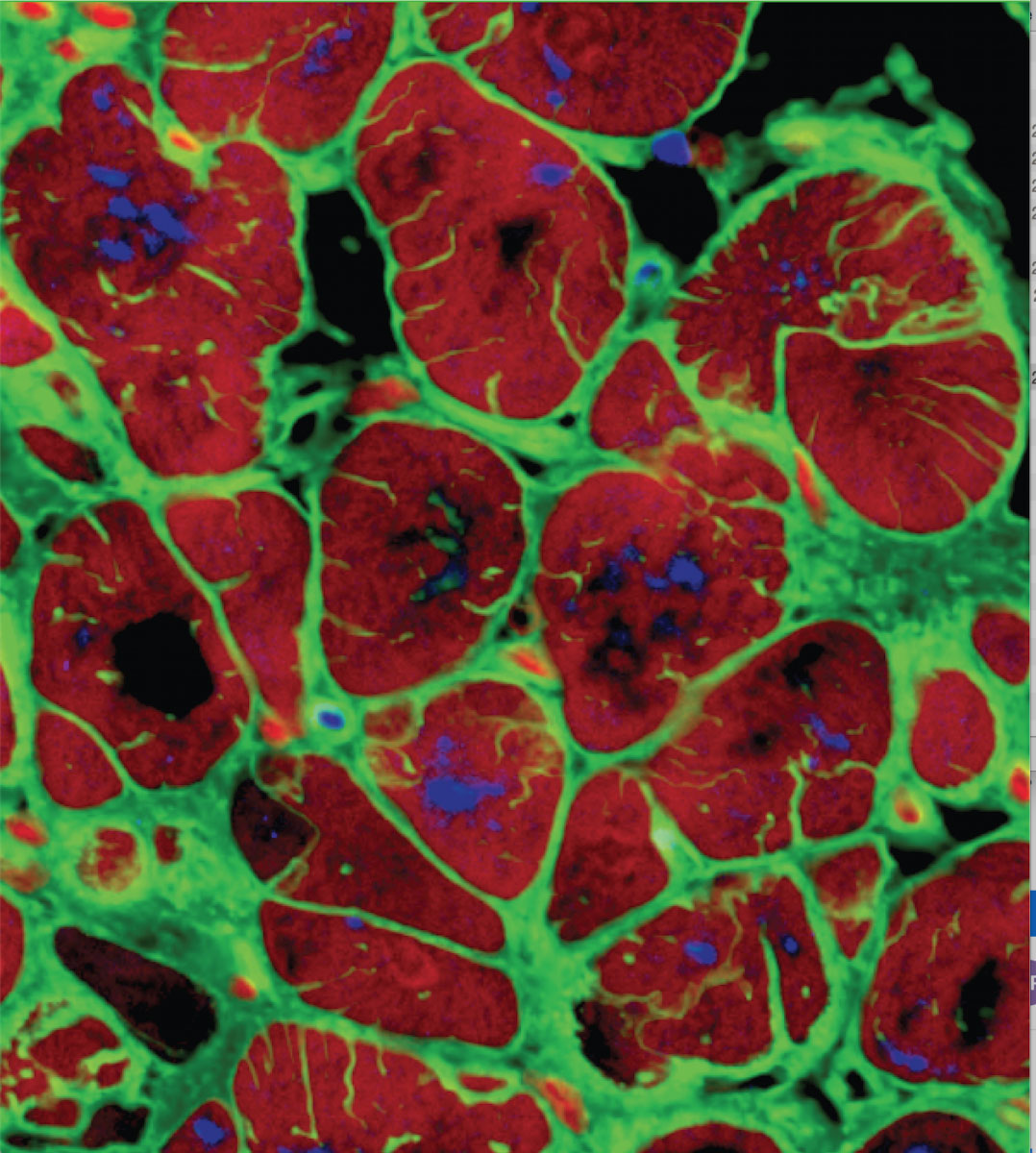 A team of Columbia University researchers is behind a first in biomedical engineering: growing tissue that behaves just like an adult human heart muscle.

The breakthrough, which was detailed Wednesday in the journal Nature, is more than just a cool science project — it could revolutionize medical research as we know it, says senior author Gordana Vunjak-Novakovic, a university professor at Columbia Engineering and a professor of medicine at Columbia University Vagelos College of Physicians and Surgeons.

“You can model diseases, you can study effects of drugs and you can study them in a way that’s patient-specific,” Vunjak-Novakovic says of the project. “It could be anything, because you have something finally that comes really close to normal human heart muscle and can be made from anyone’s cells.”

Scientists could, for example, use the tissue to create accurate models of a human heart, which could then be used to study complex diseases or develop new drugs. The tissue could feasibly even be used “like a Band-Aid” to patch and repair tissue damaged by heart attacks or other ailments, Vunjak-Novakovic says, though her lab has not tested that application yet.

Researchers have for some time been able to grow immature heart tissue using induced pluripotent stem cells, which are taken from blood samples and can be manipulated to mature into virtually any type of tissue. But replicating the characteristics of an adult heart, which has to work much harder than an immature heart, has proved challenging.

Columbia’s breakthrough came from Kacey Ronaldson-Bouchard, a research scientist in Vunjak-Novakovic’s lab. Ronaldson-Bouchard wondered whether progressively increasing the workload expected of fledgling heart muscle cells would push them to grow and develop, until eventually they could function like an adult heart.

“It’s kind of like a Pacemaker in your heart,” Ronaldson-Bouchard explains. “We deliver [electrical] signals to tell all the cells to contract, and we continuously do this. Every single day we tell it to increase faster and faster and faster, so it has to work harder … and it has to mature in order to keep up with these signals that we’re applying.”

After repeating this procedure for just four weeks — a time period considerably shorter than the nine months it takes actual human heart tissue to mature, the pair notes — the researchers found that the cells had developed enough to contract and twitch just like healthy adult heart tissue. The tissue’s structure, cell metabolism and physiological function also matched a natural heart’s, suggesting that Ronaldson-Bouchard’s strategy was successful.

“We were joking that hard work pays off,” Vunjak-Novakovic laughs. “We never expected this level of maturity over this period of time.”