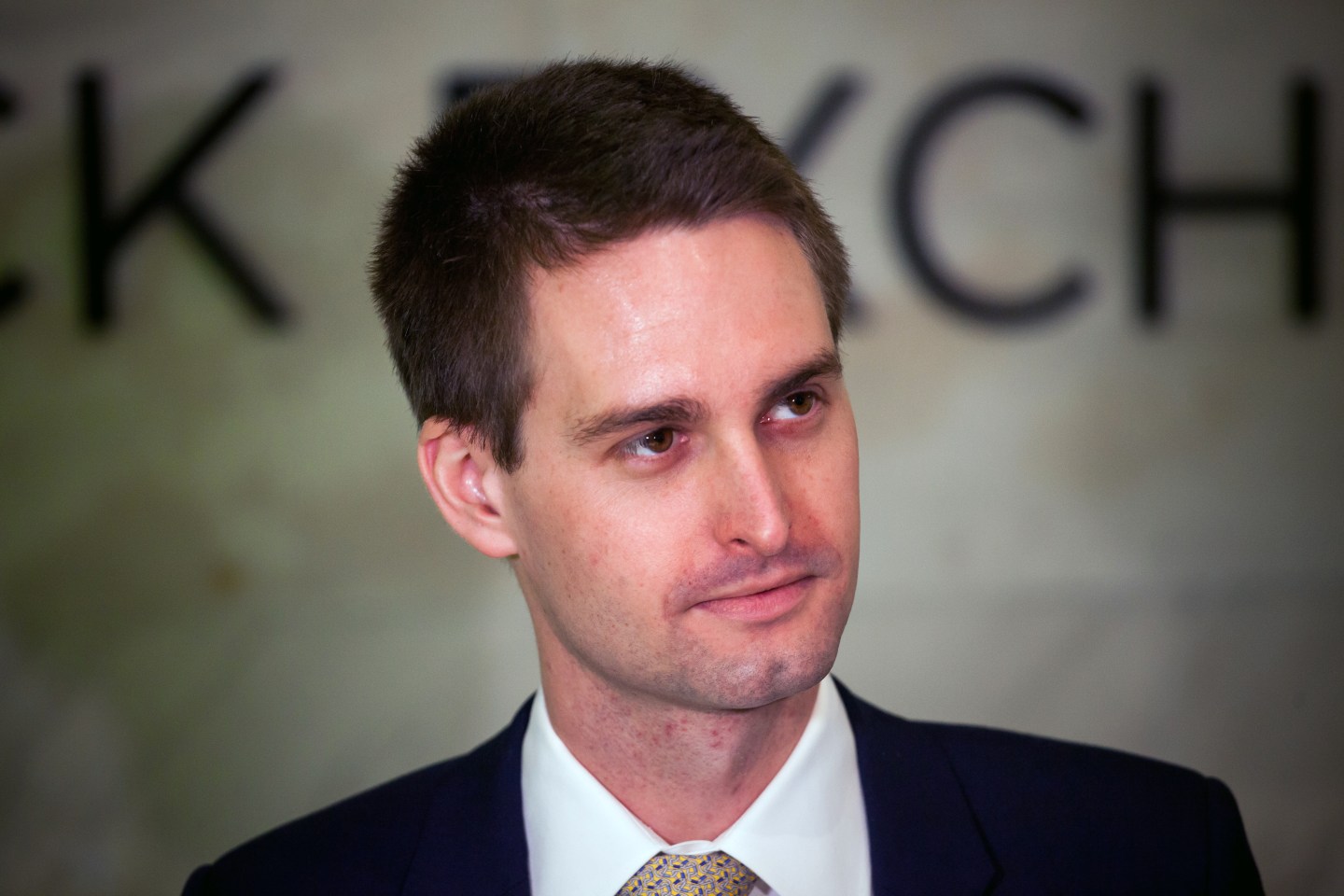 Evan Spiegel, co-founder and chief executive officer of Snap Inc., stands on the floor of the New York Stock Exchange (NYSE) during the company's initial public offering (IPO) in New York, U.S., on Thursday, March 2, 2017. Snap Inc., maker of the disappearing photo app that relies upon the fickle favor of millennials, jumped in its trading debut after pricing its initial public offering above the marketed range. Photographer: Michael Nagle/Bloomberg via Getty Images
Michael Nagle—Bloomberg/Getty Images

Snap, Inc’s flagship Snapchat social media platform has rolled out a photo filter that highlights the recent stumbles of its biggest rival — Facebook.

The filter, spotted by The Verge, copies Facebook’s layout, color scheme and icons, but the text is styled after Cyrillic, the Russian alphabet. It’s actually still readable as English (similar to the faux-Cyrillic in the new comedy The Death of Stalin), and the filter’s real message is clear from the included “likes” — one from “your mom” and another from “a bot.”

The subtext is clear – Facebook, Snap wants you to know, is dominated by old people and fraud. That plays into the already-deteriorating public perception of Facebook. Over the past two weeks, in response to rising panic about privacy, bots, and a host of related revelations, Facebook’s stock has declined as much as 15%. CEO Mark Zuckerberg’s personal fortune has dropped by more money than most humans could hope to see in a hundred lifetimes.

This is just the latest public clash between the rival companies. Facebook has blatantly copied an array of Snapchat features, most prominently photo filters and the disappearing videos known as Stories. On an earnings call last year, Snap, Inc. CEO Evan Spiegel compared Facebook to Yahoo!, which in the tech world, is about on par with insulting Mark Zuckerberg’s mother.

Reminding users of Facebook’s apparent abuse of their trust could help Snap compete. Snap’s gesture is reminiscent of PR clashes last year between Lyft and Uber, when Uber stumbled in its reaction to Donald Trump’s travel ban and Lyft made an extremely well-timed contribution to the ACLU. That, too, was a bit of retribution for prior misbehavior — much as Facebook has stolen concepts from Snapchat, Uber had actively worked to undermine Lyft.

Lyft’s move (along with plenty of unforced errors by Uber) has helped Lyft take huge bites out of its opponent’s market share.

Snap’s attack is riding a wave of calls to delete Facebook, just as Lyft leveraged a boycott of Uber. While switching from Facebook to Snapchat isn’t quite the same thing, similar logic does hold — for digital platforms, what you stand for can matter nearly as much as the service you provide.