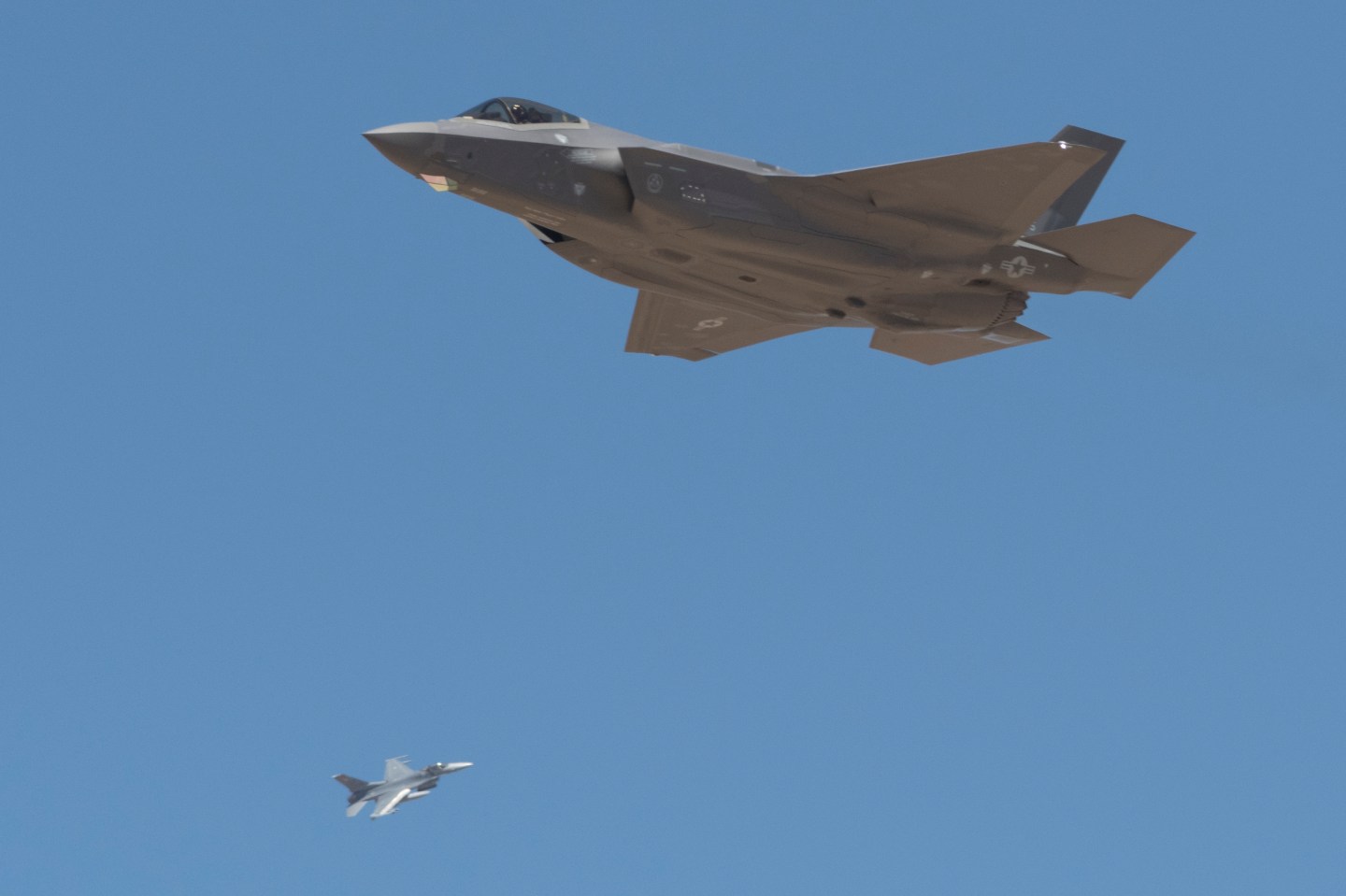 The U.S. Air Force may have to cut its purchases of Lockheed Martin Corp.’s F-35 by a third if it can’t find ways to reduce operations and support costs by as much as 38 percent over a decade, according to an internal analysis.

The shortfall would force the service to subtract 590 of the fighter jets from the 1,763 it plans to order, the Air Force office charged with evaluating the F-35’s impact on operations and budgets, in an assessment obtained by Bloomberg News.

While the Defense Department has said it has gained control over costs for developing and producing a fleet of 2,456 F-35s for the Air Force, Navy and Marine Corps — now projected at $406 billion — the internal analysis underscores the current and looming challenges of maintaining and operating the warplanes.

It may cost as much as $1.1 trillion to keep the F-35s flying and maintained through 2070, according to the current estimate from the Pentagon’s independent cost unit.

A chart in the Air Force analysis, which was completed in December, said the service has “very limited visibility into how” increasing funds going to Lockheed for “contractor support” are spent.

The analysis represents the first public disclosure of the potential impact if support costs aren’t reduced. Using figures developed in 2012, the Air Force faces an annual bill of about $3.8 billion a year that must be cut back over the coming decade.

The Air Force analysis doesn’t represent anything close to a final decision, according to spokeswoman Ann Stefanik. The potential reduction in aircraft was a “staff assessment on aircraft affordability. It’s premature for the Air Force to consider buying fewer aircraft at this time,” Stefanik said.

The Air Force is working with the Pentagon’s F-35 program office to reach the 38 percent reduction in operation and support costs through 2028 from the $38 billion calculated in 2012, she added.

The long-term support concerns are on top of current F-35 challenges including parts shortages, unavailable aircraft and technical issues that must be resolved as the program ends its 17-year development phase. In September, the F-35 is to begin as much as a year of rigorous combat testing that’s required by law. Successful testing would trigger full-rate production, the most profitable phase for Lockheed, as soon as late 2019.

The F-35 program is accelerating: Congress bankrolled 90 jets, or 20 more than requested, in the spending bill for the current fiscal year.

Half of the operations and support expenditures are tied to Lockheed’s costs and include “program management, depot maintenance, part repair, software maintenance, engineering,” Stefanik said. Those costs “are growing with the increase in flight hours. The Air Force is working to gather visibility into cost data to better understand the rationale for the growth,” she said.

The remaining costs are managed by the Air Force, including military personnel and fuel, she said. Upkeep costs for the F-35 are also a challenge for allies buying the plane, including the U.K., Australia and Italy.

Stephen Lovegrove, the U.K.’s No. 2 civilian defense official, told reporters Tuesday at a Defense Writers Group breakfast in Washington that although the F-35 “is doing everything we hoped it would do,” his country also is grappling with the size and scope of the future support costs for a “very, very complicated platform.”

Lovegrove, the permanent secretary of the Ministry of Defence, said he’d be discussing the “slightly unknown territory” of long-term costs in meetings with F-35 program officials. The U.K. is buying 138 of the Marine Corps version of the F-35 designed to be flown off aircraft carriers.

“I am constantly being asked by parliamentarians in the U.K. what the total cost is going to be and they are sometimes, understandably, a bit frustrated when I have to tell them, ‘At the moment nobody is entirely sure,’” Lovegrove said.

The U.S. Government Accountability Office said in an October report that “there is little doubt” the F-35 “brings unique capabilities to the American military, but without revising sustainment plans” the military “is at risk of being unable to leverage the capabilities of the aircraft it has recently purchased.”

It’s a sentiment shared by Undersecretary Ellen Lord, the Pentagon’s top weapons buyer, who told reporters in January that “right now, we can’t afford the sustainment costs we have on the F-35. And we’re committed to changing that.”