Why These 3 Beaten-Down Stocks Are Poised for Big Comebacks 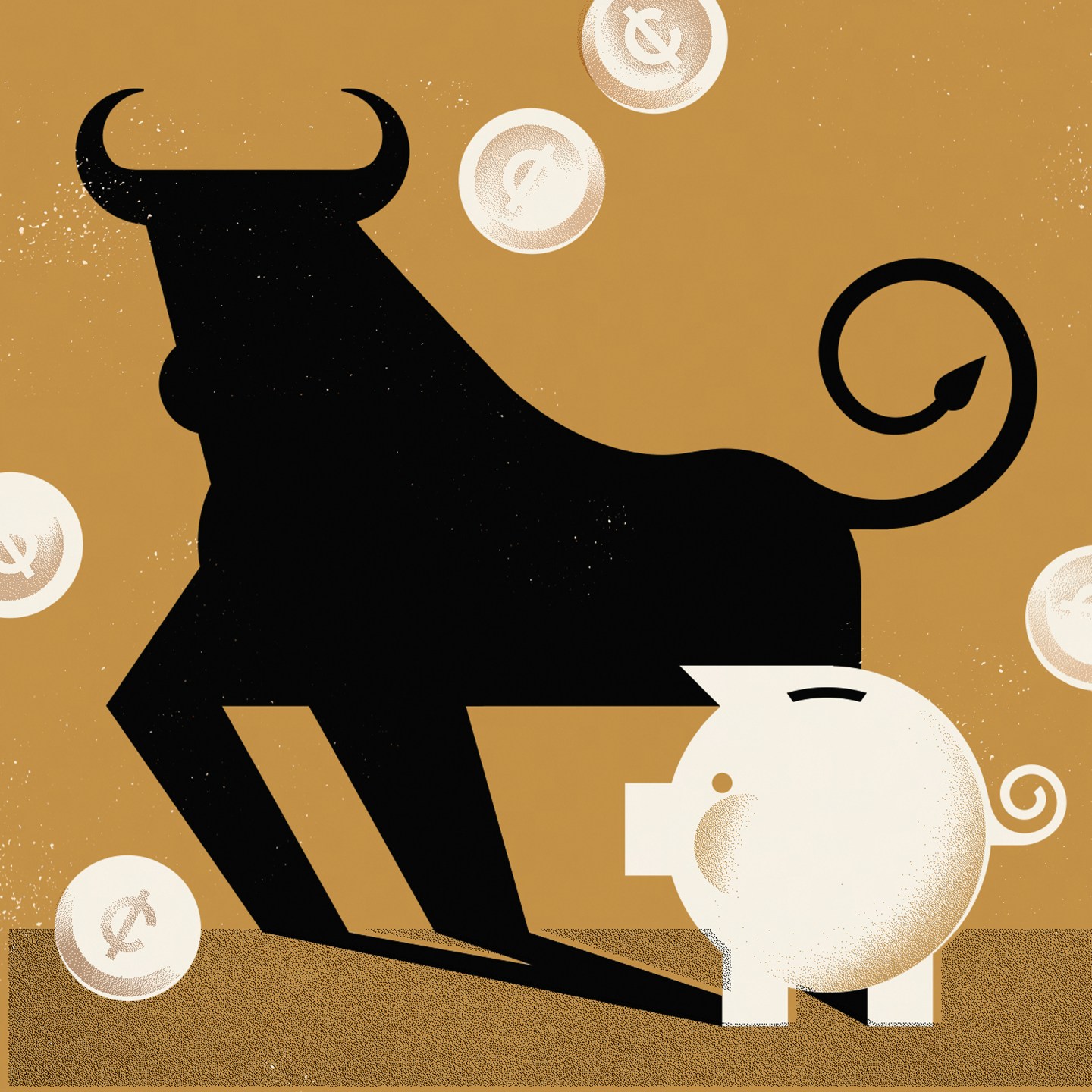 Investors have captured extravagant gains during the long postelection stock rally. But recent market turmoil reminded the world that share prices don’t always go up, as rising interest rates, sweeping technological change, and the possibility of a trade war stoked anxiety on Main Street and Wall Street. Here, the Fortune investment team offers three stocks that are poised to thrive in the new market reality—along with a glimpse of what the next market reality might look like.

It’s hard to remember a time when Amazon’s burgeoning market share wasn’t the dominant story in retail. Other companies define themselves in relationship to the online behemoth, whether they’re trying to fend it off (see: Walmart’s efforts in e-commerce), joining forces with it (see: Kohl’s offering floor space and handling returns for Amazon), or crumbling under its assault (see: Toys “R” Us). And never mind the fact that Amazon’s actual profits are slim: It’s still the stock investors favor. Over the past five years, its share price has more than quintupled, while the S&P 500 retail index has risen a pedestrian 32%.

There’s no telling when Amazon’s growth might start to level off. But the off-the-charts outperformance by its stock—and others like it—may be coming to an end.

Economic conditions over the past decade have encouraged investors to seek out “growth” stocks, shares in companies whose potential for significant revenue increases and market-share gains outweigh their sometimes-modest earnings. Now, for a host of reasons (more on those in a moment), many investors see the tide shifting in favor of “value” stocks—steadier, less flashy performers whose shares look underpriced relative to the rest of the market. And that shift could create healthy gains among some long-neglected companies.

Growth’s recent victory over value has been both stark and historic. Since the beginning of 2008, the Russell 3000 growth index outperformed its value counterpart by more than 70 percentage points, returning 10.3% annually, compared with 7% for value stocks. That’s the longest period of outperformance by growth over 40 years of tracking the two styles, according to LPL Financial.

The dynamics of the Great Recession and its aftermath help explain why that margin got so wide. The U.S. economy recovered, but only sluggishly, with GDP growth remaining under 3% every year since 2006. LPL chief investment strategist John Lynch explains that when overall growth becomes hard to find, “that’s when growth stocks will outperform.” Investors will pay a premium for companies that can show a path to revenue increases, even when times are lean and consumers’ wallets are shut. The low interest rates that the Federal Reserve relied on to kick-start the economy, meanwhile, fed this same dynamic, making it easier for fast-growing companies to borrow money to grow further—and making bond interest look unattractive compared with stock dividends.

Under conditions like these, outlier companies that can grab market share get even more investor attention than usual. In January, Bank of America reported that the gap in growth expectations between top firms and also-rans in the same industry is wider than it has ever been. And that gap has been reflected in winner-take-all stock market results: Since 2015, Facebook, Amazon, and Netflix combined have returned 92% annually, on average, compared with just 12% for the S&P 500 growth index.

Today, however, the rest of the economy is beginning to catch up with the outliers. According to FactSet, the average quarterly earnings increase for S&P 500 companies from 2012 to 2016 was 2.5%. That changed in 2017, culminating in the fourth quarter, which saw a growth rate of 14.8%. And value stocks, it turns out, tend to do better as overall corporate earnings rise.

For starters, consumer discretionary companies, whose performance tends to be cyclical, account for a large segment of the value-stocks universe—and their profits and shares rise, as a rule, when customers can spend more. Growth stocks are also more hurt than value stocks by rising rates, says Savita Subramanian, head of U.S. equity strategy at Bank of America Merrill Lynch. As inflation rises in tandem with economic growth, growth stocks’ future potential profits look less enticing compared with the steady profits of value companies, many of which are in industries where they can pass their costs through to customers. (Rising interest rates also tend to boost bank earnings; for recommendations in that sector, see “Stocks for the Vault.”)

All of these factors are combining now to create a value-stock moment. Two-year Treasury bond yields rose above the average S&P 500 stock dividend in January for the first time since 2008. The Federal Reserve expects to increase interest rates three times this year. It’s also shedding some of the bonds it took on to its balance sheet after the Great Recession. And in the six previous periods since 1948 when the Fed shrank its balance sheet, Subramanian found, value stocks had a median return of 37% compared with 27% for growth names.

In this environment, shopping selectively for strong but underpriced companies could pay off big for investors. To be sure, underpriced stocks are often cheap for a reason, because something has gone wrong, either internally or at the sector level, to deflate the share price. Sometimes that trouble makes for a grim longer-term outlook: General Electric, for example, has seen its stock fall 51% in the past year, but stalled growth and a tangled web of liabilities from its former GE Capital unit make it a stock to be wary of. Still, successful value investors look past short-term concerns to determine whether a company’s balance sheet is strong, or if the market has overplayed the downside, or if it’s positioned to benefit from trends overlooked by other investors. Here are three stocks that stand up to such scrutiny.

Procter & Gamble (PG) waged a number of battles last year with activist investor Nelson Peltz, who succeeded in gaining a board seat after months of fighting. The feud threw more light on P&G’s recent woes, especially its declining market share in some key product lines. P&G’s razor business, for example, which includes Gillette, has faced low-priced competition from Dollar Shave Club and Harry’s that attracted millennial dollars, and its global market share dropped from 70% in 2014 to 65% today. “People have given up on them,” says Phil Davidson, portfolio manager at the $13 billion, value-focused American Century Equity Income Fund. But the company, which has $65 billion in annual sales, carries relatively little long-term debt, which gives it flexibility to invest in new product lines and acquisitions to reinvigorate itself. In its most recent earnings statement, P&G said that 27 of its 50 largest category groups are now either sustaining or growing their market share, up from 22 last year. And investors can reap a 3.5% dividend yield while they wait for the ship to steady.

Few industries have been hit harder in recent years than energy, and the oilfield service provider Schlumberger (SLB) epitomizes both the sector’s struggles and its opportunities. As the price of crude sank to $35 a barrel in early 2016, its stock fell 41% from its all-time high of two years earlier. During oil’s deep decline, Schlumberger offered to drill in oilfields that were on hiatus in exchange for a share of future production, a move that was “very controversial” and has yet to pay off, says Colin Davies, an analyst at Bernstein. The company has also been slow to benefit from oil’s recovery, because it has less exposure to shale drilling and more reliance on offshore production, which is more expensive. Still, the gradual rebound in crude prices is boosting the company’s fortunes, as Schlumberger has started to redeploy its workforce toward more traditional business lines. Phil Davidson sees the company’s prospects rising with those prices, so much so that if oil has a very long rally, “we will probably be out of the stock,” selling to take profits.

In a sign of the forces reshaping health care, CVS Health (CVS), a pharmacy and retail giant with $185 billion in revenue, announced in December that it would buy insurer Aetna for $69 billion. The acquisition would make CVS a vertically integrated company in the pharmacy and health care space, capturing sales from insurance down to retail and increasing its pricing power. Still, its 2018 price-to-earnings ratio of 10 is at a significant discount to the vertically integrated health care provider UnitedHealthcare—a reflection of fears among investors that the deal won’t go through. Assuming the merger is consummated, Westwood Holdings Group senior portfolio manager Matthew Lockridge believes it’ll be an “absolute game changer,” and that CVS’s P/E will grow closer to UnitedHealthcare’s multiple of 21. And if that doesn’t happen, CVS is still an enticingly cheap company with a dividend near 3%.