This Sustainable, Trump-Tariff-Hiked Budweiser’s for You 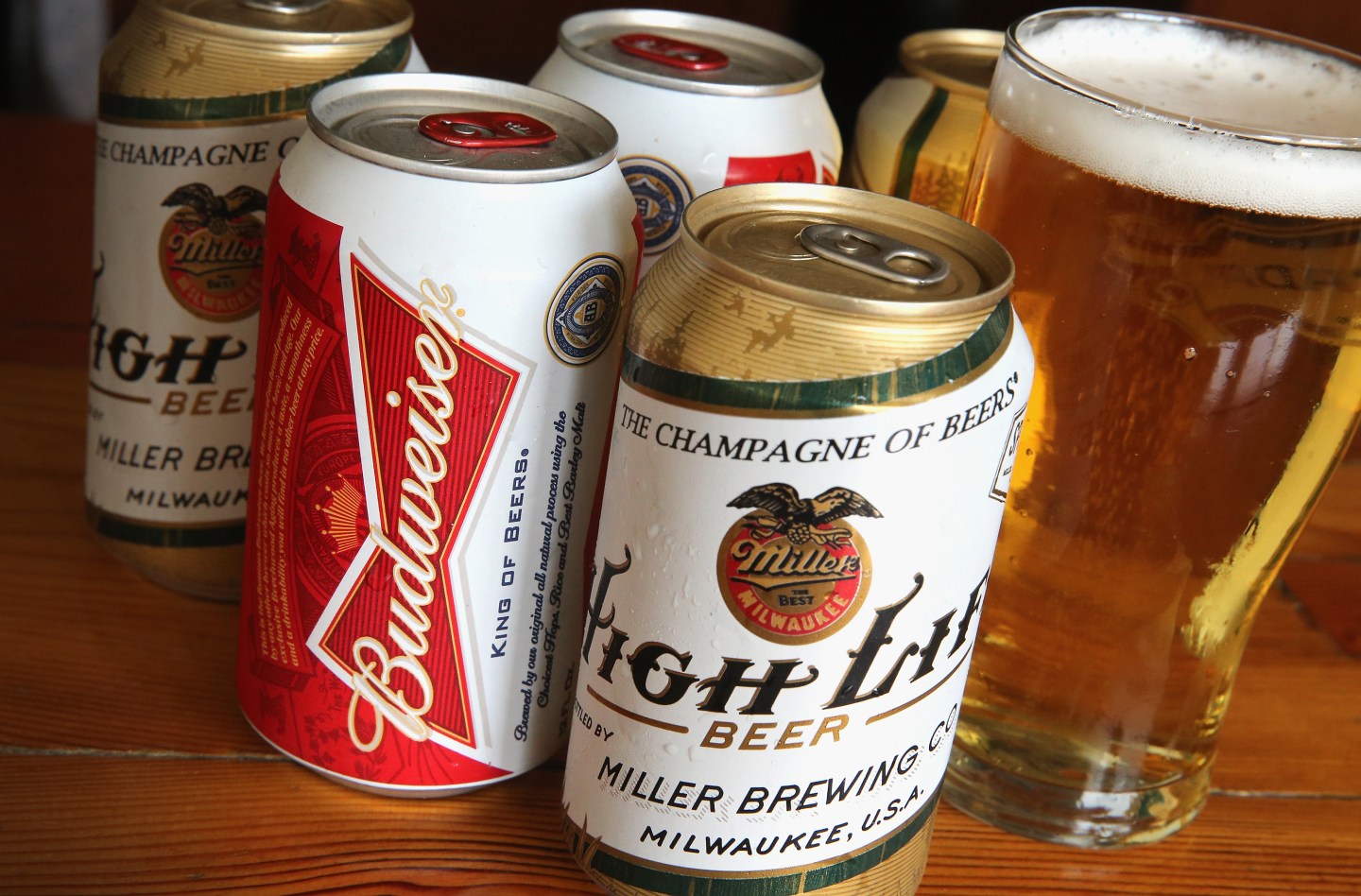 In this photo illustration, cans of Miller High Life and Budweiser beer that are products of SABMiller and Anheuser-Busch InBev (respectively) are shown on September 15, 2014 in Chicago. Illinois. Shares of SABMiller have surged to an all-time high today on speculation of a takeover bid by Anheuser-Busch InBev, the world's largest brewer. (Photo Illustration by Scott Olson/Getty Images)
Scott Olson—Getty Images

Budweiser’s owner needs to lift the brand’s sinking fortunes in the U.S. Its latest move? Letting you know the beer’s been made using only clean sources of power such as wind and solar.

Starting next month, Anheuser-Busch InBev NV will slap a battery symbol along with the phrase “100 percent” on its cans to let drinkers know it’s produced from renewable energy. But there’s a potential glitch in the world’s largest brewer’s hopes for reinvigorated sales: Those Budweiser cans could cost as much as 3 percent more before inflation once U.S. President Donald Trump’s 10 percent tariff on aluminum imports is implemented, Chief Executive Officer Carlos Brito said in an interview in New York.

“Budweiser is going to be carrying the flag for renewable energy around the world,” said Brito, who expects AB InBev to produce all of its beers using renewable energy by 2025. To meet those goals, the company anticipates that its partners will invest about $2 billion in renewable energy, a spokeswoman said.

The maker of Stella Artois and Corona lagers joins a chorus of businesses seeking to do well by doing good, from Unilever’s ambitions to lessen air pollution in China to Nestle SA’s acquisitions of sustainably sourced fare. The move is expected to shore up Budweiser’s declining revenue from the U.S., the brand’s largest market, which contributed to a 3 percent fall in the company’s sales to retailers in that country last year. AB InBev is also focused on addressing water scarcity through its Stella Artois brand’s partnership with the Water.org charity, Brito said.

While the brand enjoys strong demand abroad, the retail value of Budweiser sales in the U.S. has fallen 17 percent to $3.3 billion from 2010 through 2016, according to data tracker IWSR. Bud Light was down 14 percent, to $7.4 billion. Those beers are set to become more expensive on the back of Trump’s move to add levies to aluminum imports, which AB InBev has urged him to reconsider. About half of the company’s beers sold in the U.S. are canned or bottled in aluminum, AB InBev has said.

“When you put tariffs on aluminum in the U.S., for sure that will increase the price of beer for consumers,” Brito said. “For example, 10 percent on aluminum at the current prices, that will represent 2 percent to 3 percent more pricing for the consumer. That’s more than inflation.”