The Best Design Is About Creating a Seamless Experience, Says Samsung’s Design Chief 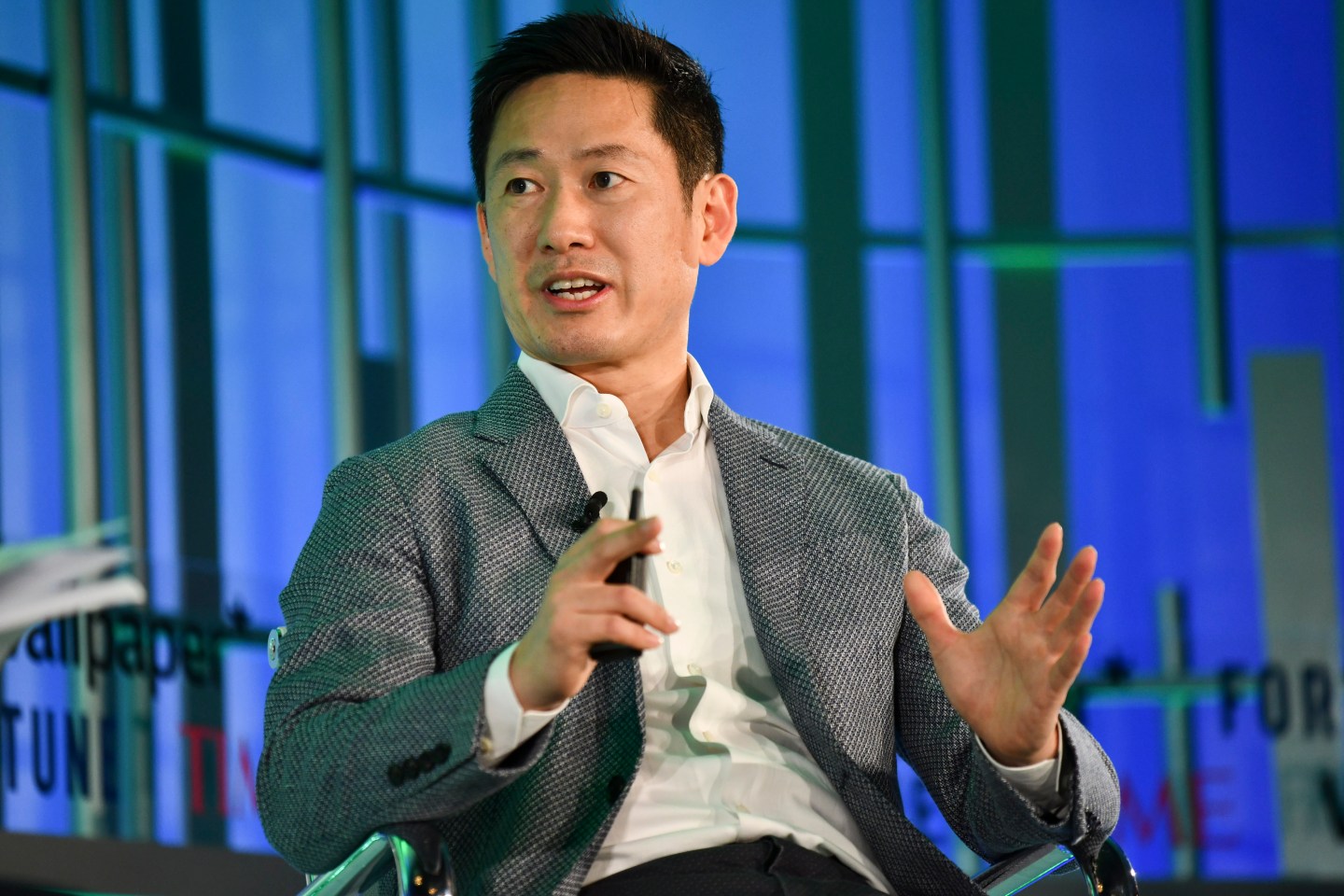 015 Fortune Brainstorm Design 2018 Wednesday, March 7th, 2018 Singapore 09:55 - 10:15 MEANINGFUL AND CUTTING EDGE: DESIGNING FOR CONNECTED CONSUMERS “Good design” can no longer be dependent on beauty and functionality but on whether it is meaningful to the people it serves. The leader of Samsung’s award-winning design team shares a rare glimpse into the creative strategy behind some of their most recent innovations and how the company’s unique design philosophy guides all aspects of the business. Don-Tae Lee, Executive Vice President and Head, Corporate Design Center, Samsung Electronics Interviewer: Clay Chandler, Brainstorm Design Photograph by Stefen Chow/Fortune
Stefen Chow/Fortune

If good design is about creating a seamless experience, there are few who understand this better than Samsung’s (SAMSUNG-CT) executive vice president Don-Tae Lee, who spoke with Time Inc. executive editor Clay Chandler at the Brainstorm Design conference in Singapore Wednesday.

“We always think of how we can create sense of seamlessness and cohesiveness across our products so we can deliver a singular experience to consumers,” Lee said. As the head of Samsung’s seven corporate design center studios (only his second job, Chandler noted), Lee oversees a staff of over 1,500 designers working to harmonize Samsung’s diverse family of products — from smartphones and TVs to home appliances and computing devices. When a customer is using a Samsung product, Lee said, the experience must be identifiable as one that flows from a Samsung product. “That’s the kind of seamless experience we try to achieve,” he told Brainstorm Design.

Samsung was then reeling, battling smartphone rivals Apple (AAPL) in a costly lawsuit and seeing off competition from Chinese upstarts Xiaomi (XIAOMI), and Huawei (HUAWEI). The South Korean tech and electronics giant’s last quarter profits dropped 37% in 2014, while reviews found its flagship Galaxy S5 smartphone a lackluster reboot of the S4.

Lee has since overseen a reinvention of Samsung’s design identity by helping “move the brand of Samsung” from being a technology-driven company to being “a user-and life-style centric brand.” The company is also stepping up to competitors Apple and Google in the next major tech battlegrounds: smart home appliances like the Frame TV, a new television that’s “designed as a beautiful object, whether turned on or off,” Lee said, after Samsung learned that most consumers spend four hours per day watching TV — meaning 20 hours per day, the television was turned off. “We realized that the TV needs to be branded into the home environment,” Lee said, by allowing users to customize their “off” display with famous pieces of art, or family photos.

Another product, Family Hub, promises to “change the pattern with the kitchen environment,” often the heart of a family home. With a smart refridgerator at its core, Family Hub aims “to combine different products in the home environment” with an interactive screen that will help simplify domestic tasks, Lee said.

Read more: ‘We’re Going to Get Better at This.’ Samsung Is Still Betting Big on the Smart Home

Samsung also presented a slew of new digital Smart apps at CES 2018 that connect users in their cars to all of their SmartThings-enabled home appliances via a “digital cockpit,” Lee said. Users can turn on lights, or turn up their heating before even entering the house.

In fact, combining new digital opportunities with the experience of driving a traditional car is “one of the biggest challenges” facing designers today, Lee said. That’s where seamlessness comes in again. Focusing on user experience helps Samsung’s global design teams “coordinate” their efforts in markets across the world and create “products in the home environment to work together,” Lee said.

“We respect the consumer and we try to make meaningful innovations inspired by consumers to create the future.”