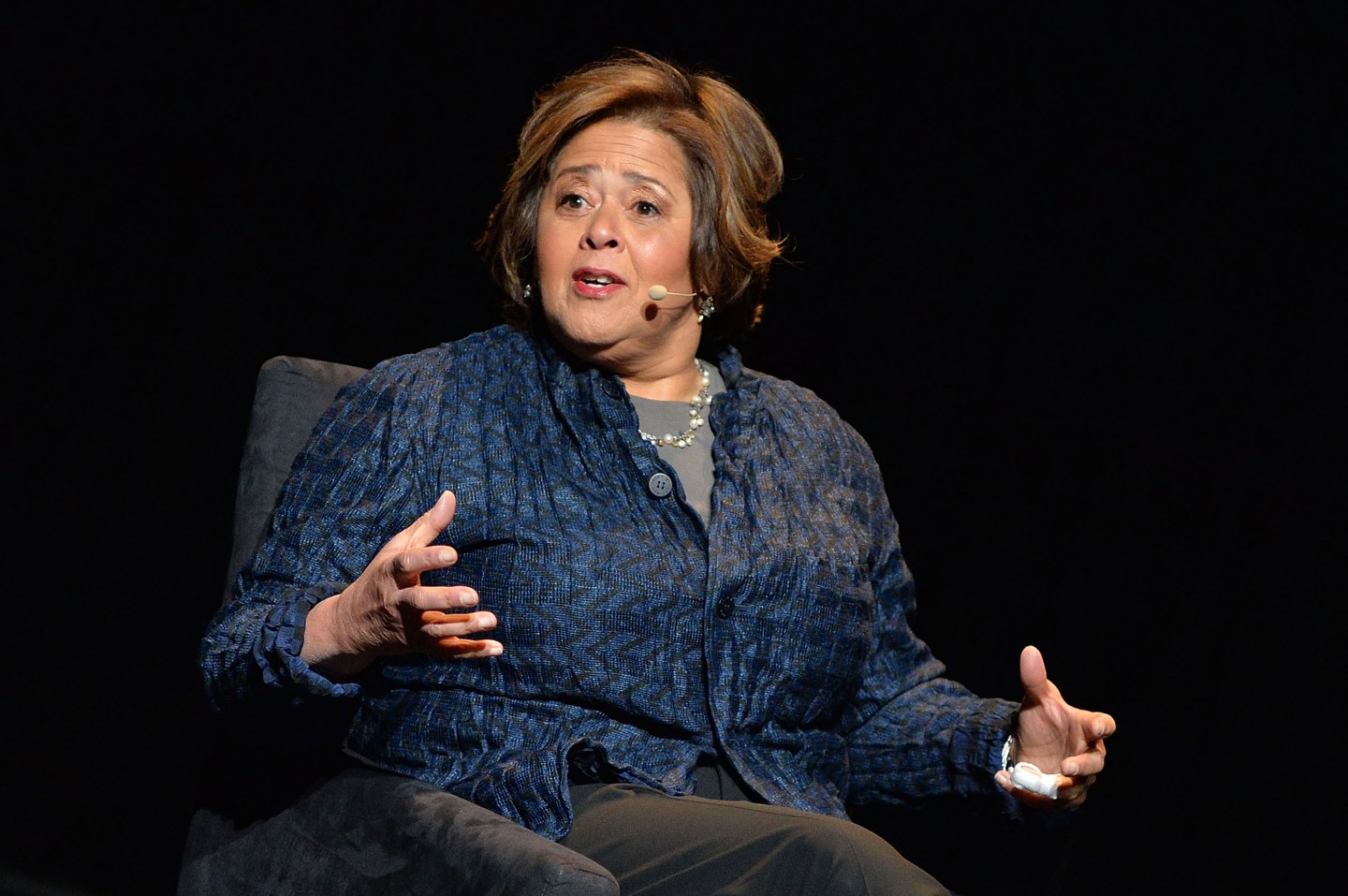 Take a few moments today to imagine life from the perspective of someone very different from you. Then speak their words as if they were your own. Would it change how you feel about them? How you might advocate for them?

Applied empathy is the promise of this film adaptation of a stage play by Anna Deavere Smith, currently streaming on HBO. “Notes From the Field” is a documentary solo performance based on some 250 separate interviews and focused on the criminal justice system. In the film, you’ll meet eighteen real people, each with unique perspectives about the school to prison pipeline, including Rep. John Lewis and Kevin Moore, the man who accidentally videotaped the Baltimore police beating Freddie Gray. Smith brings each one to life in ways that defy explanation.

Writer Jamil Smith, who calls the playwright the most empathetic woman in America, frames her work as a radical extension of the extraordinary lengths black people have to go to “perform empathy” in a world “built to render them and their pain invisible, a world that demands they empathize with the very people who inflict that pain on them.”

What Smith gives us in her plays is different than the average citizen’s brand of empathy. She takes on the personas of folks from every state and tells their stories and truths, empathizing with virtually anyone to ensure that we hear everyone. Beyond the controversial subjects her plays tackle, the uncanny ability to empathize is a lesson that we should take from her art.

The play is the centerpiece of a broader social justice initiative called “The Anna Deavere Smith Pipeline Project,” which explores through interviews and public conversations how young people in under-resourced communities often find their way into the criminal justice system.

“I was stunned, about five years ago, to learn of something called ‘the school-to-prison pipeline,’” she writes on her website, citing U.S. Justice Department statistics that showed that black, brown and indigenous children are suspended and expelled more frequently than their white counterparts, and more likely to enter prison at some point. “Schools that work as sorting mechanisms are deep in our American DNA, whether the sorting is meant to find talent and aptitude, whether it is meant to weed out those who slow ‘us’ down, or whether it is meant to keep races and social classes apart.”

She supports an end to the pipeline through legal challenges, education reform, and policy change, but then she calls for something more radical.

“We have fine law schools in this country. Could you ever imagine The Graduate School of Empathy and Love? I know that sounds ridiculous,” she writes. But empathy is a skill that could be developed and should be as revered as business savvy or athletic achievement, she says. “We need a generation of leaders who are as loving as they are strategic.”

As states re-think felony disenfranchisement laws, two are allowing incarcerated people to vote from prisonMaine and Vermont are the two states who allow incarcerated people to vote, and advocates say political engagement can have a rehabilitative effect on inmates. New Jersey, with a newly democratic legislature, plans to follow suit.  It’s hard to tell how many prisoners are actually voting, and prisoners with out-of-state residencies are not eligible. But it’s made a difference for some. "It committed me to prison reform, social reform, to work in social justice," says a formerly incarcerated Maine man who voted for Obama in 2008. He’s since been released and has earned a master’s degree. But other states have been revisiting their voting restriction laws; Alabama, Maryland and Wyoming have recently made it possible for released felons to vote again.NBC News

White supremacy is the conscious or unconscious belief or the investment in the inherent superiority of some, while others are believed to be innately inferior. And it doesn't demand the individual participation of the singular bigot. It is a machine operating in perpetuity, because it doesn't demand that somebody be in place driving.Michael Eric Dyson