Comcast Just Bid $31 Billion to Buy Sky Out From Under Rupert Murdoch and Fox. Here’s What You Need to Know. 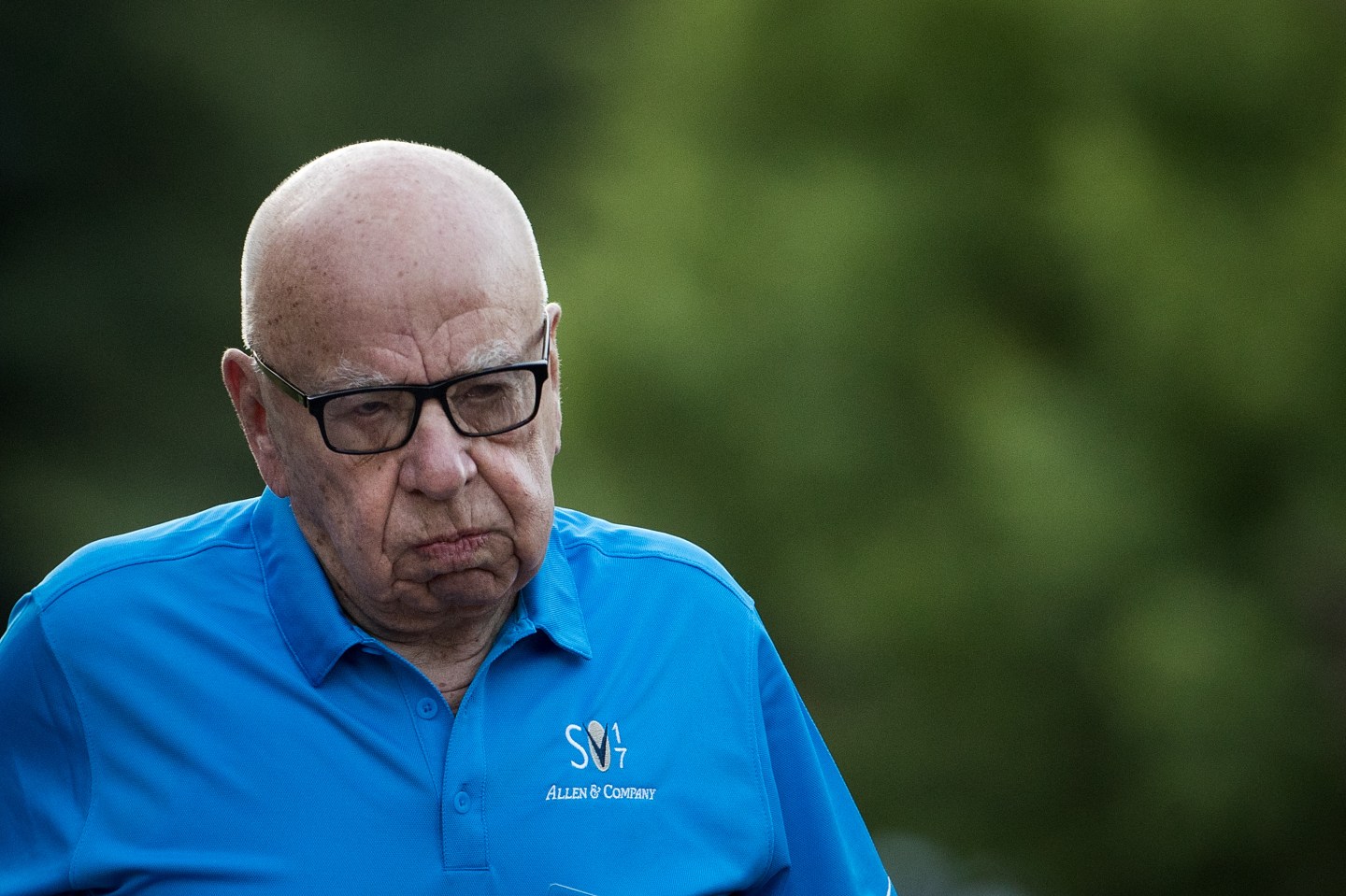 Comcast on Tuesday launched itself into the middle of the planned takeover of the British broadcast giant Sky by 21st Century Fox, with a competing bid that represents a significant increase over that offered by Fox.

It’s a sudden move that makes a turbulent merger even more uncertain. Here’s what you need to know:

What was happening before today?

21st Century Fox, which was created when Rupert Murdoch’s old News Corporation split in 2013, already has a controlling stake of just over 39% in Sky, which also had its roots in the Murdoch media empire.

In 2010, News Corporation tried to completely take over Sky (at the time known as BSkyB). That attempt was sunk by the News International phone-hacking scandal, which created strong political pushback.

So at the end of 2016, Fox tried again. This time, after Fox and Sky agreed on a deal, the British government forced the agreement to undergo scrutiny by the country’s Competition and Markets Authority (CMA).

In December last year, while the regulator was examining the proposed Fox-Sky merger, Walt Disney stepped in with an offer to buy much of Fox, including its existing stake in Sky. Its rival in that bid was Comcast, which dropped out of the running in mid-December.

However, while some expected Disney’s proposed Fox takeover to ease the British regulators’ concerns over the Fox-Sky purchase putting too much power in the Murdoch clan’s hands, the CMA in January provisionally rejected the Fox-Sky merger. The authority said the only way the deal could go ahead would be if there could be some way of stopping Murdoch—who also owns the U.K.’s biggest newspaper, The Sun—from influencing Sky’s news output.

And what happened today?

Comcast has now offered £12.50 ($17.46) per share of Sky, which is 16% higher than Fox’s offer and would give Sky an equity value of $31 billion. The stated aim of the proposal is to give Comcast a strong foothold in the European market.

“We think Sky is an outstanding company,” said Brian Roberts, Comcast’s CEO. “It has 23 million customers and leading positions in the U.K., Italy, and Germany.”

A Sky buy would be a very big deal for Comcast, taking its international earnings from a 9% share of total revenues to a full quarter. It’s also potentially a good way for Comcast to expand, given that it faces regulatory constraints to further growing its infrastructure business back home in the U.S.

Fox’s offer represented £10.75 per Sky share. However, even before Comcast’s surprise offer came in, Sky’s shares were trading at £11.05 at the close of Monday trading. This is partly because Sky recently won improved rights to show Premier League soccer games. Either way, Fox’s offer was already looking on the light side.

At the time of writing on Tuesday morning, in the immediate wake of the Comcast announcement, Sky’s shares have shot up by more than 20% to £13.27, outstripping the price offered by either suitor.

“Since no firm offer has been made at this point, shareholders are advised to take no action,” Sky said in a statement. “A further announcement will be made as and when appropriate.”

The CMA is due to give its final report on the Fox-Sky merger in May, and Fox said in January that it hoped to have cleared regulatory approval by the end of June.

As Comcast has now come into the mix with an aggressive counter-offer for Sky, Fox has more than just regulatory approval to worry about—particularly as a Comcast takeover would provide none of the media plurality issues that have so concerned the CMA.

There is also a possibility that—if Disney does buy Fox’s existing Sky stake—Disney and Comcast could end up co-owning Sky, as the Daily Telegraph‘s Chris Williams noted in a tweet.

Neither Fox nor Disney had responded to a request for comment at the time of writing.

This article was updated to note Sky’s statement.