Rupert Murdoch’s Sky Takeover Has Been Temporarily Blocked by a U.K. Regulator 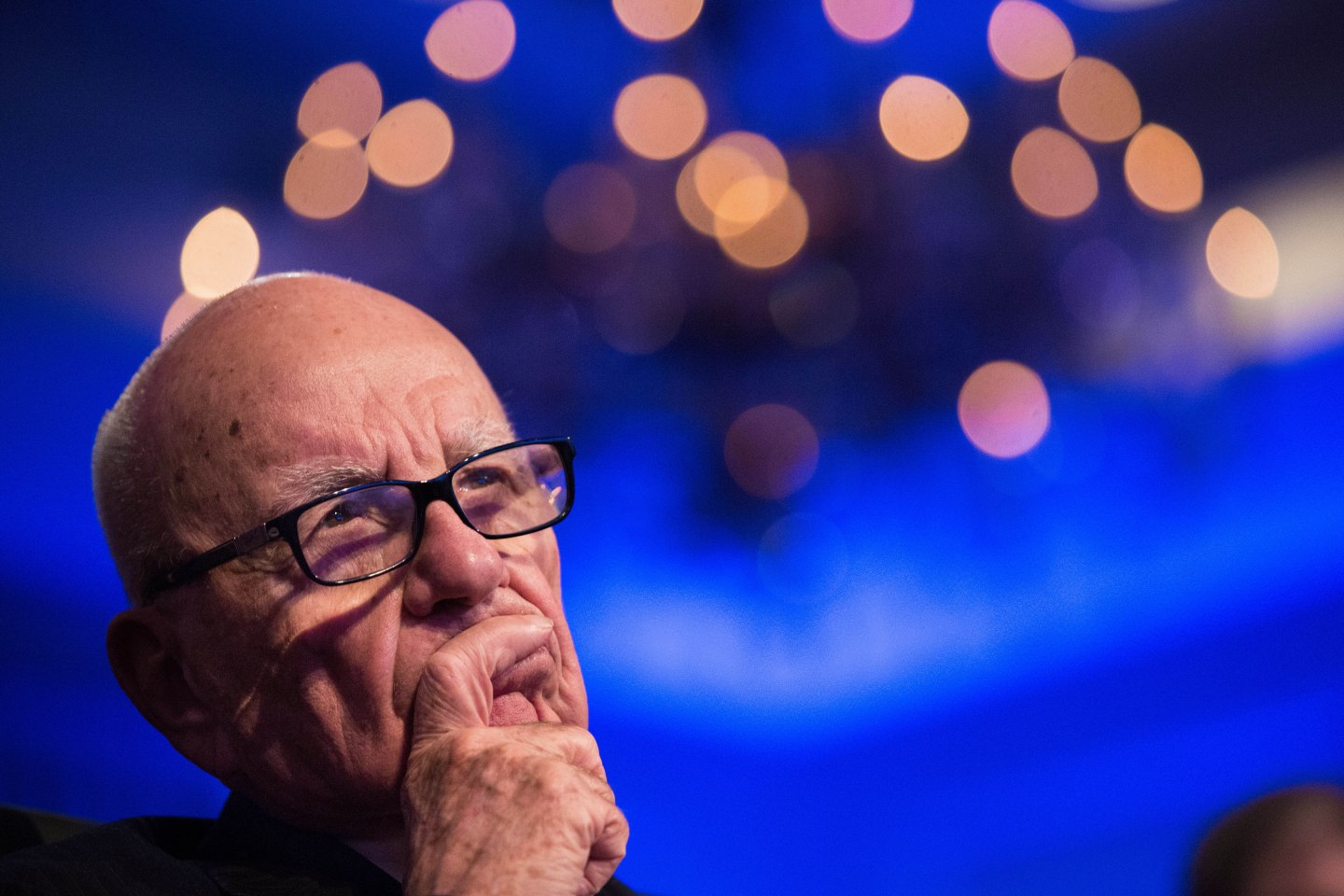 FILE: Rupert Murdoch, chairman of News Corp., listens as U.S. President Barack Obama, not pictured, speaks at the Wall Street Journal CEO Council annual meeting at the Four Seasons Hotel in Washington, D.C., on Tuesday, Nov. 19, 2013. For decades, investors, analysts, busybodies, columnists and gossips have loved to chew over the ultimate media-dynasty question: When Rupert Murdoch was at long last forced to step down -- whether for age, coup or scandal -- which of his children would assume the throne of his vast empire? James or Lachlan or Elisabeth? Now we know the answer. Our editors select the best archive images of the Murdoch family. Photographer: Drew Angerer/Bloomberg via Getty Images
Drew Angerer— Bloomberg/Getty Images

Britain’s competition regulator told Rupert Murdoch his $15 billion takeover of Sky was not in the public interest and would be blocked unless there was a way to prevent the tycoon from influencing the network’s news output.

The initial ruling complicates a plan by Walt Disney Co (DIS) to buy the majority of Murdoch’s assets, including Sky. Disney had hoped that Murdoch would have taken full control of the European broadcaster by the time the U.S. group completed its takeover.

Murdoch’s Twenty-First Century Fox (FOX) agreed to buy the 61% of Sky it did not already own in December 2016, re-igniting a political row about the influence he wields through his ownership of newspapers and his current 39% stake in Sky, the biggest pay-TV platform.

The government, which will take the final decision on the deal, asked the Competition and Markets Authority to judge if Murdoch had too much influence in Britain and would uphold broadcasting standards.

For more about the Disney-Fox deal, watch Fortune’s video:

The CMA said on Tuesday that the deal as proposed went against the public interest because it would give the Murdoch family too much control over the provision of news.

It said possible ways to resolve its concerns about Murdoch’s influence in Britain could include spinning off or divesting Sky News, or insulating Sky News from Fox’s influence. A third option is to block the deal outright.

The regulator did however clear Murdoch on the issue of broadcasting standards, saying that recent allegations of sexual harassment at his Fox News organization in the United States did not call into question his commitment to upholding standards in Britain.

“We have provisionally found that if the Fox/Sky merger went ahead as proposed, it would be against the public interest,” the CMA’s Anne Lambert said.

“It would result in the Murdoch family having too much control over news providers in the UK, and too much influence over public opinion and the political agenda.”

Fox said it was disappointed about the provisional judgment, although it welcomed the decision that it had a genuine commitment to broadcasting standards.

It said it would continue to engage with the CMA ahead of the final report in May, and it anticipated approval of the deal by June 30.