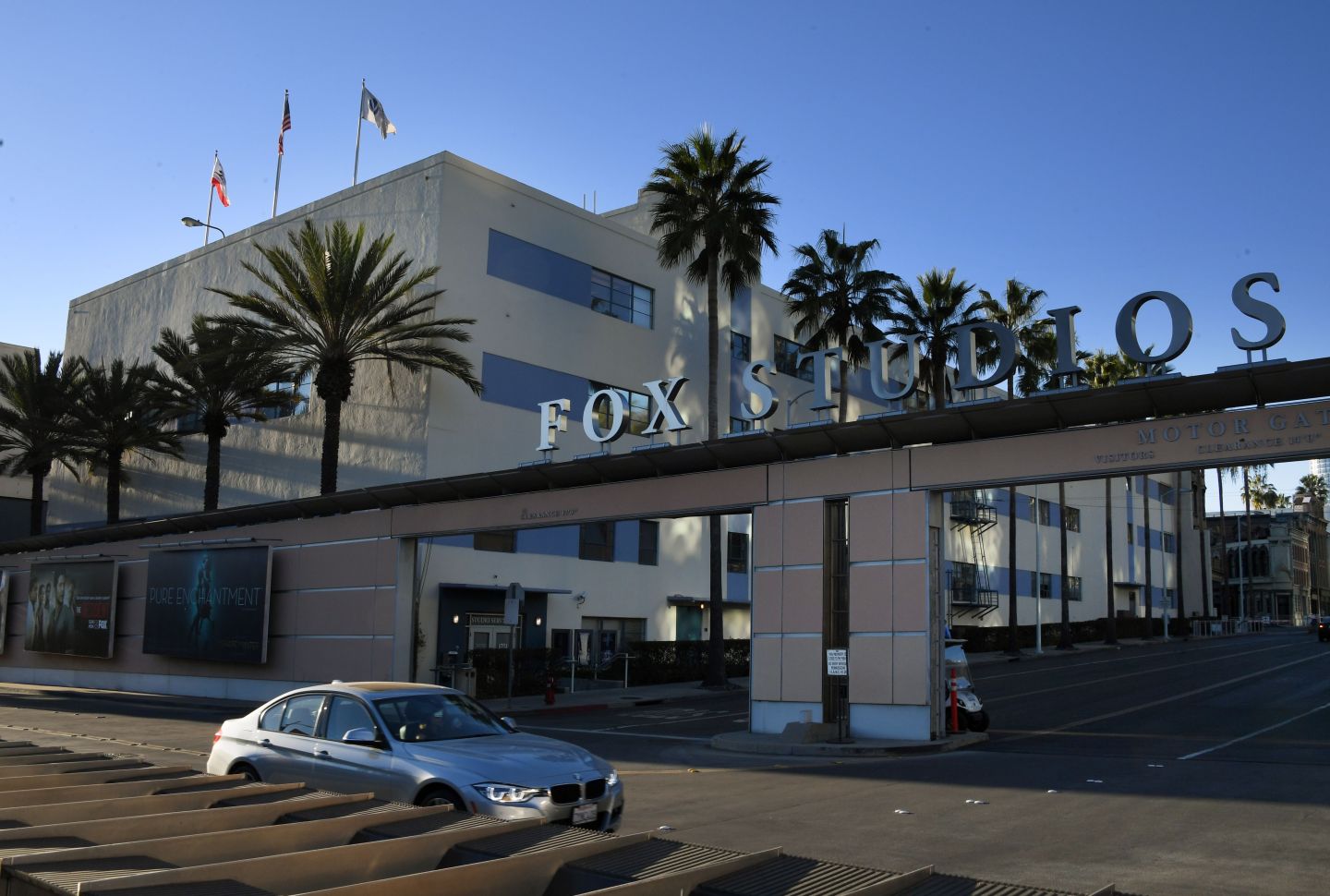 The Fox Studios in West Los Angeles, California, on December 13, 2017. Walt Disney Co. and 21st Century Fox shares were in the spotlight on December 13, 2017, amid reports the two media-entertainment powerhouses were readying a major deal. The Wall Street Journal reported the deal -- in which Disney would acquire the famed Fox Hollywood studios and key television operations of the Murdoch family-controlled group -- could be announced as early as Thursday. / AFP PHOTO / Mark RALSTON (Photo credit should read MARK RALSTON/AFP/Getty Images)
Mark Ralston—AFP/Getty Images

Walt Disney‘s (DIS) deal to buy film, television and international businesses from Rupert Murdoch’s Twenty-First Century Fox (FOX) will value the latter at over $40 per share, or $75 billion, a person familiar with the matter said.

The deal, which is set to be announced on Thursday, will end more than half a century of expansion by Murdoch, 86, who turned a single Australian newspaper he inherited from his father at age 21 into one of the world’s most important global news and film conglomerates.

Under the terms of the all-stock deal, Fox assets that will be sold to Disney, including the Twentieth Century Fox movie and TV studio, cable networks and international operations will be valued at around $29 per share, the source said on Wednesday.

Fox‘s remaining assets, focused on news and sports, will be offered to existing Fox shareholders in a new company likely to be valued at more than $11 per share, according to the source, who asked not to be identified ahead of an official announcement.

Disney and Fox did not immediately respond to requests for comment. Fox shares ended trading on Wednesday at $32.75, giving it a market capitalization of around $60 billion. The Wall Street Journal first reported the exact terms of the deal.

The deal will mark a return by Murdoch to focus on the news business, his lifelong passion. Australian-born Murdoch inherited his father’s newspaper business in 1952 and transformed it over many years, acquiring premiere properties such as the Wall Street Journal, the London Times and the 20th Century Fox movie studio.

Murdoch’s shift to selling assets rather than buying them has come as a surprise to many who expected him to hand over the businesses to his sons, James and Lachlan.

None of the Murdochs are expected to be given board seats at Disney, according to the sources.

Disney has been struggling to bolster its TV business as cancellation of cable subscriptions is pressuring its biggest network, sports channel ESPN.

Under the deal, Disney will gain access to 46 million subscribers in three major markets, the United States, Western Europe and India, according to Barclays analysts.

It is not clear how the deal will be treated by U.S. antitrust regulators, given that it looks set to reduce competition among movie studios. The U.S. Department of Justice recently sued to block AT&T (T) $85.4 billion deal to buy Time Warner Inc, on the basis that it will raise prices for consumers and competitors.