Here’s Why the U.K. Is Playing Hardball With Rupert Murdoch’s Bid for Sky 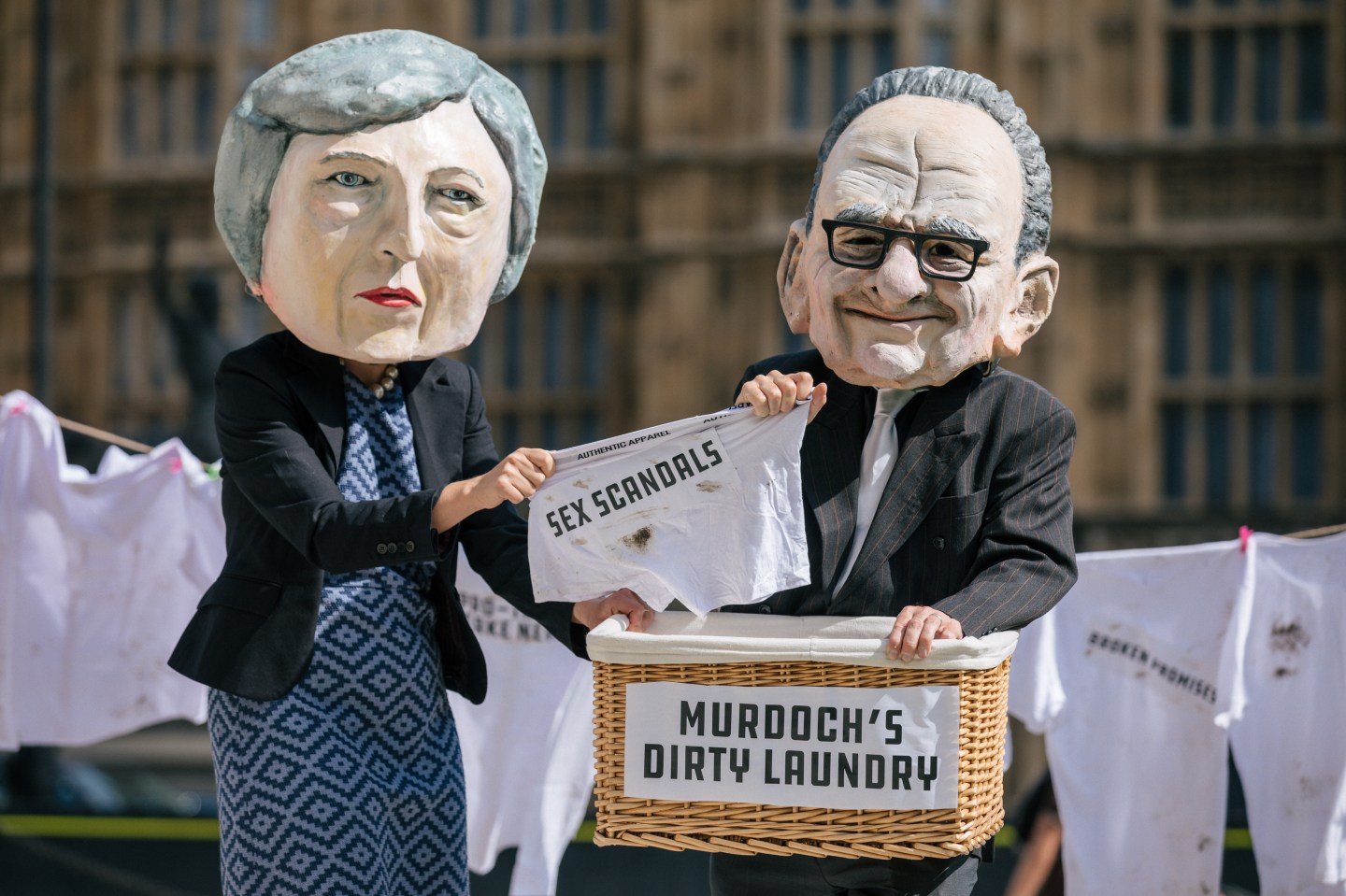 The incessant flow of stories about sexual harassment and fake news out of Fox is taking its toll on Rupert Murdoch’s empire.

The U.K. government is set to order its antitrust regulator to review 21st Century Fox’s $15 billion bid for Sky, the country’s biggest pay-TV company, not only because of concerns about “media plurality”, but also about its reporting standards and about its general corporate governance.

Culture Secretary Karen Bradley told Parliament Tuesday that she will likely refer to the Competition and Markets Authority Fox’s bid for the 61% of Sky that it doesn’t already own. That effectively gives all those with a grievance against the Murdochs’ long-standing dominance of the U.K. media space the chance to get the takeover blocked. Sky’s shares fell 3% in London on fears that the deal would now not go through.

Bradley has changed her mind since June, when she had deemed Fox a “fit and proper” owner of a broadcasting license in an initial view. Weeks of lobbying against the “Foxification” of Sky’s influential news channel, largely by liberal and left-wing lawmakers appear to have struck a chord with her.

“I consider it important that entities which adopt controversial or partisan approaches to news and current affairs in other jurisdictions should, at the same time, have a genuine commitment to broadcasting standards here,” Bradley said.

Various reports had suggested that the government had taken a dim view of Fox being named in a U.S. law suit that alleged it colluded in disseminating ‘fake news’ about the murder of Democratic staffer Seth Rich. The media regulator Ofcom had also been lobbied by lawyers representing the women whose allegations of sexual harassment against Bill O’Reilly led to his ouster earlier this year. Fox had said last month it would take Fox News out of its U.K. product offering, in what appeared to be an attempt to ease such concerns. The network had minimal audience ratings due both to its heavy U.S. focus and to its editorial stance being well to the right of the local political spectrum.

Bradley said she was “not confident that weaknesses in Fox’s corporate governance arrangements are incapable of affecting compliance in the broadcasting standards context.” Translated into plain English, that means she thought that a company capable of generating nearly $50 million in harassment-related settlements couldn’t be trusted – at least without further scrutiny – to run a news channel honestly.

While that may seem something of a logical leap, concerns about governance of the Murdochs’ media empire have run high in Westminster ever since it emerged in 2011 that their newspaper titles (now part of a separate company) had routinely hacked people’s phones (including the phone of a missing schoolgirl who was subsequently found murdered) and made improper payments to police.

Sky said in a statement that it was “disappointed by this further delay,” and pointed out that Bradley had overruled Ofcom’s view as regards broadcasting standards.

“Nevertheless we will continue to engage with the process as the Secretary of State reaches her final decision” it said.