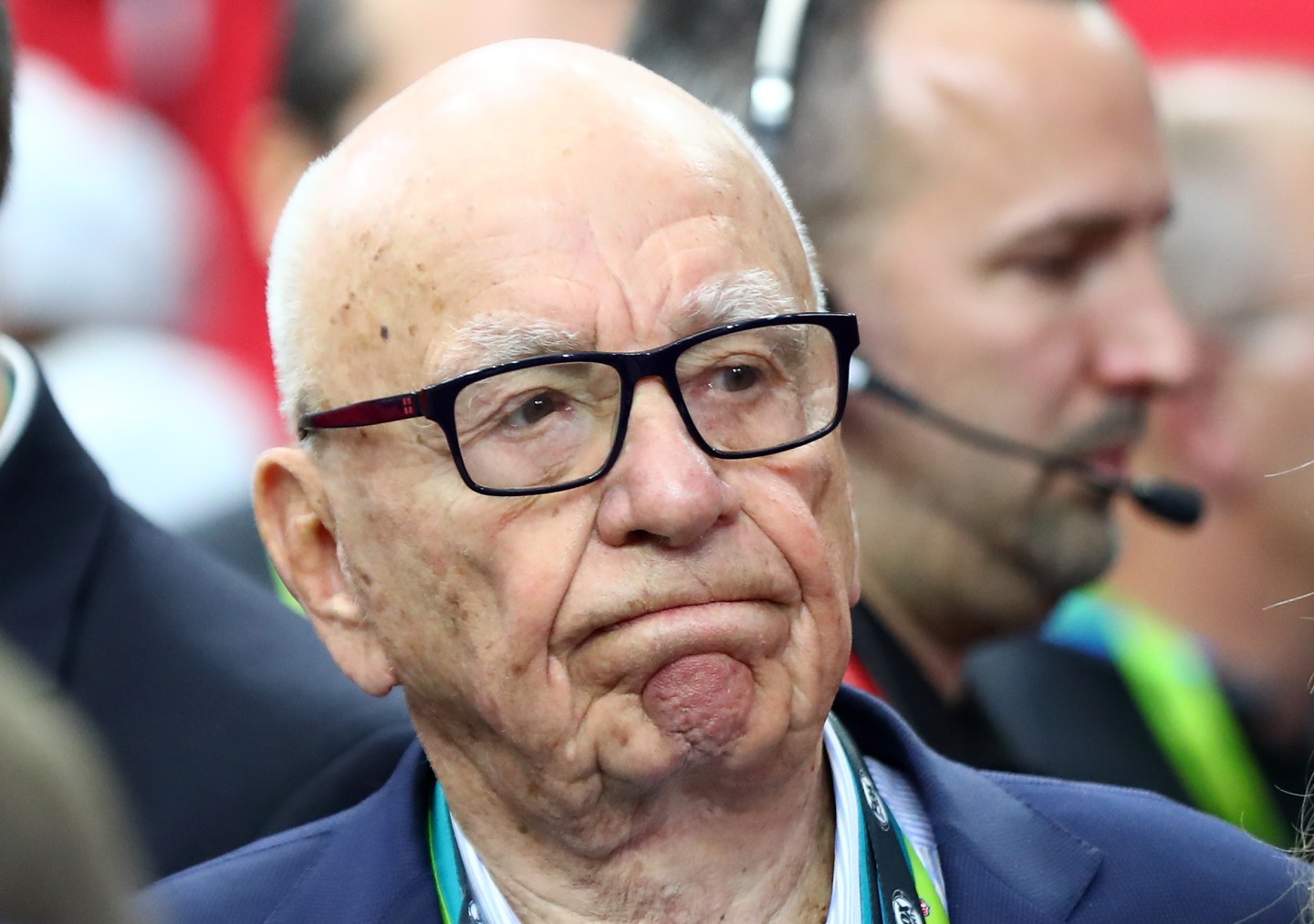 HOUSTON, TX - FEBRUARY 05: Rupert Murdoch looks on prior to Super Bowl 51 between the Atlanta Falcons and the New England Patriots at NRG Stadium on February 5, 2017 in Houston, Texas. (Photo by Al Bello/Getty Images)
Al Bello—Getty Images

Rupert Murdoch has pulled his Fox News channel from the Sky platform in Britain, where the government is assessing a bid by the media mogul to buy the broader Sky pay-TV company for $15 billion.

In a statement, Murdoch’s Twenty-First Century Fox (FOX) said it had decided it was no longer in its commercial interest to provide Fox News in Britain, where only a few thousand viewers watch it.

Critics of Murdoch and his company regularly cite the right-leaning Fox News channel as a reason why Murdoch should not be allowed to buy the 61 percent of Sky it does not already own.

Fox agreed to buy full control of the European pay-TV group Sky in December, but the British government is still deciding whether to refer the deal for a full investigation which could add months to the approval process.

The government has not found any problems with regard to Twenty-First Century Fox’s commitment to broadcasting standards, but it is examining whether the deal would give the company too much influence over the news agenda in the country.

“Fox News is focused on the U.S. market and designed for a U.S. audience and, accordingly, it averages only a few thousand viewers across the day in the UK,” the company said.

“We have concluded that it is not in our commercial interest to continue providing Fox News in the UK.”

The Fox News channel was no longer available on the Sky platform from 1600 local time on Tuesday.