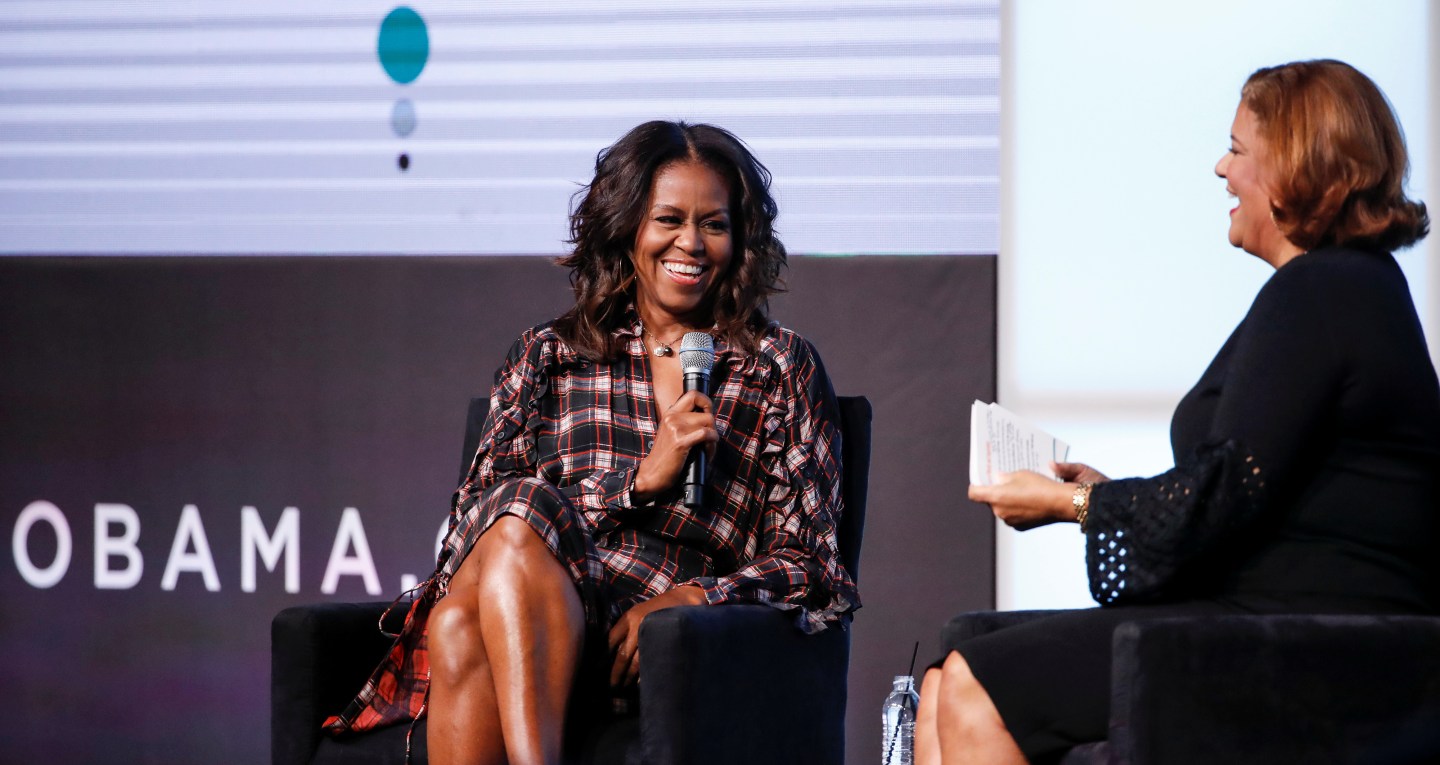 Good morning, Broadsheet readers! We’re marking our calendars for Nov. 13, Dianne Feinstein is on the outs with California Dems, and it’s that time of year again—please take a few mins to take our reader survey. Have a delightful Monday.

• Help us help you. Pardon the Monday morning intrusion, but as longtime readers know, we interrupt your reading once a year to ask you to take a quick survey. For Val and me, this is a chance to learn more about all of you. And for you, it's an opportunity to tell us what you think about the newsletter: We want to know what you like (and don't), what you want to see more of, and what you think we're missing. Thanks in advance!  Click here!

• Don't wait on The Weinstein Co. The Weinstein Company revealed late Sunday that it would file for bankruptcy. This likely adds a major twist to the on-going lawsuits against the company, many of which relate to the alleged sexual misconduct of Harvey Weinstein. The company will probably have to be removed as a co-defendant in the lawsuits where it is named, meaning that those currently suing may never see a payout from the production house (in general, bankruptcies effectively end lawsuits against firms going bust). However, in many cases, Weinstein Co.'s co-defendants include Harvey Weinstein himself, his brother Bob Weinstein, and their former production company Miramax, so plaintiffs may potentially still see payment.  Fortune

• Bated breath for Becoming. On Sunday, Michelle Obama announced that her memoir, Becoming, will be released Nov. 13. “Writing Becoming has been a deeply personal experience,” the former first lady said in a statement. “It has allowed me, for the very first time, the space to honestly reflect on the unexpected trajectory of my life … how a little girl from the South Side of Chicago found her voice and developed the strength to use it to empower others.” People

• Vote of no confidence. The California Democratic Party has declined to endorse Sen. Dianne Feinstein for her re-election bid. Analysts are reading the move as a not so subtle sign that "grassroots Democrats are eager to supplant leaders who are seen as too moderate and willing to compromise." NPR

• Looking to Lake. In the wake of JPMorgan Chase's move to clarify how long CEO Jamie Dimon will continue to lead the firm, there's been a boom in speculation about who might land the role when he does step down. One name that keeps coming up: CFO Marianne Lake (No. 24 on our Most Powerful Women list). WSJ

• X for XXers. Val writes about the rising trend of startups that are flipping the old model of "Uber for X" as "X, but for women." Fortune

• Even HBS MBAs. The paucity of black female CEOs is not just a "pipeline problem." New research from Harvard Business School finds that only 13% of black female Harvard MBAs over the past 40 years have reached the senior-most executive ranks of corporate America. That's compared with 40% of non-African American Harvard MBA degree holders who ultimately end up in one of those top jobs. Chicago Tribune

• Bring back our girls! A week after suspected Boko Haram militants attacked a school in northeastern Nigeria, the country's Ministry for Information reports that 110 girls remain unaccounted for. It's one of the largest such incidents since the jihadist group abducted more than 270 schoolgirls from Chibok in 2014; about 100 of those girls are still missing.  CNN

• Wrestling for her spot in history. This story makes the case that Linda McMahon—once a pro wrestling entrepreneur, now head of the Small Business Administration—understands President Trump better than the rest of his cabinet. It also notes that while many other Trump administration department heads appear to be doing their best to destroy their agencies, McMahon has had some notable wins at the SBA, including increasing the agency’s lending to women-owned businesses by almost 7%. New York Times

Poll: The inappropriate office behaviors most pervasive in workplaces  NPR

Witches are powerful and wise and misunderstood. I think of femininity that way, because femininity is very powerful, but sometimes it’s misunderstood and seen as weak. Heather Graham, writer, director, and star of the new film 'Half Magic'