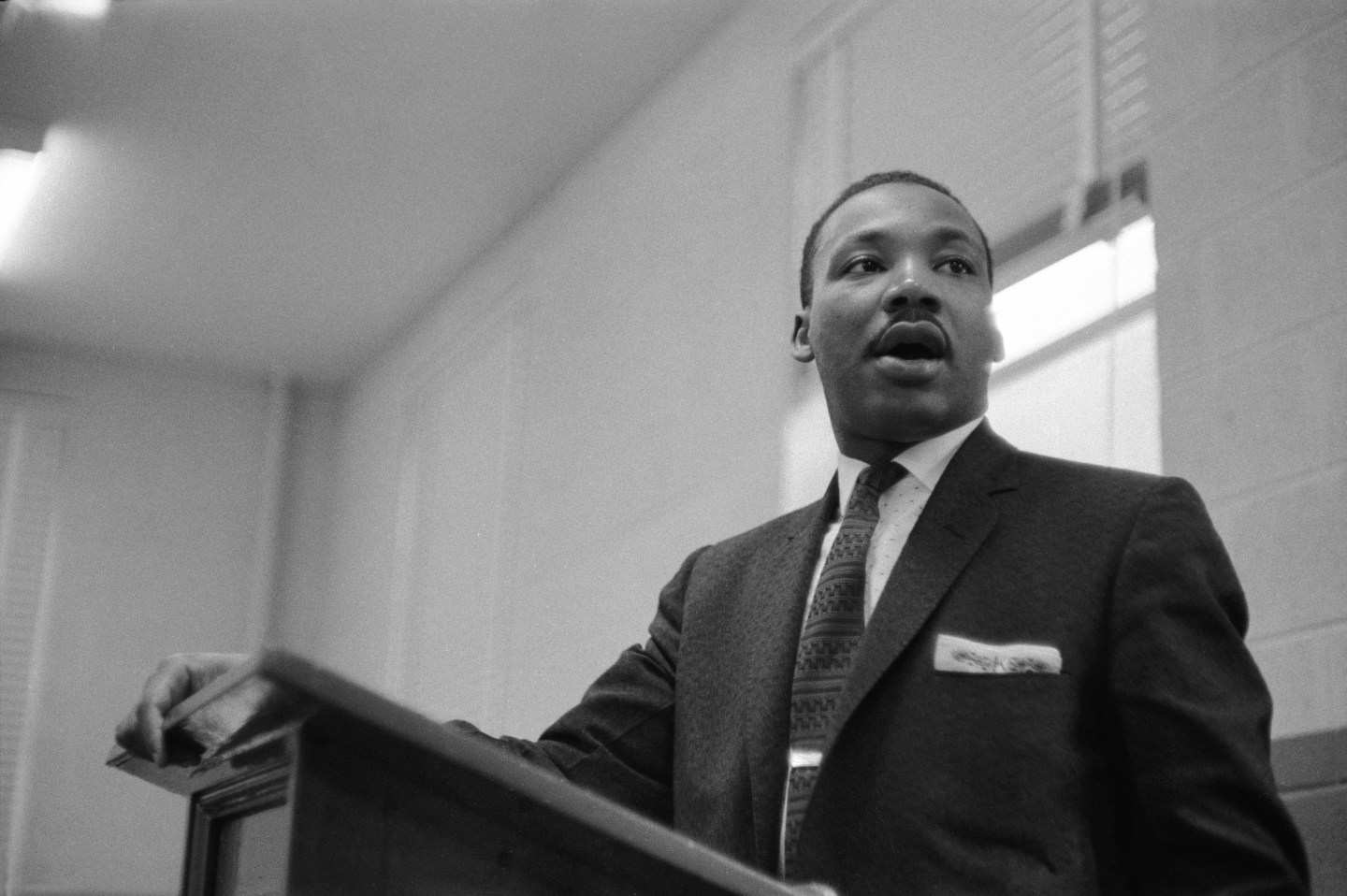 The #RamBuiltToServe Super Bowl LII ad was the best commercial and the worst commercial at the same time. Ram Truck’s controversial commercial featured excerpts from the Rev. Dr. Martin Luther King Jr.’s “The Drum Major Instinct” sermon, which he preached 50 years ago to the day. On the one hand, as an African-American minister serving a church in which King himself preached in the 1960s, I was thrilled to hear this quintessentially Christian message of greatness through service and love reverberate at such a defining moment in our nation’s history, on a stage that would reach tens of millions. On the other hand, using King’s gospel message to spread the #RamBuiltToServe message for the ultimate purpose of financial profit is troublesome to say the least.

While Ram’s use of King’s preaching could be considered a well-meaning commemoration of his legacy and timeless message, it sparked a deservedly swift backlash from viewers about the use of his words to sell trucks. Ram Trucks, a division of Fiat-Chrysler, claims the ad was saluting service, a value embraced and embodied by King, but many consumers aren’t buying it. Even if we assume positive intent on the part of the advertiser, the net negative impact is undeniable. Had this been a public service announcement designed to inspire love and inclusive community in the shadow of the #TakeAKnee and #MeToo movements, there’d be no question as to its appropriateness.

But as an ad to sell trucks? I don’t think so.

At best, it represents a significant lapse in judgment given the racial climate in America, and raises some valuable points to ponder for leaders and organizations going forward.

First, given the sensitive nature of the diversity and inclusion conversation at this moment in American history, good intentions aren’t enough to excuse negative impact. This is one reason why leveraging diversity in leadership matters. It is almost unfathomable that a diverse and inclusive creative team would have conceived of this ad and that a diverse decision-making team would have given the green light to run this ad. This is especially true given the timing. Super Bowl LII capped a controversial NFL season in which players were reprimanded by President Trump and many team owners for standing up for the rights of black people in America.

Without greater diversity and inclusion at the top of organizations—with leadership that reflects an increasingly diverse marketplace—corporations run the risk of being tone deaf to the implications of their campaigns on Main Street. It seems obvious that diverse viewpoints would have flagged the incongruency of a corporation using King’s sermon at this moment in time, on a stage such as the Super Bowl, and for profit. Even though the use of King’s sermon in the Ram commercial was approved by the King estate, which manages King’s intellectual property, it should be noted that some members of the King family, including King’s daughter Bernice, and the King Center, the standard-bearing institution of King’s legacy, distanced themselves from the decision to use King’s speech.

Another critical point is that the #RamBuiltToServe ad also crosses the line on cultural appropriation—specifically Black church culture. This particular sermon was the last one he delivered in his home pulpit at the Ebenezer Baptist Church in Atlanta before his assassination. Using his words in a commercial context goes completely against the spirit of the original message and represents a selective abuse of a prized artifact of Black culture to achieve profit within the dominant culture.

The only way for companies (and their creative agencies) to avoid crossing the line—even when their intentions are good—is to have culturally competent and inclusive leadership.

The last word on the subject may very well belong to King, who in that same sermon discussed the perils of unfettered capitalism and the complicity of advertisers in persuading people to serve themselves through wonton consumerism. He said, “Now the presence of this instinct explains why we are so often taken by advertisers.”

Perhaps those responsible for the #RamBuiltToServe commercial should have read King’s entire sermon. It’s not too late—for them or for us.

Dr. Nicholas Pearce is a clinical professor of management and organizations at Northwestern University’s Kellogg School of Management, CEO of The Vocati Group, and Assistant Pastor of Chicago’s Apostolic Church of God. Follow him on Twitter @napphd.