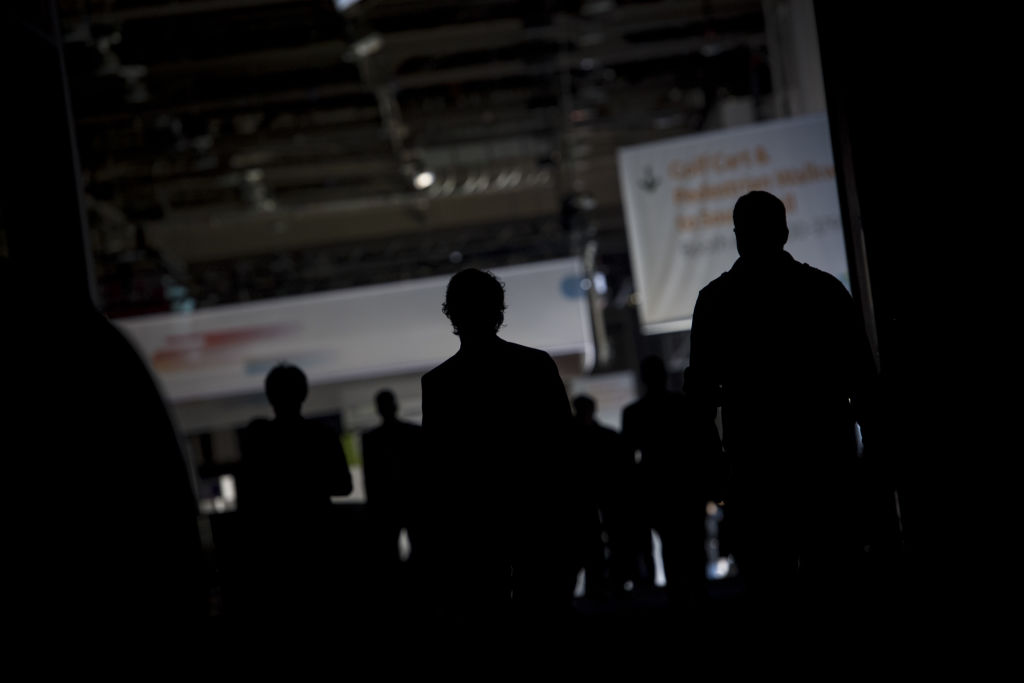 At CES 2018, the “Global Stage for Innovation,” the usual pageantry and promises of technology were abundant. Washing machines will talk to your smartwatch. Computer chip companies will make better computer chips. But amidst the flashing lights of the Las Vegas strip, and the blaring beeps, bloops, and push notifications on the trade show floor, one company stood out.

The product? A VR headset. But this one doesn’t just augment reality, it transcends time.

The company behind the headset, Despairly, claims to offer the world’s first device that seamlessly simulates the future. The headset gives the user a glimpse into a world of total darkness, devoid of any visual or auditory stimulation whatsoever.

We got some face time with the CEO of Despairly, Graham Wolfe, to understand his inspiration behind one of the most interesting products we’ve seen at CES 2018.

“I mean, that’s where we’re headed, right? We’re just the messengers. You can only move so fast, and break so many things, before there’s complete darkness,” said Wolfe, as part of a larger conversation that was mostly a huge bummer.

“The truth exists, whether you see it or not. So you might as well check it out. Or don’t. It doesn’t matter.”

Retailing for $450, a view into the future does not come cheap. Wolfe justifies this price point in a refreshingly blunt manner. “Did you hear how we’ve described it? If you want to buy this thing, you don’t deserve to have money. $450 is a steal. We’re stealing $450 from you.”

To confirm the accuracy of this product, we spoke to a Dr. Karen Filmore, a climate scientist at NASA. “Yep,” Dr. Filmore told us. “If this device is supposed to provide a glimpse into future 10 to 15 years from now, it’s absolutely correct. Absolute nothingness.”

We were given a test version of the headset during the show, and can confirm: it’s the real deal. The future is a colorless void, where sound can neither be created nor heard. But will it pair with the Apple Watch? We’re not sure.

Wolfe answered our question with a question. “Why would you even want to do that?” he asked. “What could that possibly accomplish?”

A spokesperson followed up via email to confirm the Despairly headset will support multiple smartwatch integrations. The spokesperson also apologized for the CEO’s erratic behavior, which they attributed to raw water withdrawals he’d been experiencing since landing in Las Vegas.

The Despairly will be sold at several online retailers starting in March 2018. The team tells us they might add an option to “look at a beach or something,” though they cannot guarantee there will be actual beaches in the future.

At press time, as CES attendees recovered from a two-hour complete blackout on the trade show floor, Wolfe handed out business cards and assured reporters that from here on out, it would only get worse.