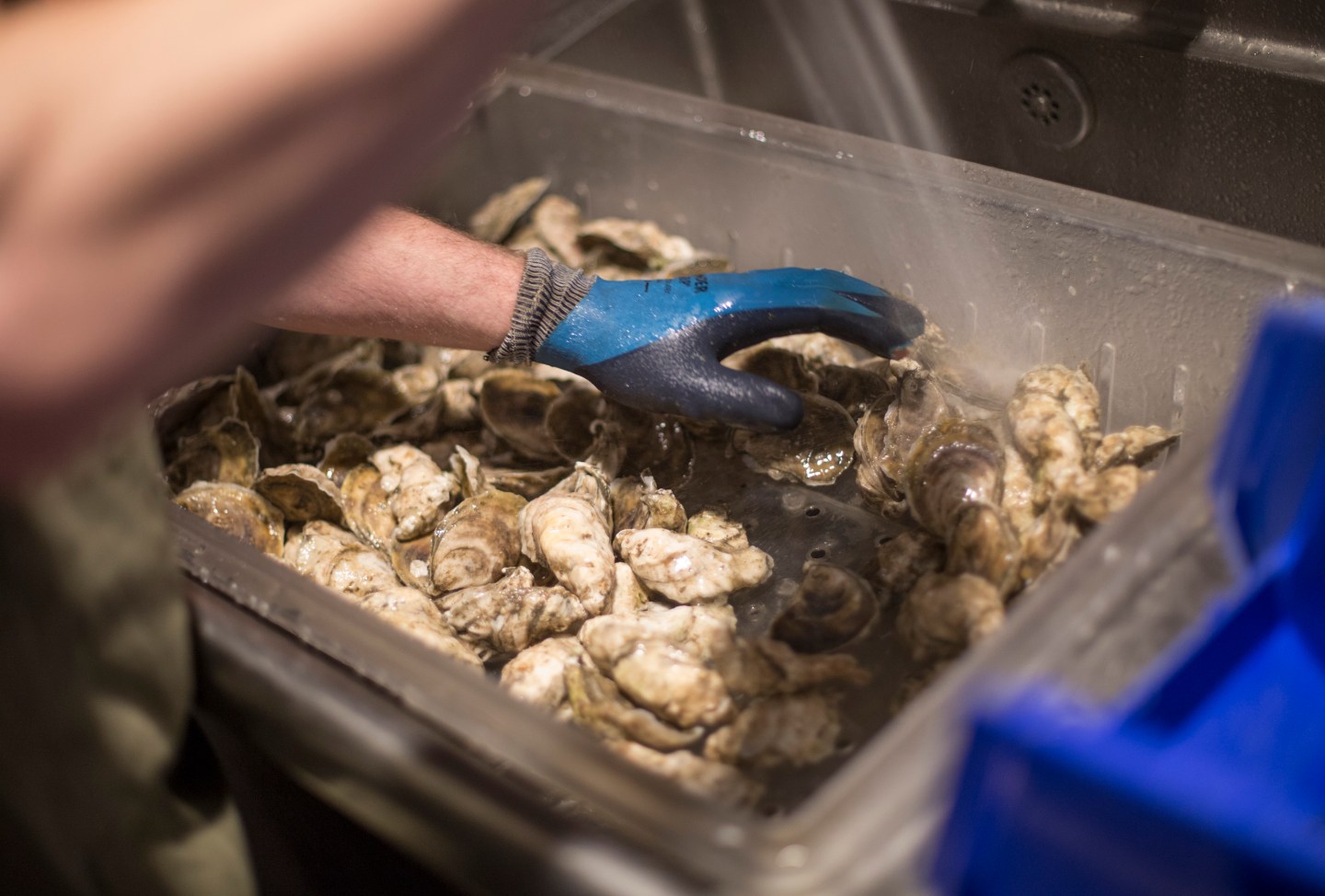 It looks like lettuce isn’t the only food we all need to worry about. CBS News reports that a woman recently contracted a flesh-eating bacteria from eating oysters.

The incident happened in September when Vicki Berquist and her wife Jeanette LeBlanc were visiting Louisiana. The duo went crabbing with friends and family and consumed roughly two dozen raw oysters. LeBlanc’s health almost immediately took a turn, at first in the form of respiratory distress and a rash that made it appear as though LeBlanc was having an allergic reaction to the meal. That rash eventually turned into large wounds on her legs.

As it turns out, she had contracted vibrio, a potentially deadly flesh-eating bacteria that can be contracted from eating raw or under-cooked shellfish.

She fought the disease for 21 days before passing away.

Her family is now trying raise awareness about the disease, which is a risk whenever you choose to eat raw seafood and is something you won’t know you have until its potentially too late.

LeBlanc’s widow thinks that had her wife understood the risks, she would have potentially not eaten the oysters that were ultimately responsible for her death.