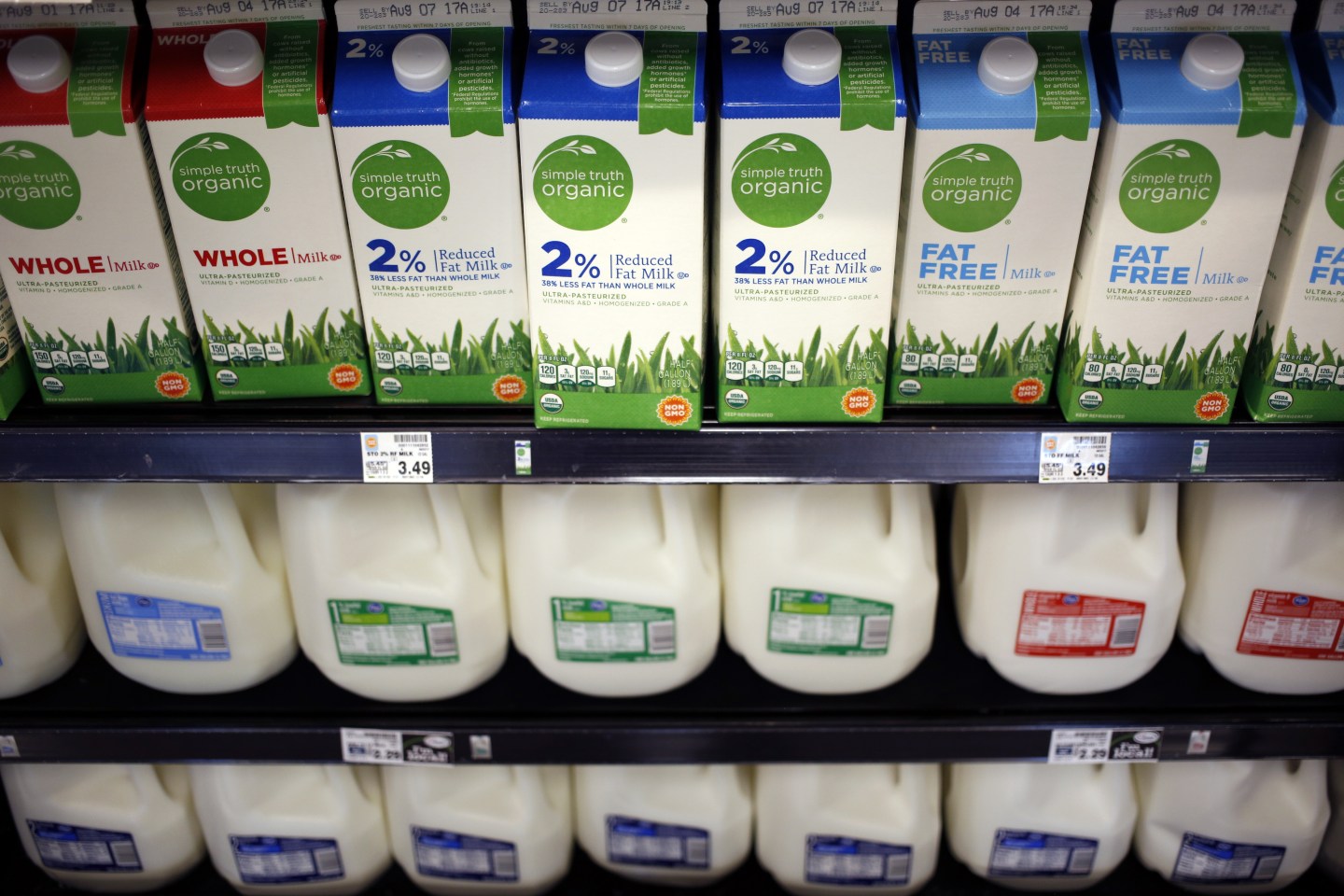 After responding to increased demand from consumers, dairy farmers have now found themselves with a surplus of organic milk. Shoppers have been opting for plant-based alternatives like almond milk more often than organic cow’s milk, leaving the industry with more of the very perishable organic product than retailers can sell.

Though the total volume of milk sold in United States retail between 2010 and 2015 declined by 13%, organic milk sales increased by 22.5%, according to industry tracker Euromonitor.

The rise in popularity of organic milk — driven by health-conscious consumers and the popularity of trends like the paleo diet — led producers to expand. But sales slowed as more and more consumers view cows’ milk as less healthy than options like almond and coconut milk — common dairy substitutes for diets like Whole30.

The decline in demand comes just as the industry’s efforts to increase production created a greater supply. Many organic milk producers are now planning to make butter, cheese, yogurt, or creamers out of the surplus.

The number of cows producing organic milk grew by more than one third between 2011 and 2016, according to the U.S. Department of Agriculture. But the price dairy farmers received for 100 pounds of organic milk fell from nearly $40 at the start of 2016 to about $27 late last year, according to data from the government and dairy-cooperatives collected by Rabobank [reported by the Wall Street Journal].

Companies that previously invested heavily in organic milk production are looking for ways to cope with the drop off in demand. French dairy company Danone, maker of Dannon yogurt, bought WhiteWave Foods in 2016, which makes both Silk soy milk and Horizons organic milk. Meanwhile, Organic Valley, the largest farmers’ organic cooperative in the U.S., opened a $16 million plant in Oregon in August to turn organic milk into butter and skim-milk powder.

“The market slowed way down,” Organic Valley’s chief executive George Siemon said. “There are a lot of signals I may have missed in hindsight.”

But he said he expects prices for organic milk to stabilize this year and improve in 2018.