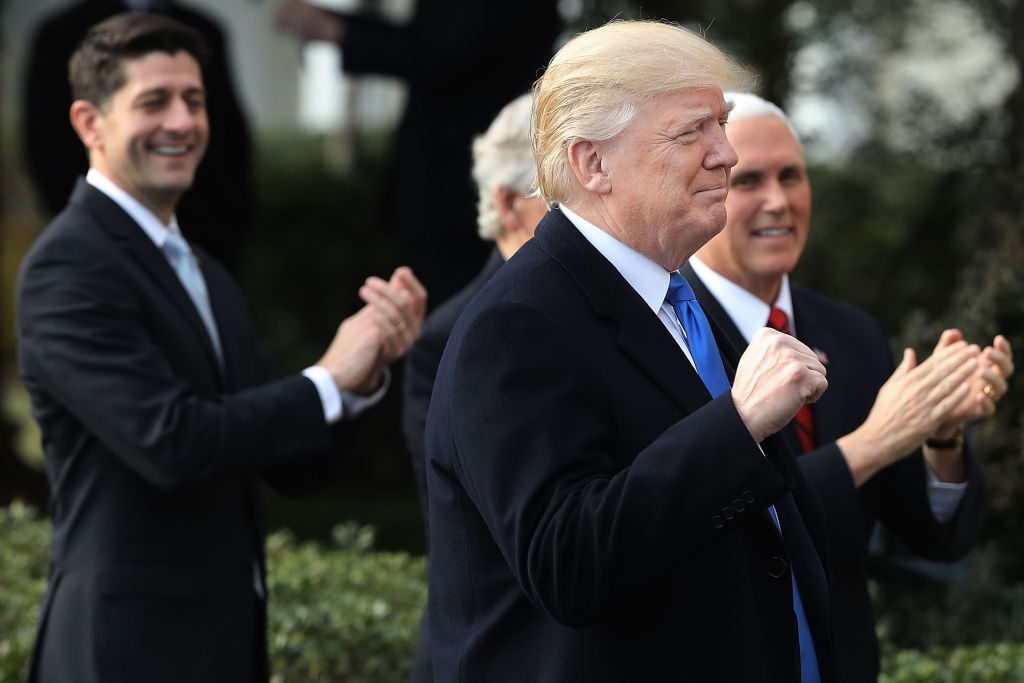 WASHINGTON, DC - DECEMBER 20: U.S. President Donald Trump pumps his fist during an event to celebrate Congress passing the Tax Cuts and Jobs Act with Republican members of the House and Senate on the South Lawn of the White House December 20, 2017 in Washington, DC. The tax bill is the first major legislative victory for the GOP-controlled Congress and Trump since he took office almost one year ago. (Photo by Chip Somodevilla/Getty Images)
Chip Somodevilla—Getty Images

President Donald Trump sent 26 percent fewer Mexicans back home this year through November than Barack Obama did in the same period in 2016, despite vows to crack down on illegal immigration, Mexican government data show.

About 152,000 Mexican nationals were repatriated from the U.S. between January and November, according to data from Mexico’s Interior Ministry that were first reported by Milenio newspaper. That compares with just under 205,000 in the first 11 months of 2016.

Trump, who took office Jan. 20, has vowed to expel potentially millions of undocumented immigrants and to build a wall along the Mexican border. He also ended, at least temporarily, Obama-era protections against deportation of people who were brought to the U.S. illegally as children. Officials at U.S. Immigration and Customs Enforcement pointed to their statistics when asked for comment.

An ICE report of data through early October showed that removals of Mexican nationals were down, but administrative arrests of all immigrants were up 30 percent in fiscal year 2017. It concludes that the decrease in removal numbers overall compared to fiscal year 2016 was primarily due to about 17 percent fewer migrants apprehended at the border.

The Mexican government defines repatriation as an administrative measure dictated by migration officials through which a foreign person is returned to their country of origin.