Forgotten Why You’re So Forgetful? Science Has a New Explaination 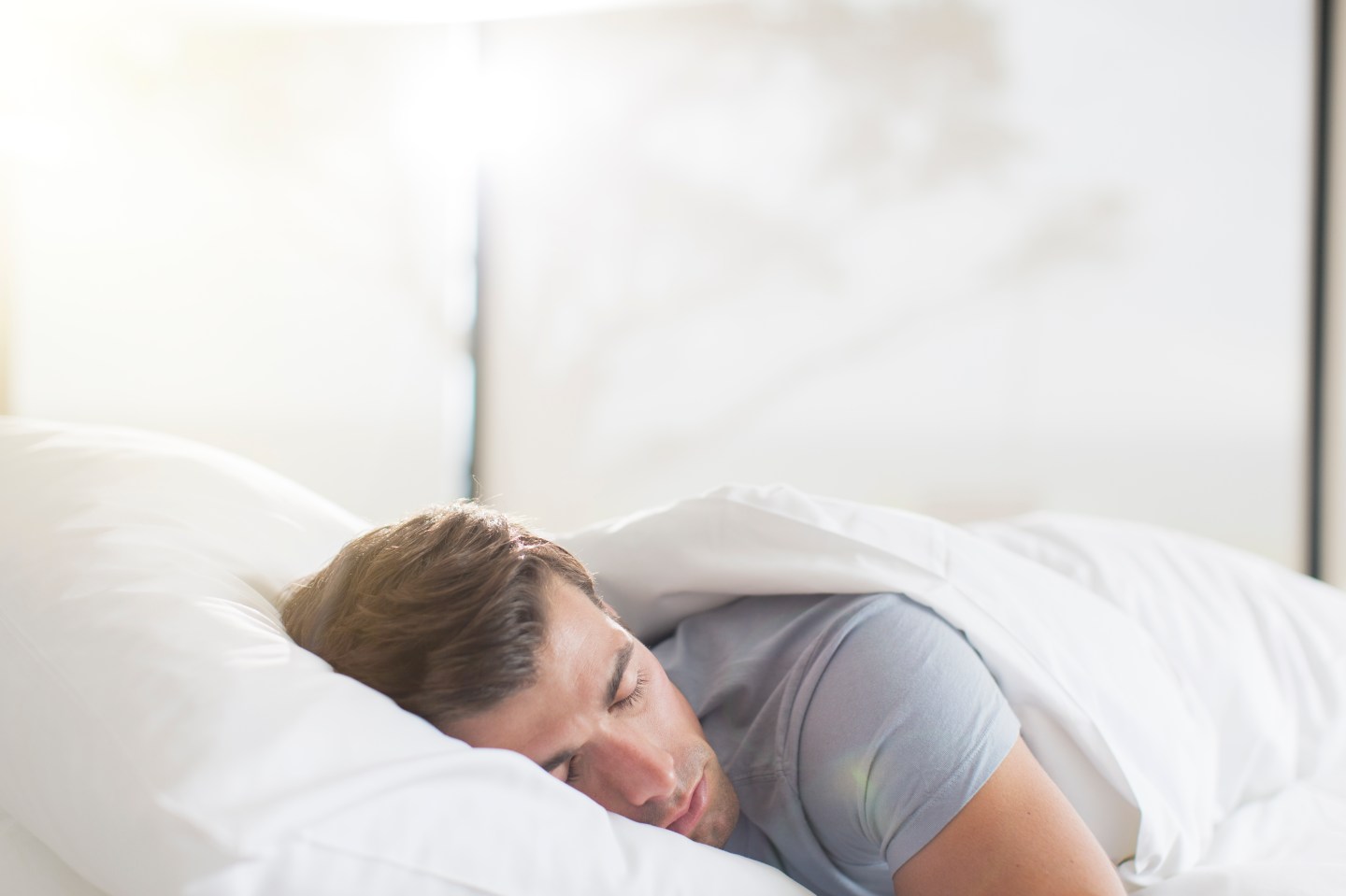 Can’t sleep? It could be why you’re forgetting more than you used to.

A new study finds that older people have less brain wave coordination in deep sleep—and that could be affecting their ability to store memories. While the results are still preliminary, scientists say this could be key to explaining why seniors sometimes have trouble retaining short-term memories even when they’re free of conditions like Alzheimer’s and dementia.

“It’s like a drummer that’s perhaps just one beat off the rhythm,” Matt Walker, one of the paper’s authors and a professor of neuroscience and psychology at the University of California, Berkeley tells NPR. “The aging brain just doesn’t seem to be able to synchronize its brain waves effectively.”

The study had 20 young adults learn 120 pairs of words, then studied their brains as they slept, focusing on the interaction between slow and fast waves. The next morning, they were tested to see how many pairs they remembered. When waves coincided ideally, memories were sharp. A similar test of 32 people in their 60s and 70s showed that misfires in that synchronization prevented memories from being stored.

To confirm the findings, scientists say they’ll need to reproduce the misfires in younger brains to see if it affects their memories similarly.

Here’s the good news: If the theory is proven conclusively, researchers say they believe it’s possible to resync the brain waves and improve older memories, possibly by applying electrical or magnetic pulses through the scalp.

That could disrupt the nearly $50 billion sleep aid industry (which Research and Markets says will hit $80 billion by 2022), which ranges from sleep tracking gadgets to $200, high tech PJs.

Improved sleep patterns could move beyond seniors and help the workplace too. A 2016 study found that the lack of sleep among U.S. workers is costing roughly $411 billion and losing 1.2 million work days per year.