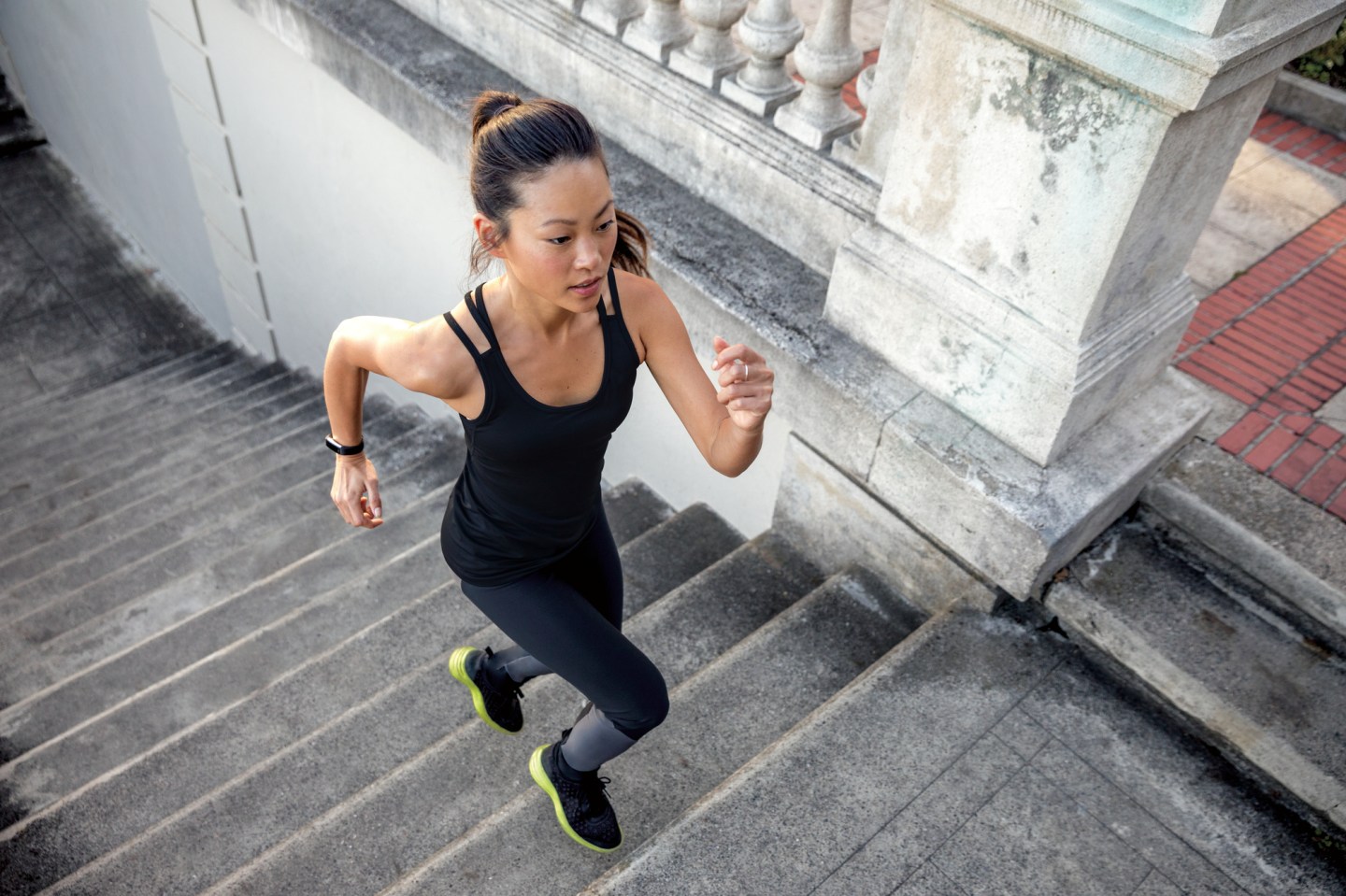 The holidays are upon us—and in our increasingly health-conscious (if not exactly healthy) society, most Americans have at least one loved one who’s always checking in on their daily steps, drinking new-fangled protein-vitamin-mineral-mush, or hyping up the latest cool piece of tech to help them unwind and destress.

But the sheer number of available options in the health and wellness space can be pretty daunting. So, from at-home genetic testing kits to “beds” for smartphones, here are five gifts you may want to consider for the health nut in your life this holiday season.

Silicon Valley upstart 23andMe pulled off the improbable last year when the Food and Drug Administration (FDA) cleared it to sell its genetic testing kits—and accompanying health risk reports—directly to consumers without a doctor’s prescription.

The company is more commonly known for its ancestry kits (which trace your geographic heritage and can even tell you if you’ve got a little Neanderthal DNA in you), currently available at a holiday discount for $79; but the newly available health and ancestry combined kits are going at a $50 discount off its regular $200 price for the festive season. 23andMe’s at-home DNA testing process involves mailing in a spit sample to the company, and its health tests and reports are cleared to gauge users’ genetic risk for a number of conditions like Parkinson’s and Alzheimer’s. And users can also agree to let 23andMe use their DNA data to help fuel research to create new drugs.

There’s no shortage of fitness trackers on the market today, ranging from Fitbit’s portfolio of products to the Jawbone wearables. Devices are getting sleeker and smarter, with new ones able to track sleep rhythms in addition to other biometrics like heart rate and steps taken. Plenty of these, such as the Fitbit Ionic, are strong and relatively affordable options for fitness buffs who want to “quantify” themselves.

But if you’re willing to spend a little more cash on a special someone—especially if that special someone owns an iPhone— the Apple Watch Series 3 may offer some of the best features (although at a price upwards of $300). It’s waterproof and allows users to track swimming statistics, it’s got LTE connectivity, and it’s pretty nice-looking as a time piece in its own right.

A charging bed for smartphones

In 2015, Americans collectively checked their phones about 8 billion times per day, according to Deloitte. That number has likely grown, and there’s evidence the U.S. addiction to smartphones may, ironically, wind up reducing productivity by messing with people’s sleep cycles (those bright screens ahead of bed time certainly aren’t helping you get peaceful shut eye).

Ringing in at $50, the phone bed is a charging station and nighttime resting spot for that digital world device that resides in your pocket. The idea is to leave the “bed” outside of your actual bedroom so you can unplug before shutting down.

Speaking of a good night’s sleep: Your city slicker friends may find it difficult to drift off to the dulcet tones of honking cars and drunken late-night revelers. One solution beyond your typical ear plugs? A white noise machine that helps blur out distracting nighttime noises.

It’s a simple gift that also doesn’t cost an arm and a leg, especially since there’s no real reason to go super high-tech with it. For instance, Dohm natural white noise machine line from Marpac—dubbed the “Official Sound Conditioner of the National Sleep Foundation”—is about as simple as can be, with a price range of about $30 to $50 depending on the model.

Gym memberships can be pricey and, for those who really love to get their sweat on in new and adventurous ways, boring. But digital health service ClassPass could prove a potent antidote to exercise ennui.

ClassPass allows users to access yoga studios, gyms, and other fitness centers and sign up for their classes in more than 30 U.S. cities for a monthly subscription fee (3 classes per month at $45 on the low end and 10 classes for $135 in New York, one its most expensive markets).