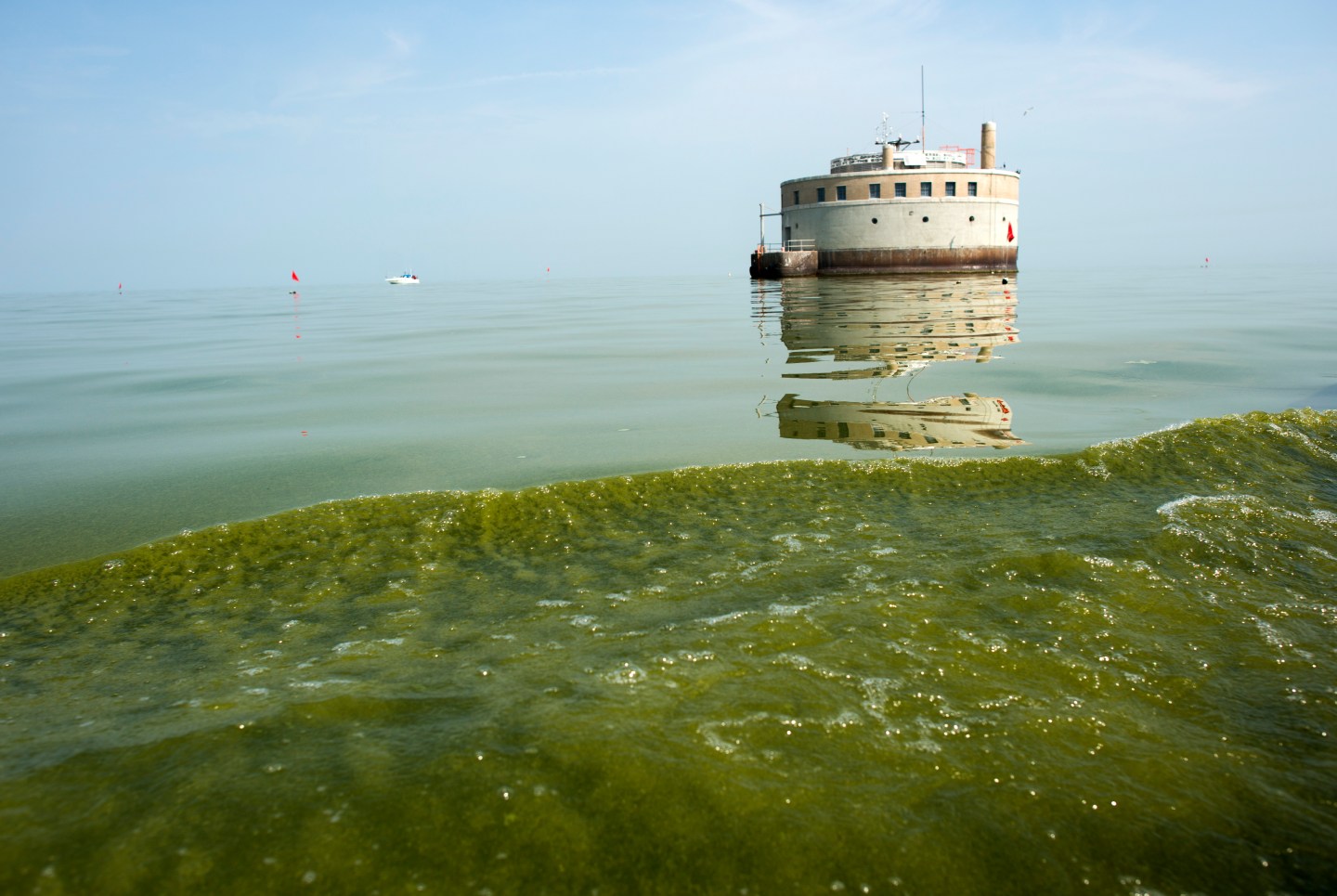 The Lady K tow boat kicks up a wake full of green algae a few hundred feet from the city of Toledo's Water Intake on Lake Erie, for testing on Monday, August 4, 2014.
The Washington Post/Getty Images

What would you say if someone served you a green beer? It would catch your attention, right? Maumee Bay Brewing Company in Ohio is making a green-colored brew to do just that: help draw attention to the toxic algae that is currently plaguing Lake Erie, the Associated Press reports.

Called Algae Blooms, the beer includes powdered green tea and kiwi to achieve its color. The brewery hopes to show what could happen if the city’s drinking water become affected by the algae situation in the lake.

Water is the main ingredient in beer, so should the city’s tap water be compromised, so would the beer. Thankfully, no toxic water was actually used in the making of the beer.

The Ohio Environmental Council is also helping to promote the brew as part of a campaign to highlight the importance of investing in clean, safe drinking water.