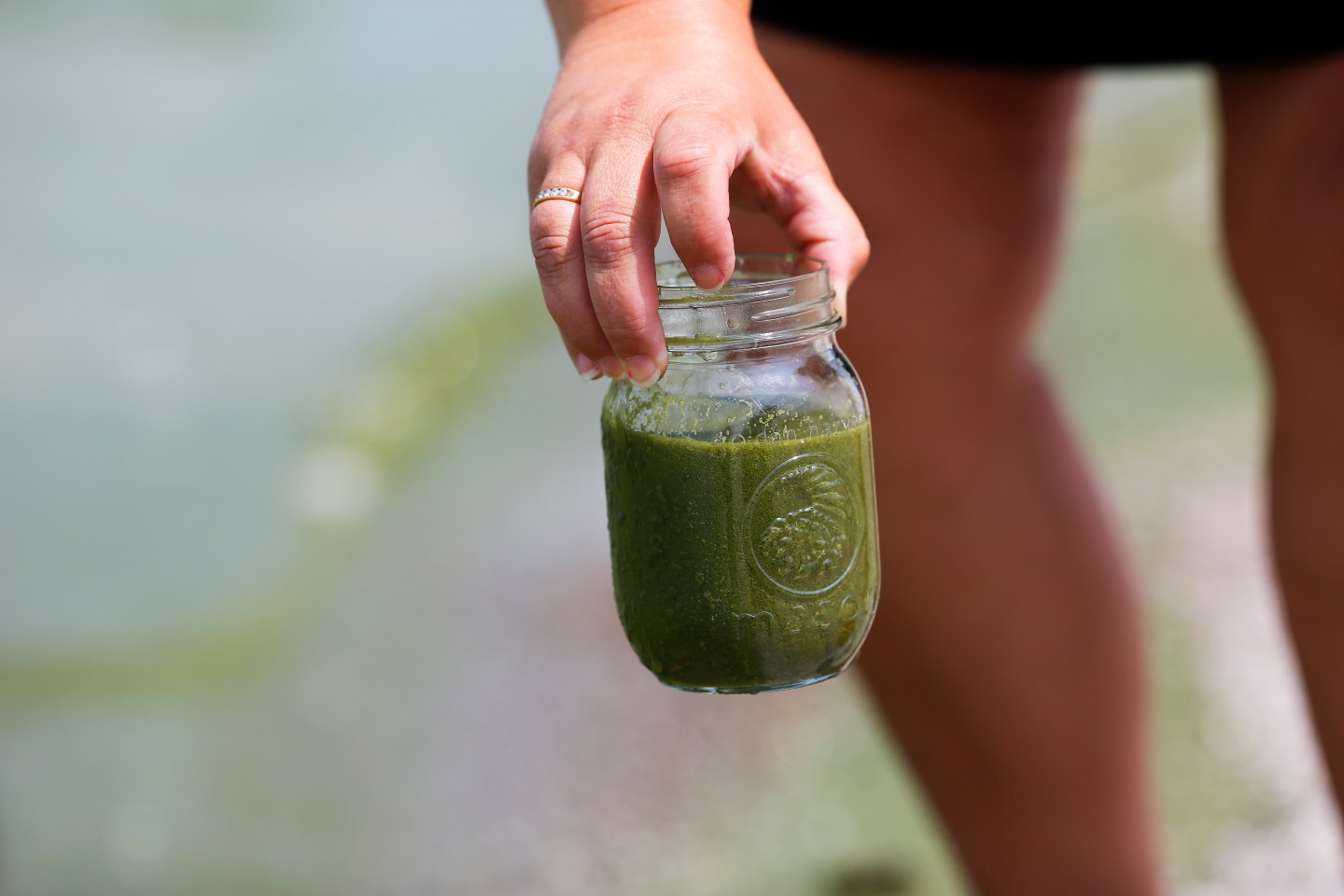 Lake Erie turning into a giant puddle of green muck and cutting off water supplies to Toledo residents is about the starkest sign we’ve seen yet of fertilizer runoff wreaking environmental havoc. See also the “dead zones” that pop up seasonally in, for example, the Gulf of Mexico, which of course already has enough problems due to irresponsible industrial activity.

But in that green muck we might find the answers to a couple of huge problems. If we are somehow able to dial our use of synthetic fertilizer way back, we can forestall more such disasters, and we can perhaps also prevent a potential worldwide food catastrophe. The latter issue has to do with the probability that we are reaching “peak phosphorus” — the point at which production of phosphate (one of the three main ingredients in synthetic fertilizer) hits its maximum and starts trending down because of dwindling reserves.

As with peak oil, it’s not totally clear when this point will be reached, but there is some consensus (if you leave out the fertilizer industry’s opinion) that it might be around 2030. After that, prices could start soaring, and eventually there could be shortages.

Since there is no substitute for phosphate rock in the production of synthetic fertilizer, and since synthetic fertilizer is for now our only means of growing crops at the scale needed to feed a growing world, one potential outcome is food shortages. That likely wouldn’t start happening for decades, but that doesn’t mean we shouldn’t act now.

Another problem: about 85% of the world’s phosphate rock is mined in Morocco, meaning that the kingdom has a near-monopoly on it. That’s okay for now, but what happens when shortages begin to loom? The worst-case scenario, but one that is by no means unlikely, is that a substance necessary to sustain life on earth will begin to dwindle with prices for it being set by a monarchical government.

In 2012, the investor/environmentalist Jeremy Grantham of Grantham Mayo van Otterloo, a noted pessimist (“our planet will surely be toast,” he told Fortune a couple of years ago) caused a stir when he declared in an article in the journal Nature that our use of phosphorus “must be drastically reduced in the next 20-40 years or we will begin to starve.”

We also must do so if we want to prevent large algal blooms like the one that rendered Lake Erie temporarily useless as a source of water for 400,000 Toledoans.

Luckily, we have the means to do so, if not yet the will — all of them pose challenges. One of the most effective methods would be cutting back on meat-eating, but that seems unlikely given soaring consumption patterns in China and the developing world. More organic and sustainable farming would help, as would more conservation and recycling of the “surplus” synthetic fertilizer currently used — that which isn’t absorbed by crops and which makes its way into our water systems.

Perhaps the best hope lies in manure. Because industrial feedlots tend to be huge and centrally located, getting manure to far-flung farm fields is currently not economical. Smaller feedlots dotted across the landscape would solve that problem, but meat companies enjoy enormous economies of scale with the current setup.

There are also efforts under way to harness the power of urine — including human urine — as a replacement for phosphate rock. That, if nothing else, should tell you that this is a real problem that demands solutions.