Uncategorized ·5 Qs With a Dealmaker

Venture Capitalist Challenges His Peers to Not Be ‘F**king Scumbags’ 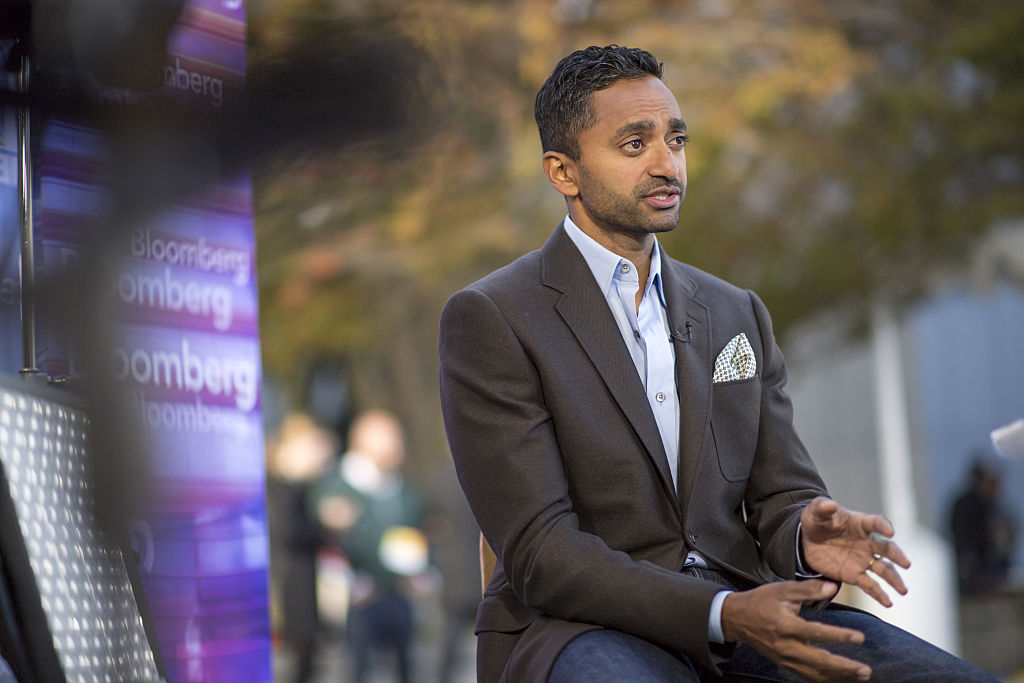 Social Capital CEO Chamath Palihapitiya decided to shake up the VC world in 2017.

In September, he raised $600 million in an IPO for his blank check company, Social Capital Hedosophia Holdings. The idea is that Hedosophia will acquire a large tech company and help it circumvent the initial public offering process. The vehicle will offer faster liquidity for investors and employees, waive lock-ups, and trim the timeline of “going public” to roughly 60 to 90 days.

A few weeks ago, Social Capital announced its new “capital-as-a-service” (CaaS) platform that removes humans from the early-stage investing process by allowing startups to fill out a questionnaire and submit relevant financial data for review.

It’s no surprise that the firm is taking this route. Palihapitiya’s vision has been pretty clear — operational experience coupled with a heavy focus on data. I spoke with Palihapitiya further about his new data-driven investment platform, and his thoughts on some of the sexual harassment issues plaguing the VC industry. Oh, and heads up, there’s some NSFW language to follow.

FORTUNE: Tell me about your investment thesis. What do you look for in a company or founder before investing?

PALIHAPITIYA: At the earliest stage, my whole risk management philosophy on investing is just don’t ever look back and say, “Why did we miss that?” When we have the ability to invest anywhere from hundreds of thousands to hundreds of millions, we can manage risk at the early stage a little differently than other folks. My investment philosophy early on is simply — don’t miss.

As we have the ability to invest more capital, my mindset changes pretty fundamentally. In that case, it’s about: Don’t be wrong. You have to use all the different classes of information available to you to get to a much more precise decision. We can’t rely on a PowerPoint presentation or Excel spreadsheet when writing a $50 million to $100 million check. It’s just not enough. You need to use data science and machine learning to get the ground truth of what’s happening inside of a company.

Have you identified any companies for Hedosophia Holdings to acquire and take public?

PALIHAPITIYA: The process is going really well. We can’t comment on which company and when, but we have about two years to put the vehicle to use. It’s fair to say that from now and two years from now, there’s a lot of household name businesses that we’ll take a close look at.

Why did you decide to launch the CaaS platform, and what feedback have you received since you started beta testing it?

PALIHAPITIYA: It’s been a huge eye-opening moment for us. In Silicon Valley, New York, and India, they key to what we do very is all through high-touch, traditional Series A deals. The other thing we’ve done well is incubation. We find ideas no one is investing in and no one’s starting, but ones that we think have value. But capital-as-a service is for everyone else who’s not necessarily in one of those two buckets. If you’re in this business and you want to maximize the chances of winning, you’d want to be global and open 24/7. You can use Facebook, Amazon, Google any time of the day — they’re open for business. Similarly, I would like Social Capital to be open for business 24 hours a day, 365 days a year. So we’ll do high touch stuff, we’ll do incubation, and CaaS allows us to deal with everything that’s not in one of those two buckets in a scalable way.

One finding from the CaaS beta test was that the CEO demographics skewed 42% female and majority non-white. Meanwhile, female founders receive only 2.19% of venture capital funding on average. What do those stats tell you about the state of the industry?

PALIHAPITIYA: There is conscious bias. It’s a bunch of dudes funding other dudes that do dude things. Half the population of the entire world is women, and people are somehow shocked that this entire half is as capable as the other half. It’s not a capability issue, it’s a bias issue. And when you strip the bias out, you realize, “Wow, there are really amazing people that are capable of starting really amazing businesses.” Why are people shocked by this?

We looked at 3,000 companies over the course of six months. We funded many dozens of them, and we did it blind. We didn’t try to figure out if the founders were white, black, Asian, male or female, and we didn’t care which country they were from. We cared whether the business was structurally sound.

Sexual harassment allegations have plagued the VC community in recent months. What are some ways to address and solve this problem?

PALIHAPITIYA: People can’t be fucking scumbags. I mean, I was raised in a house where my mom was the primary breadwinner. It was a dysfunctional house, but she showed tremendous resilience. I also had two sisters who were really strong, I married a woman who’s incredibly strong, I worked at Facebook for a woman who’s very strong. You have to respect people for who they are on a basic level.

Look at what CaaS shows you. People of different kinds, genders, races — they’re as good as you, so stop fucking believing you’re so good and almighty that you can impose your rule on other people. And this refers to all kinds of things, including sexual harassment.

But what about situations where it’s not as black and white? For example, in Uber’s case, the company was growing, but its culture developed into something many would consider toxic. How do you maintain a healthy culture as the startup grows at breakneck speed?

PALIHAPITIYA: It really comes down to the CEO and that senior team and whether they give a shit or not. When things are growing, it’s easy to not give a shit. If things are not working and you’re fighting for your life, it’s also easy to not give a shit. All those scenarios lead to the same conclusion — culture is defined explicitly by people who deem it critical to what it is they want to build. And everybody else allows the culture to develop. At the end of the day, it goes back to: how were you raised, what do you believe, and what is important to you? You need to be very thoughtful about making sure that everything that happens is taught downstream so that it reinforces positive cultural traits.

The CEO has to care to teach and proactively think about it. But there will always be companies coming up with excuses about why it’s the third or fourth priority, which effectively is not a priority.

What are your thoughts on the future of cryptocurrency and the blockchain as it relates to venture capital?

PALIHAPITIYA: As it relates to VC, the most important thing about the blockchain is how it can enable a different kind of VC fund to be created. It would be around how limited partners can have more rights and more liquidity in being able to sell and trade and share their ownership interests in specific funds. And for the general partners, it would be to allow them to better manage the capital and capital flow. A lot of people are trying to figure out how to do this. The very practical issue is that you have to have some very specific models around cryptosecurity, which don’t exist today. That’s the most direct implication.

The more practical implication is that if you’ve been long bitcoin and a bunch of bitcoin assets, you look like a genius. Other folks, who have not, are trying to figure out if they’re too late. I’ve been quite vocal about how bullish I am longitudinally about these things. This is a multi-decade trend that will compound for a really long time.

What do you think is the biggest misconception in the venture community about crypto right now?

PALIHAPITIYA: I don’t think there’s a bunch of misconceptions, I actually think there’s a lack of knowledge. In this case, this is a very nuanced industry. It takes time. A lot of people may be smart in their realm, but they’re also time-starved. And if you’re time-starved, it’s very difficult to step into something as nuanced and technically complicated as bitcoin and know it enough to have a fair opinion.

Based on all the pitches you have heard since the beginning of 2017, what are some emerging trends or key areas you think Term Sheet readers should be paying attention to?

I really think people are not being thoughtful enough about machine learning. Companies that can aggregate extremely proprietary data sets is what drives all the machine learning models. I also see tremendous stuff happening in highly-regulated markets where there’s been such a demand for change. I think the dismantling of regulated markets through software is something to think about and watch.