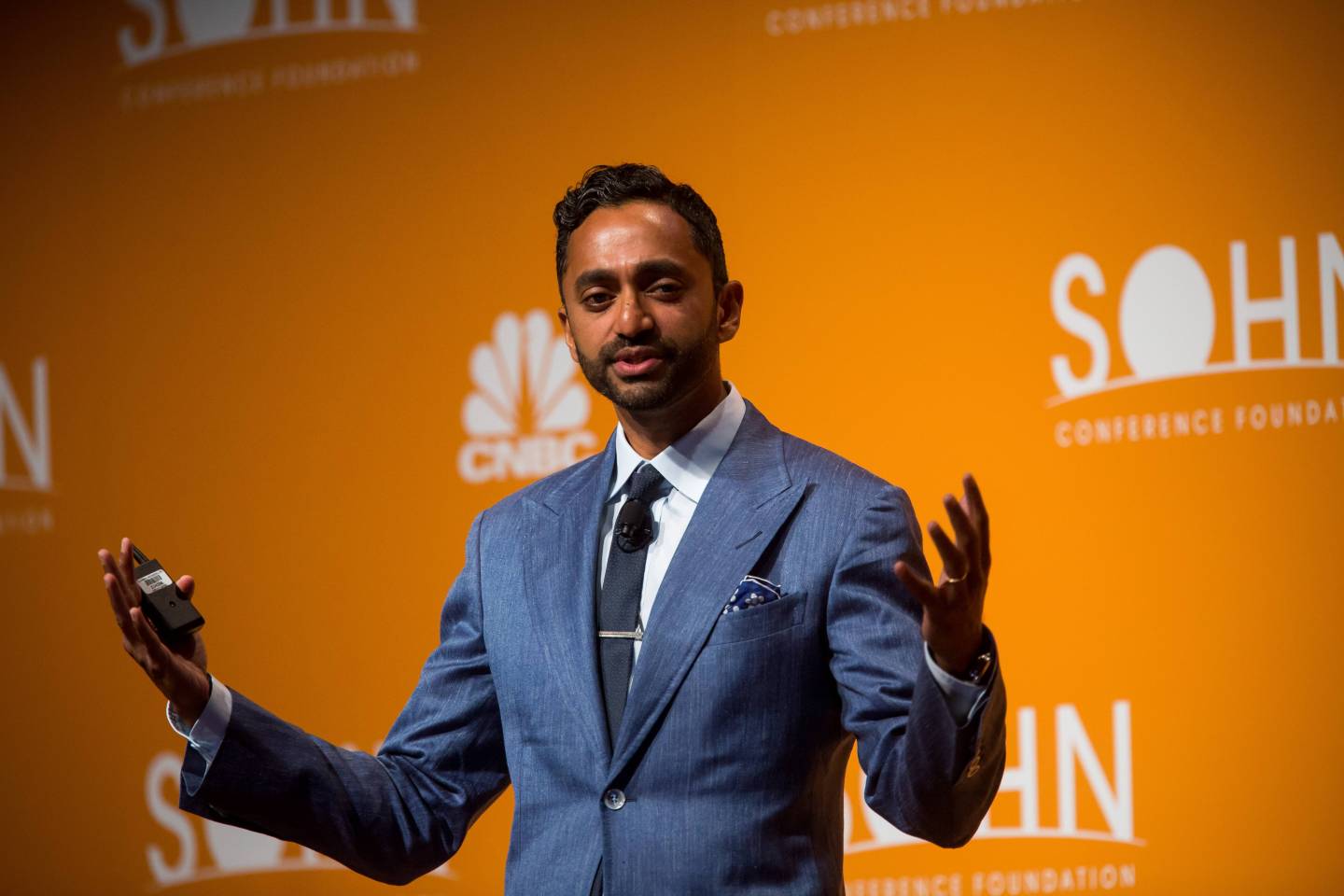 The process for a tech company valued at more than $1 billion (also referred to as “a unicorn”) to go public is long and distracting, Palihapitiya says. It involves conducting an investor road show and working with bankers, who often charge significant fees. Social Capital Hedosophia would offer faster liquidity for investors and employees, waive lock-ups, and trim the timeline of “going public” to roughly 60 to 90 days.

Fortune caught up with Palihapitiya after his morning at the New York Stock Exchange where Social Capital Hedosophia went public under ticker “IPOA.U.”

You just took Social Capital Hedosophia Holdings public. What was the motivation behind that?

Palihapitiya: I really want to change the way companies are built in the Valley. Right now, a lot of these Silicon Valley unicorns are seeing unnecessarily high rates of attrition with employees. When that happens, it’s really hard to build a great business because a lot of these great people are leaving. Some of them just can’t afford to live in what is now one of the most expensive places in the world in the way the existing compensation model in the Valley is set up.

Typically, what happens is you take a really nominal base salary and you get a bunch of equity that would get liquid and realized in years 5, 6, or 7 of a company’s life cycle. Now, that’s no longer the case. Now, when you have companies that need to mature at 8, 9, 10, or 11 years, employees go and start to portfolio diversify. They spend two years at Unicorn A and two years at Unicorn B, and two more years at Unicorn C. That helps nobody. And when you think about why that liquidity isn’t provided earlier, it just ends up being a bunch of procedural issues that are easily fixable.

So part of doing this is just to have a vehicle where we can rewire some of that plumbing in a way that can be much more productive for these employees and for the founders. Get the company liquid sooner and into the hands of a very concentrated, sophisticated blue-chip investor base, and do it in a way where the CEO and founder has the ability to compensate their team, which then allows them to keep them longer and keep them happier.

Do you already have a company in mind?

Palihapitiya: Not yet. When our S-1 was filed, we had 15 of the most well-known unicorn founders and CEOs reach out. You can expect that we’ll start talking to them in detail starting October 1. We’re pretty sure we can find an iconic business that wants to go public and trailblaze in this new way. And once this happens, I think a bunch of other companies will follow suit.

So it looks like this is an attractive path for unicorns.

Palihapitiya: It’s a very attractive path for unicorns. Instead of a 12-month process where the CEO is distracted 50% of the time, it takes 60 to 90 days. Instead of six-month lockups, we waive all lock-ups. Instead of hundreds of investors who don’t know your company, it’s 15 to 20 that believe in your business. It just could not be more different.