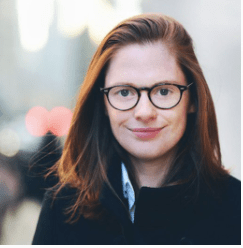 The founders of the blockchain startup Tezos moved to quell rumors of an investigation by the Securities and Exchange Commission, stating on Friday that the agency has not contacted them.

The denial, which came in response to an inquiry from Fortune, could tamp down some of the recent drama around Tezos, which raised $232 million this July in a high-profile “initial coin offering,” or ICO.

The Tezos ICO followed a familiar model in which participants handed over money, in the form of crypto currencies bitcoin and ethereum, in the hopes of receiving digital tokens in the future. In the case of Tezos, the plan is to create tokens (known as “tezzies”) for use on a new type of software that governs contracts on a blockchain.

The Tezos sale, however, came amid growing concern by regulators that ICOs can amount to the unlicensed sale of securities, and be used to fleece investors. In July, the SEC broke its silence on the issue by describing ICOs as “a new paradigm” for fundraising, while also warning that the agency would take action against companies whose tokens too closely resembled speculative investments.

All of this led some people to suggest that Tezos, and its young husband-and-wife co-founders, Kathleen and Arthur Breitman, had fallen afoul of U.S. securities law. These people, who made the claims on the condition they not be identified, include prominent figures in bitcoin and crypto-currency circles.

Rumors of possible investigations surged anew last week in light of a very public spat between the Breitmans and the director of the Tezos Foundation, a Swiss non-profit tasked with using the proceeds of the ICO to support the development of the Tezos platform.

The spat involves the foundation’s director, Johann Gevers, accusing the Breitmans of threatening the foundation’s independence. The Breitmans, meanwhile, have accused Gevers of incompetence and self-dealing, and claimed he misrepresented to foundation’s board the size of a $1.5 million bonus he sought to receive.

The situation, which is so far unresolved, has given rise to headlines like one in the Financial Times this week that said “Acrimony over $232M ICO to intensify regulatory scrutiny.”

Any trouble Tezos may be facing, however, does not appear to include an SEC investigation, which would be a devastating development and pose potential civil or criminal trouble. In two phone interviews with Fortune, Kathleen Breitman said Tezos has not received any inquiries from the SEC.

This is not proof Tezos is out of the regulatory woods. But in regard to an SEC investigation, it is reasonable to surmise the agency would have probably have contacted the Breitmans by now if something was afoot. (The SEC, meanwhile, last week announced its decision to prosecute another individual over two ICOs that took place in August).

A spokesperson for the agency, which does not disclose investigations unless they lead to disciplinary action, declined to comment.

Following the publication of this story, the Breitmans provided the following statement: “While an investigation would certainly be a distraction, other projects have weathered regulatory issues and so far the SEC’s approach in this area has been measured and reasonable. We will cooperate fully with any investigation if one materializes.”

The absence of an SEC investigation would be good news for Tezos supporters, who have grown skittish amid the negative publicity and questions about when the promised tokens would arrive (the Breitmans say that February is most likely).

Nonetheless, the Tezos project still faces challenges given the ongoing acrimony between the Tezos founders and Gevers over the direction of the Tezos foundation in Switzerland.

Under a complex legal arrangement, the foundation is supposed to purchase a company from the Breitmans that holds the code and other intellectual property related to the Tezos platform. But given the clash with Gevers, it’s unclear when or if that will happen.

Meanwhile, Gevers has told the Wall Street Journal that the Breitmans’s move to influence the foundation goes against Swiss law. The couple has since challenged the claim by obtaining a legal opinion that anyone may seek the removal of a foundation director in situations such as mismanagement.

The upshot is that the fight might take months or more to untangle, and could lead to litigation. And while the Breitmans claim their current focus is on completing the software, the foundation fight will likely create uncertainty—which is reflected in reports that the value of tezzies tokens has dropped significantly in futures markets.

Finally, it’s unclear who exactly is controlling the hoard of wealth Tezos is now sitting on. Since July, when the token sale took place, the value of bitcoin and ethereum have soared, which means the $232 million collected at the time is now worth much more. According to Reuters and others, the foundation is slowly converting the digital currency to cash.

As for how the cash is being managed on a day-to-day basis, Arthur Breitman said the question is one for the foundation, and that he could only say there are mechanisms in place to safeguard the funds.

Gevens did not respond to a request for comment, made after business hours in Switzerland, about how the money is being managed or about the salary allegations against him.

(An earlier version of this story incorrectly stated Gevens received, rather than sought to receive, a $1.5 million bonus)