Nordstrom Thinks Half Its Business Could Be Online Within 5 Years 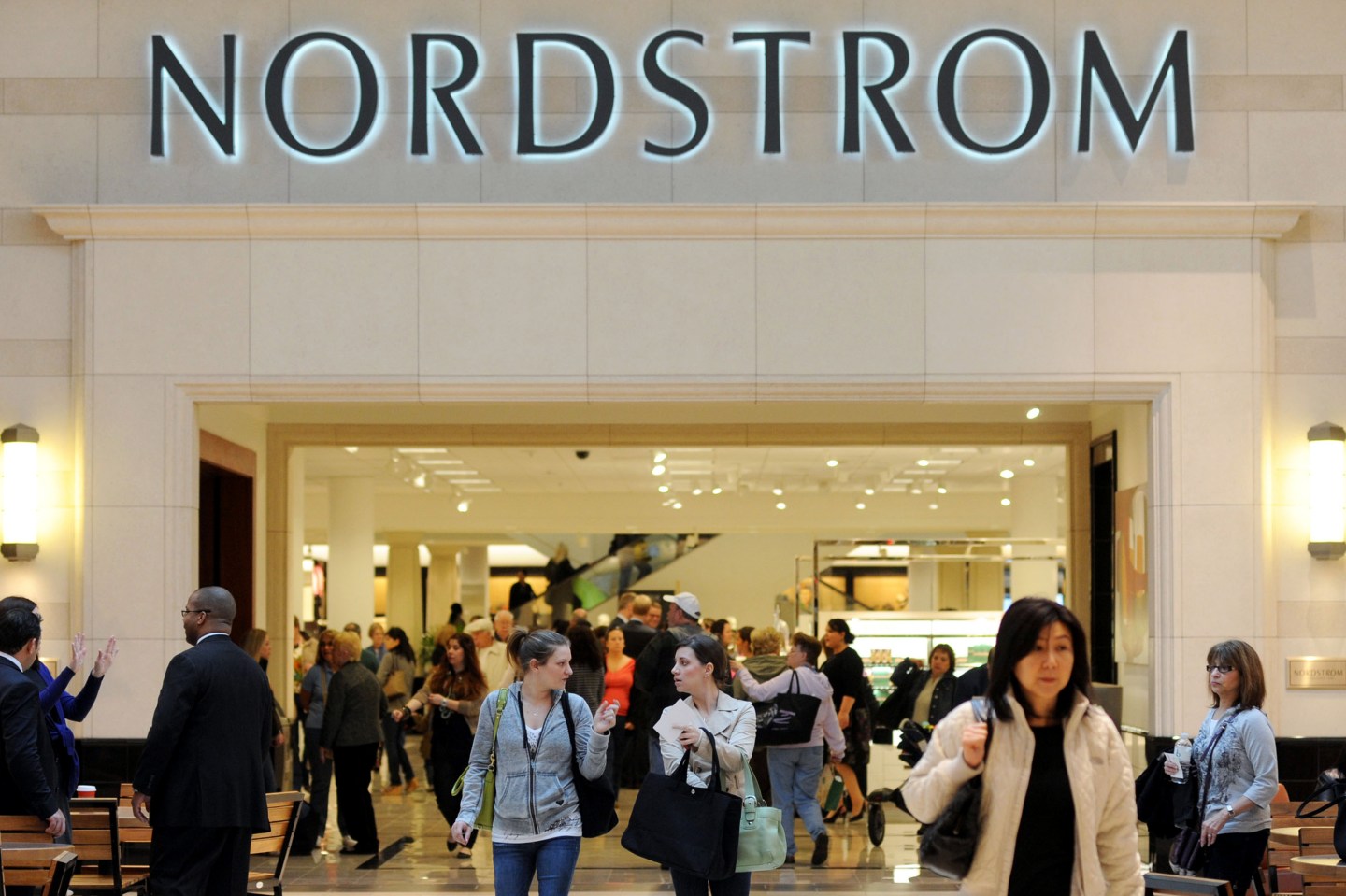 Nordstrom’s (JWN) big investments in e-commerce in the last two decades have paid off handsomely, making the upscale department store a leader in the digital realm among brick-and-mortar retailers.

The company was among the first, and most efficient, in blending stores and online sales for such things as using stores to help fill online orders to speed up delivery and developing a leading shopping app.

That clip led Peter Nordstrom, a member of the retailer’s founding family and one of three co-presidents (Nordstrom does not have a CEO), to say digital sales could very well represent 50% of more of company sales in short order.

“It’s reasonable to assume that we could probably be doing half of our business online in the next five years or so,” Nordstrom said at WWD’s Apparel and Retail CEO Summit in New York.

Only Neiman Marcus, which operated a catalog business for years giving it an e-commerce head start, gets a bigger proportion of sales online among department stores, garnering 31% of sales there, according to eMarketer. Macy’s (M) gets about 18%.

Of course, e-commerce and stores now need to feed business to each other, rather than compete. For instance, by processing online returns in stores, such chains drum up more traffic, as they do by offering in-store pick up for online orders. Such visits can add 25% to a sales transaction. And physical stores also raise a brand’s visibility: Nordstrom said at the WWD conference that when the chain opens a new store in a market, online sales there get a 20% lift.

That is part of thinking behind the upcoming full service Nordstrom store coming to Manhattan, their first such location in New York City. (There is already a Nordstrom Rack in Manhattan.) Nordstrom said 10% of the chain’s online sales already come from the metro New York area without the benefit of a department store.

At the same time, physical stores have to be more interesting places than ever. (Nordstrom joked about how long it took the company to figure out people like drinking before adding bars at some stores.) And the Manhattan store will be Nordstrom’s flagship, not merely a store in a major market. “You can’t just be the best on the block, you’ve got to be the best in the world,” he said.

Nordstrom recently opened a relocated store at the Century City in Los Angeles. But beyond that, don’t expect many more U.S. Nordstrom department stores. “We’re pretty much everywhere we want to be,” Nordstrom said.

More broadly, Nordstrom said, retailers have to avoid trying to force shoppers’ habits and instead adapt to them. So called “channel coercion,” or trying to steer shoppers to one avenue for shopping or other, “doesn’t work.”

Meanwhile, Nordstrom continues to grapple with an industry in major turmoil and transformation, change it saw coming before many rivals.

“We knew it going to happen, it’s just happened faster than we thought,” Nordstrom said.