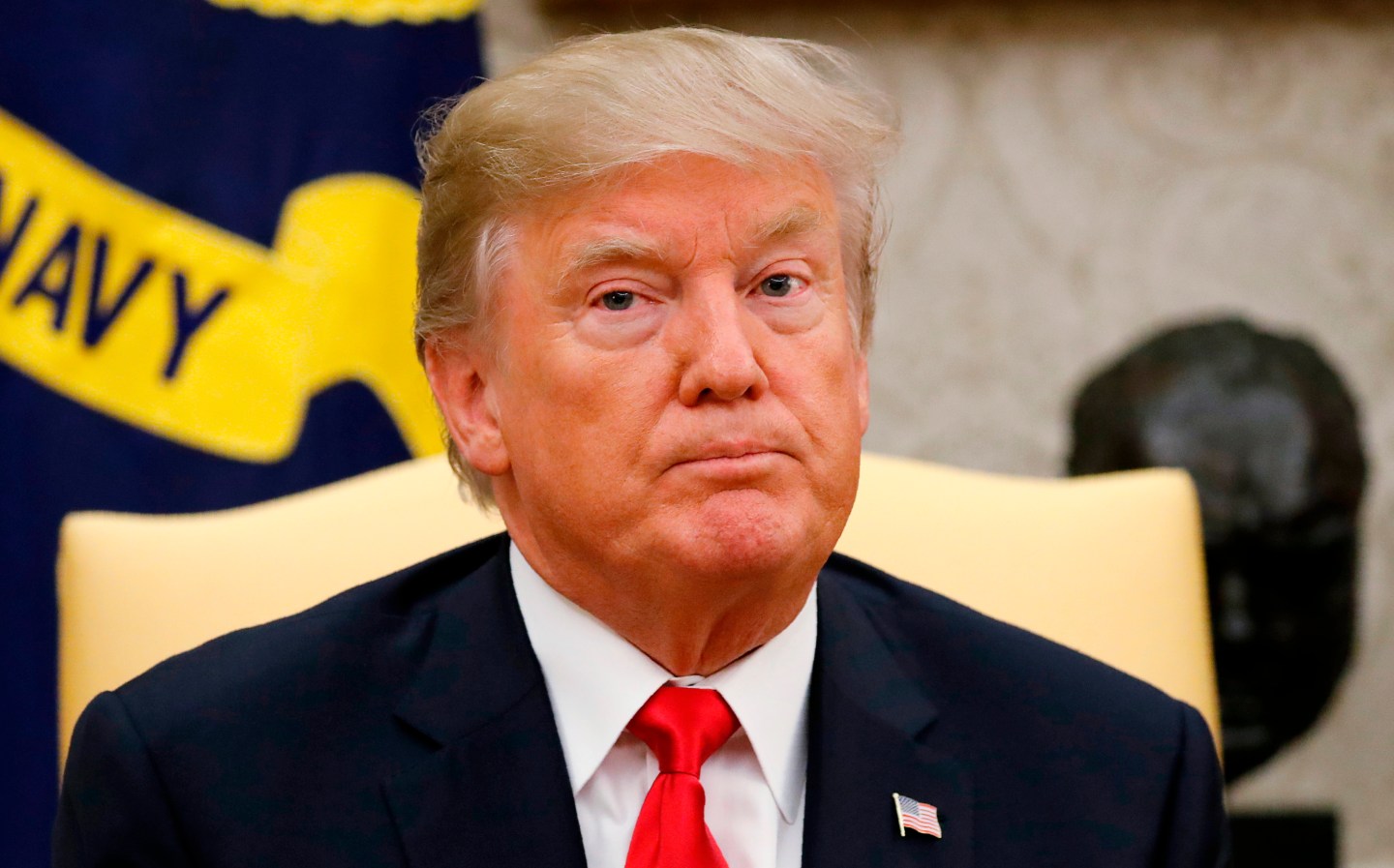 U.S. President Donald Trump listens to a question from the media as he meets with Canada's Prime Minister Justin Trudeau about the NAFTA trade agreement in the Oval Office at the White House in Washington, U.S. October 11, 2017. REUTERS/Jonathan Ernst - HP1EDAB1FN77T
Jonathan Ernst—Reuters

That came on a day when the overall S&P 500 remained relatively flat.

Still, according to Larry Levitt, senior VP of the Kaiser Family Foundation, the woes could have been worse for the insurers.

“Some insurers hiked premiums accross the board for 2018 assuming CSRs would end,” he wrote via Twitter. “Many insurers assumed the cost-sharing payments would end and were allowed by states to raise premiums for 2018 to offset the loss.

Meanwhile, attorneys general such as the New York’s Eric T. Schneiderman have threatened to sue.

Overall however, insurers are still trending higher than they were prior to Trump’s election. The S&P 500 Managed Health Care Index is up about 45% in the past 12 months.