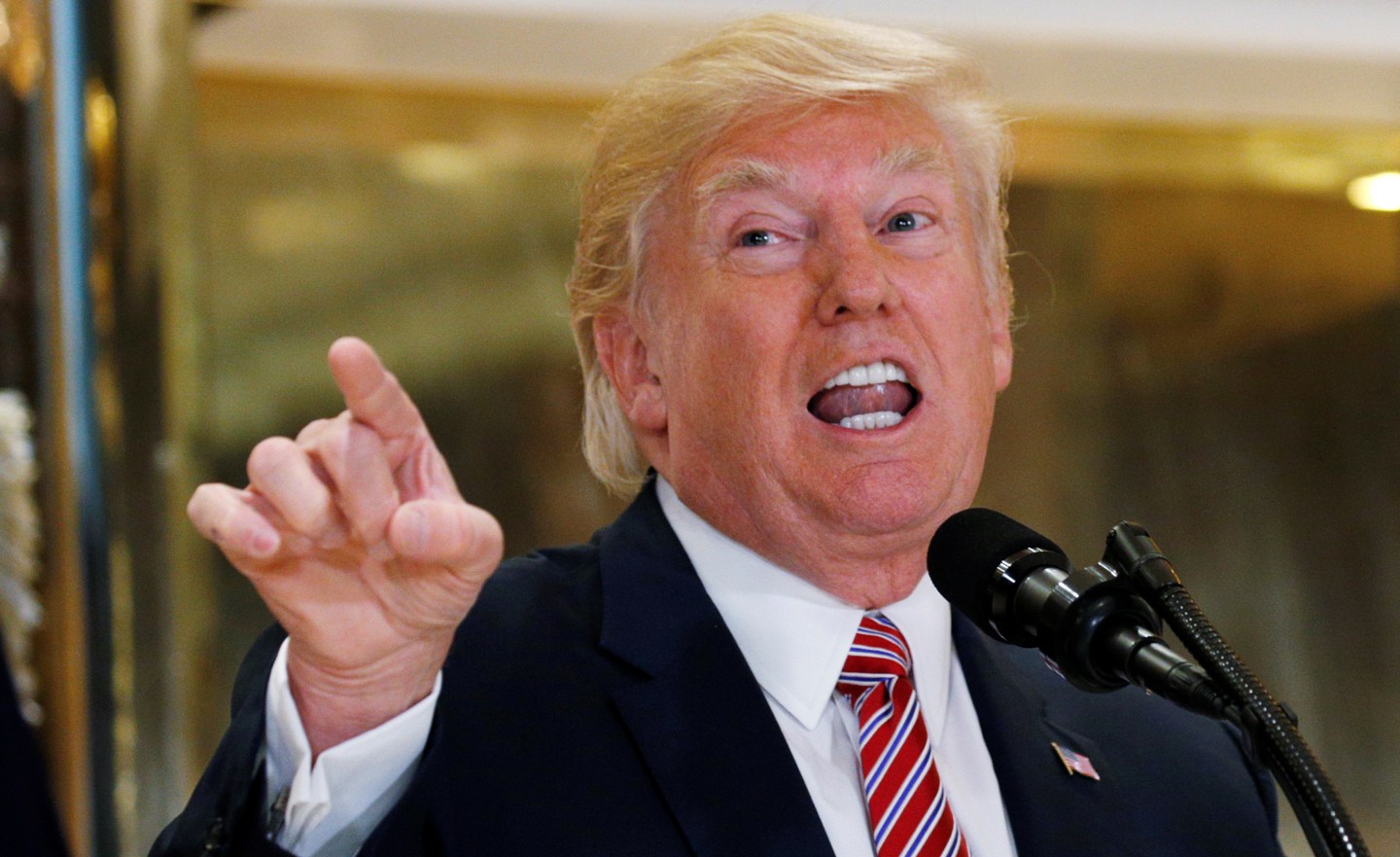 U.S. President Donald Trump answers questions about his response to the violence, injuries and deaths at the "Unite the Right" rally in Charlottesville as he talks to the media in the lobby of Trump Tower in Manhattan, New York, U.S., August 15, 2017. REUTERS/Kevin Lamarque - RTS1BXT3
Kevin Lamarque — Reuters

President Donald Trump’s administration will continue to make critical payments to insurers participating in Obamacare’s individual health insurance marketplaces in August. That will come as a sigh of relief to companies for now—but it’s an open question whether Trump will continue to threaten the so-called cost-sharing reduction (CSR) subsidies, as he has done on multiple occasions, in future months.

Trump labels the CSR subsidies as “bailouts” for insurance companies. In reality, they are payments that can help substantially reduce the out-of-pocket medical costs and deductibles paid by low-income Americans who make between the federal poverty line (FPL) and 2.5 times the poverty level. Some 7 million people qualified for the subsidies in 2017, or about 58% of all Obamacare enrollees.

Insurers are required to lower these costs for qualifying customers, and they rely on the federal Obamacare subsidies in order to make up for their costs. And Trump’s repeated threats to end the payments in a bid to “let Obamacare implode” have already wreaked havoc on the markets.

The Congressional Budget Office (CBO) released a new analysis Tuesday finding that premiums would rise 20% next year and the deficit would balloon by nearly $200 billion over a decade if they subsidies are cut off; many insurers have already baked the payments’ demise into their 2018 plan rates. Participating health insurance firms have requested additional premium increases ranging from 2 percentage points to 23 percentage points (on top of regularly planned hikes) in anticipation of losing the subsidies, according to a recent report by the nonpartisan Kaiser Family Foundation (KFF).

But despite the continuing uncertainty and the possibility of future threats from Trump, there are early signs that Congress may supersede him on the issue entirely. Prominent GOP leaders such as Tennessee Sen. Lamar Alexander, who chairs the crucial Senate Health, Education, Labor, and Pensions (HELP) Committee, have urged the administration to keep making the payments and lauded Wednesday’s announcement. And he even suggested it’s time for Congress to take the matter out of Trump’s hands and legislatively appropriate the money for next year.

Lamar Alexander praises @potus's decision to make the Obamacare CSR payments and calls on Congress to approve them legislatively for 2018.

Some other Republicans have also signaled that they’re getting ready to move on from an Obamacare repeal strategy (despite Trump’s insistence Congress “repeal and replace” the health law) and work with Democrats to shore up its very real flaws. The Senate HELP committee has scheduled hearings on the matter for September.

Another bipartisan group of lawmakers in the House of Representatives has also been working on Obamacare legislation.