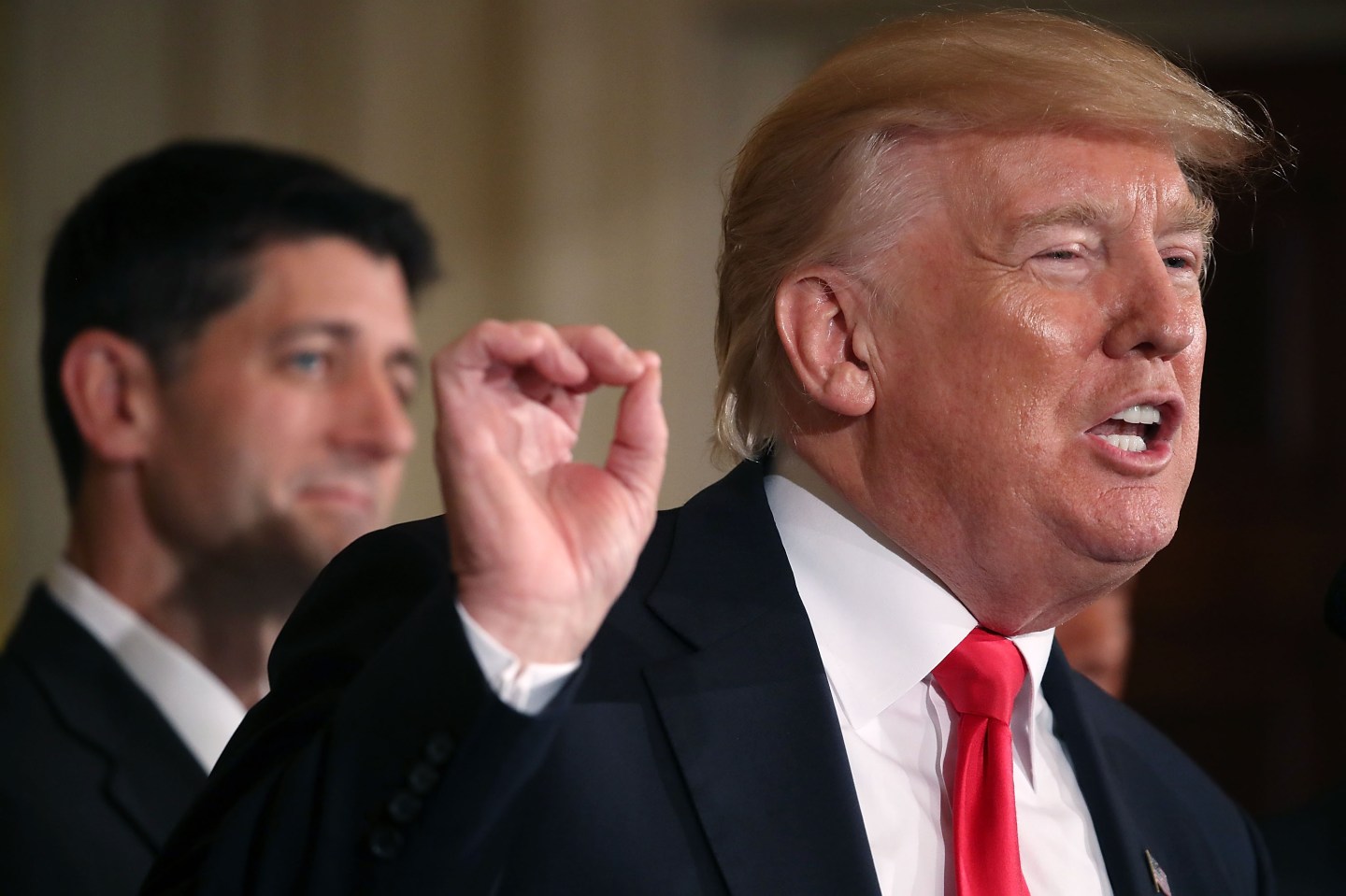 Health and Human Services Secretary Tom Price said Sunday that “no decision’s been made” on whether to continue key Affordable Care Act subsidies to health-insurance companies, but that the administration’s job is “to follow the law of the land.” A top White House aide said President Donald Trump will decide soon.

Smarting from the failure of Senate Republicans to pass an Obamacare repeal and replace bill, Trump on Saturday threatened in a tweet to end the subsidy payments, which help make insurance accessible to poorer Americans, a move that could critically destabilize health exchanges if it went ahead.

The administration has previously floated the idea to stop paying the subsidies that help insurers offset health-care costs for low-income Americans, called a cost-sharing reduction, or CSR. The next payment is due on Aug. 21.

“If a new HealthCare Bill is not approved quickly, BAILOUTS for Insurance Companies and BAILOUTS for Members of Congress will end very soon!” the president said in Saturday’s tweet. It followed a Twitter message on Friday in which he vowed to “let ObamaCare implode.”

Asked on ABC’s “This Week” how soon the Trump administration could stop the cost-sharing payments, Price said no decision has been made and he can’t comment further because of a pending court case. He also declined to clarify what Trump meant by “implode,” saying the president’s comment “punctuates the concern” he has about changing he direction of the health-care system and getting Congress to act.

‘Law of the Land’

Price said in a separate interview on NBC’s “Meet the Press” that the administration’s “job is to follow the law of the land” and that “we take that responsibility very seriously and we will continue to do so.”

White House counselor Kellyanne Conway said on “Fox News Sunday” that Trump will soon decide the fate of the subsidy payments. “He’s going to make that decision this week, and that’s a decision that only he can make,” Conway said.

Trump’s tweet on Saturday also implied that he may target subsidies made available to members of Congress and their staff, who as part of the Affordable Care Act are enrolled in plans on the Washington, D.C., health insurance exchange. Subsidies are similar to those made by employers to pay for their workers’ health insurance premiums.

Mick Mulvaney, director of the Office of Management and Budget, said on CNN’s “State of the Union” on Sunday that the president is weighing such a move, which was urged this month by a coalition of right-wing groups.

A months-long effort by Senate Republicans to pass health-care legislation collapsed early Friday after Republican John McCain of Arizona joined two of his colleagues to block a stripped-down Obamacare repeal bill. McCain’s “no” vote came after weeks of brinkmanship and after his dramatic return from cancer treatment to cast the 50th vote to start debate on the bill earlier in the week. The “skinny” repeal bill was defeated 49-51, falling just short of the 50 votes needed to advance it. Republicans Susan Collins of Maine and Lisa Murkowski of Alaska also voted against it.

Senate Majority Leader Mitch McConnell has said he’ll move on to other legislative business. But in a later tweet on Saturday, Trump suggested he isn’t giving up. “Unless the Republican Senators are total quitters, Repeal & Replace is not dead! Demand another vote before voting on any other bill!”

The president said earlier that Senate Republicans “look like fools” after the repeal bill went down, and made a renewed call for the Senate to abolish a rule requiring 60 votes for some bills — although the health-care measure needed only a 51-vote majority to pass, and fell short.

Trump reiterated that position in a Twitter posting on Sunday, saying, “Don’t give up Republican Senators, the World is watching: Repeal & Replace…and go to 51 votes.”

Republican Senators Lindsey Graham of South Carolina, Bill Cassidy of Louisiana and Dean Heller of Nevada met with Trump Friday on a re-jiggered proposal. Graham said in a statement that Trump had been “optimistic” about the trio’s plan. “I had a great meeting with the president and know he remains fully committed to repealing and replacing Obamacare,” Graham said.

For more on the efforts to repeal the ACA, click here.

Ending the CSR subsidies, paid monthly to insurers, is one way that Trump could hasten Obamacare’s demise without legislation, by prompting more companies to raise premiums in the individual market or stop offering coverage. The administration last made a payment about a week ago for the previous 30 days, but hasn’t made a long-term commitment.

Responding to Trump’s earlier tweet on Saturday, Andrew Slavitt, acting administrator of the Centers for Medicare and Medicaid Services in the Obama administration, said the impact of cutting off subsidy payments “will be felt by the middle class who will pay more to subsidize low income.”

On Friday, health-care analyst Spencer Perlman at Veda Partners LLC said in a research note that there’s a 30 percent chance Trump will end CSR payments, which may “immediately destabilize the exchanges, perhaps fatally.”

America’s Health Insurance Plans, a lobbying group for the industry, has estimated that premiums would rise by about 20 percent if the CSR payments aren’t made. Many insurers have already dropped out of Obamacare markets in the face of mounting losses, and blamed the uncertainty over the future of the cost-sharing subsidies and the individual mandate as one of the reasons behind this year’s premium increases.

Moments after the Senate voted down the Republican bill on Friday morning, McConnell called on Democrats to offer their ideas for moving forward with health care. But he warned: “Bailing out insurance companies, with no thought of any kind of reform, is not something I want to be a part of.”

A survey in April by the nonpartisan Kaiser Family Foundation showed that 61 percent Americans believe Trump and Republicans are responsible for future problems with the ACA, while 31 percent said President Barack Obama and Democrats would be at fault.

“If the President refuses to make the cost sharing reduction payments, every expert agrees that premiums will go up and health care will be more expensive for millions of Americans, The president ought to stop playing politics with people’s lives and health care,” Senate Minority Leader Chuck Schumer said in a statement.