Yellowstone Supervolcano Could Erupt Sooner Than We Thought. Here’s What You Need to Know. 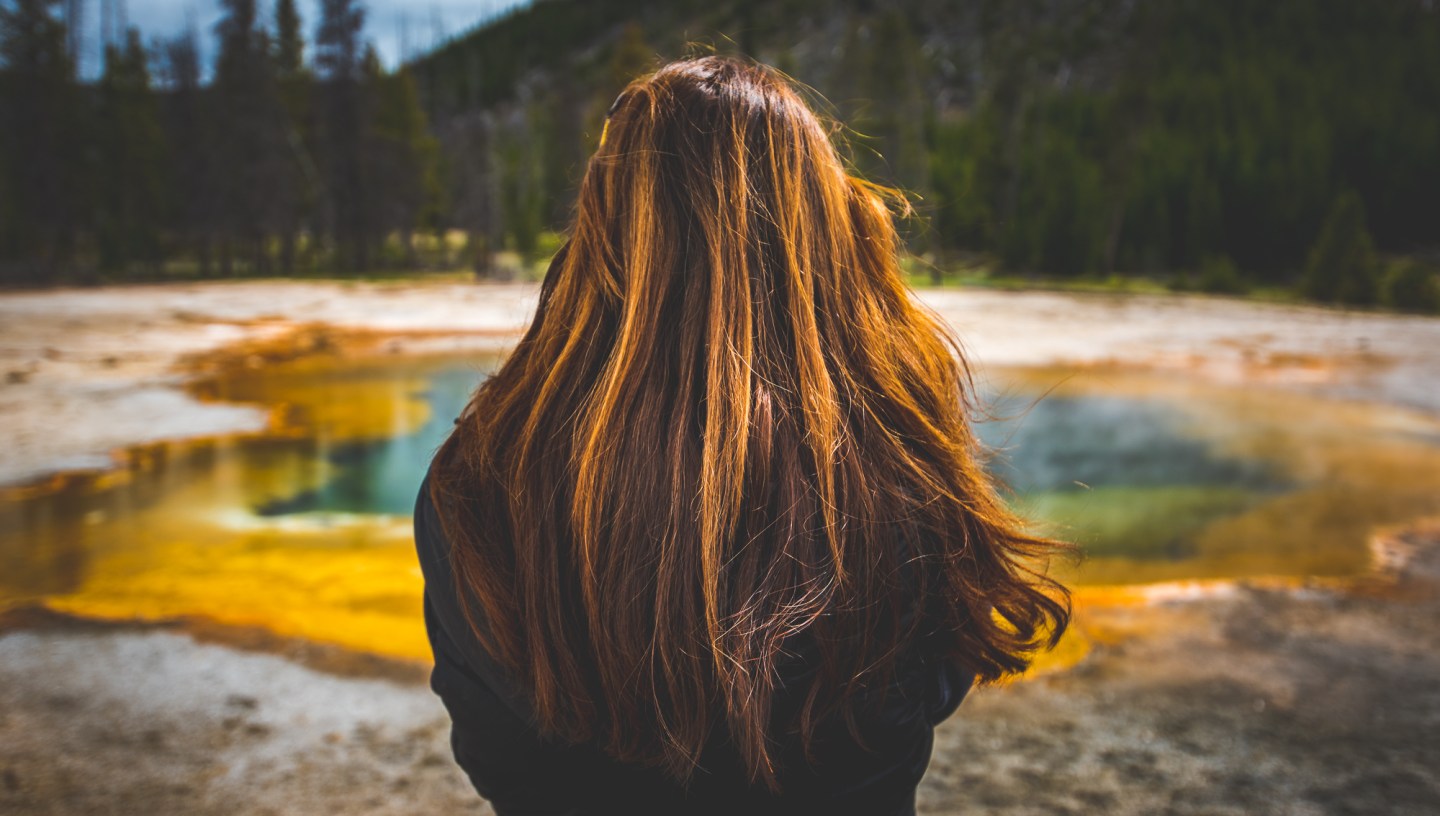 *** EXCLUSIVE *** YELLOWSTONE NATIONAL PARK, WY - MAY 2016: The contrast spectrum of colours in one of the Yellowstone pools, taken in May 2016, in Yellowstone National Park, Wyoming, United States. WITNESSING the beautiful spectrum of colours in Yellowstone National Park springs, you could almost forget youre standing on a supervolcano way past its eruption due date. The extraterrestrial-looking mineral-rich pools are caused by bacteria and thermophiles growing around the edges, creating the striking colours. The heat from three super eruptions thousands of years ago still powers the parks geysers, hot springs, fumaroles and mud pots, indicating how frighteningly active this volcano is directly under visitors feet. PHOTOGRAPH BY Russell Pearson / Barcroft Images London-T:+44 207 033 1031 E:hello@barcroftmedia.com - New York-T:+1 212 796 2458 E:hello@barcroftusa.com - New Delhi-T:+91 11 4053 2429 E:hello@barcroftindia.com www.barcroftmedia.com (Photo credit should read Russell Pearson /Barcroft Images / Barcroft Media via Getty Images)
Barcroft Media via Getty Images

Did you know there’s a supervolcano in Yellowstone National Park? Maybe you’ve heard that it could erupt with much less advance warning than expected?

Researchers from Arizona State University spent weeks studying fossilized ash deposits from the Yellowstone volcano and recently shared their findings. The minerals in these deposits revealed that the critical changes in temperature and composition preceding an eruption build up over a matter of decades, rather than thousands of years as scientists originally thought.

“It’s shocking how little time is required to take a volcanic system from being quiet and sitting there to the edge of an eruption,” Hannah Shamloo, a graduate student at Arizona State University who worked on the research, told The New York Times.

This is an alarming thing for a volcanologist to say. The good news is that scientists are likely just decades away from being able to more accurately predict when an eruption would occur.

Here are some more facts about supervolcanoes that may or may not make you feel any better.

Is Yellowstone the only supervolcano to worry about?

No, of course not. There are about 20 others around the world and three others, besides the Yellowstone supervolcano, in the U.S. Scientists suspect that one of them erupts every 100,000 years or so.

Campi Flegri is in a “critical state,” according to researchers in Italy. It’s due for an eruption soon, but it would be a minor event compared to the 72 cubic miles of molten rock it spewed in its most notorious eruption 39,000 years ago, called Campanian Ignimbrite, that likely contributed to the extinction of the Neanderthals.

What areas would a Yellowstone eruption affect?

If the Yellowstone supervolcano erupts, it could shoot out more than 1,000 cubic kilometers of rock and ash into the air.

That’s 250 cubic miles. That’s more than three times as large as the Campanian Ignimbrite eruption in Italy, which created a sulfurous cloud that floated more than 1,200 miles away to hang over Russia. That’s 2,500 times more material than Mount St. Helens expelled in 1980, killing 57 people.

An eruption at Yellowstone would result in a cloud of ash more than 500 miles wide, stretching across nearly the entire western United States.

The explosion could be so incredibly large that it could plunge the entire planet into a volcanic winter. That means it would be impossible to grow crops and current food stores would only last about 74 days, according to a 2012 estimate by the United Nations (though innovations in farming may mean that food could be grown underground).

Will a supervolcano eruption end life on Earth?

None of this sounds ideal, but how does it rank in terms of apocalyptic near-future possibilities? According to NASA, supervolcano eruptions are a bigger danger to life on Earth than any asteroid.

Luckily NASA has a plan to neutralize supervolcano threats. It would cost approximately $3.4 billion and involves drilling down just over 6 miles into the volcano in order to release heat and hopefully avoid a violent eruption.

This plan could cool the supervolcano over the course of hundreds or even thousands of years. There’s another bonus: It would become a source of geothermal energy, too. But there are considerable risks, too. It could trigger the eruption it’s meant to save us from.

How likely is it that the Yellowstone supervolcano will erupt?

Despite the fact that this new research shows conditions leading up to supervolcano eruption could occur in several decades, the chances that you will personally experience an explosion of this scale are still low.

The odds of the Yellowstone supervolcano erupting within a given year are one in 730,000, according to the U.S. Geological Survey. Here’s a little perspective: Those odds are significantly better than your chances of winning the lottery and only slightly worse than the chance you’ll be struck by lightning.