3 Men Got Nobel Prizes In Physics Today. That’s More Than the Number of Female Winners—Ever 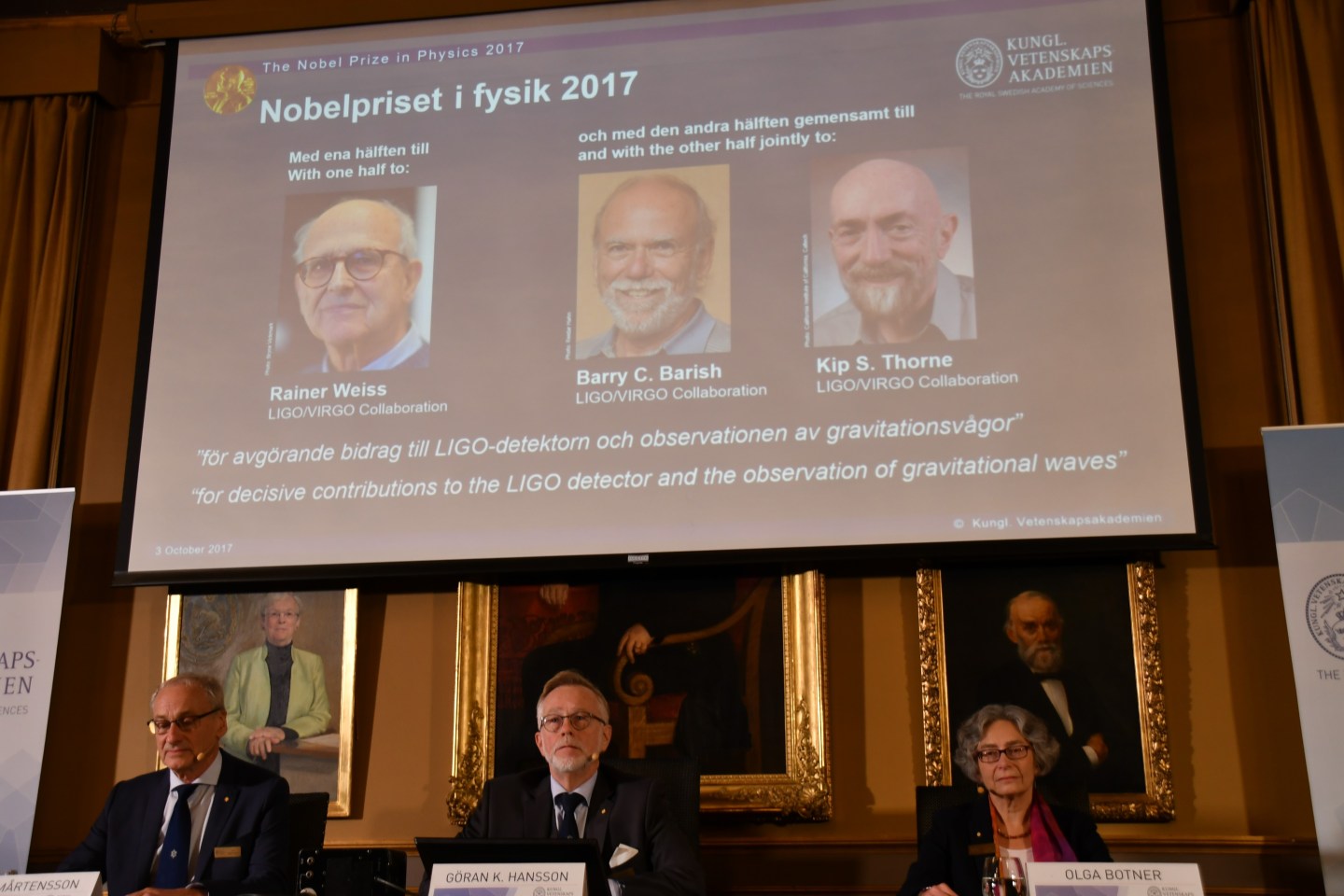 Three U.S. scientists were awarded the Nobel Prize in Physics Tuesday “for decisive contributions to the LIGO detector and the observation of gravitational waves.” The Massachusetts Institute of Technology’s Rainer Weiss, Kip Thorne and Barry Barish are credited with detecting the waves that Albert Einstein predicted a century ago and described as “ripples” in the fabric of the universe.

Of these 206 individuals, only two—or a mere 1%—have been women. And even these women didn’t get “full” prizes.

The first is the well-known scientist Marie Curie (who is also the only woman to be awarded a Nobel twice). In 1903, when she received the Physics award, it was divided between Antoine Henri Becquerel, who got half the award (“in recognition of the extraordinary services he has rendered by his discovery of spontaneous radioactivity”), and Pierre and Marie Curie, who split the other 50%—meaning they each received a quarter of the prize.

Sixty years later, Maria Goeppert Mayer became the second women to receive the Nobel Prize in Physics—and she, too, received a quarter of it. The lion’s share was awarded to Eugene Paul Wigner (“for his contributions to the theory of the atomic nucleus and the elementary particles”), while she and J. Hans D. Jensen split the remaining half “for their discoveries concerning nuclear shell structure.”