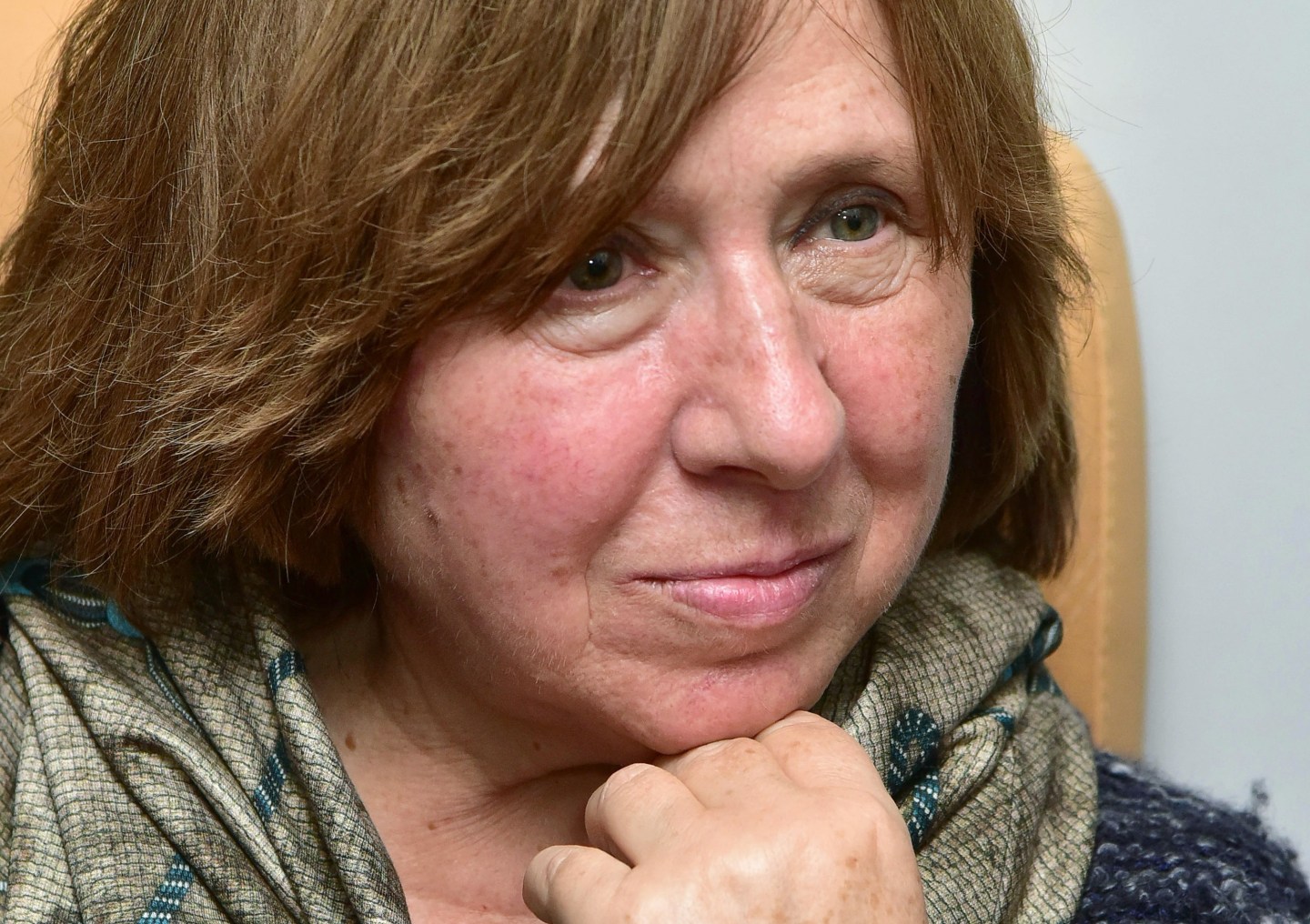 Belarus writer and journalist Svetlana Alexievich attends a press conference in Minsk, on October 8, 2015, following the announcement of her Nobel Literature Prize earlier in the day. Nobel prize winning Belarusian author Svetlana Alexievich on October 8 said she loved the Russia of "ballet, literature and ballet" but not the country it has become under President Vladimir Putin. AFP PHOTO / MAXIM MALINOVSKY (Photo credit should read MAXIM MALINOVSKY/AFP/Getty Images)
Photograph by Maxim Malinovsky — AFP/Getty Images

There are few greater honors than winning the Nobel Prize. The Prize is given “to those who, during the preceding year, shall have conferred the greatest benefit to mankind,” as Alfred Nobel, the founder of the prize, wrote in his last will in 1895.

On one hand, two women getting the top honor is is incredible. Yet when you compare the number to the eight men that received the Prize, it shows that there is still more work to be done to close the gender gap.

Since the first Prize was awarded in 1901, women have won it 49 times, men 825 times, and organizations 26 times. Comparing just women to men, the former has received the honor 5.6% of the time.

Not all categories of the Prize are created equal, however. Of the six categories, the Nobel Prize for literature has had the most female representation (12.5%), with the Nobel Peace Prize following closely behind (12.4%). Physics has had the least female recipients (around 1%).

While this is indeed low, there have been drastic improvements. In the first twenty years of the Prize’s existence, women only received the honor on four occasions—and Marie Curie accounted for two of those times.

The next 60 years were only slightly better: five women received the Prize during each 20-year period. It was only in the last two decades of the 20th century that progress was palpable: From 1981 through 2000, women were honored 11 times. Now, in the 21st century, women are truly making progress. Over the last 15 years, 19 women have received the honor.