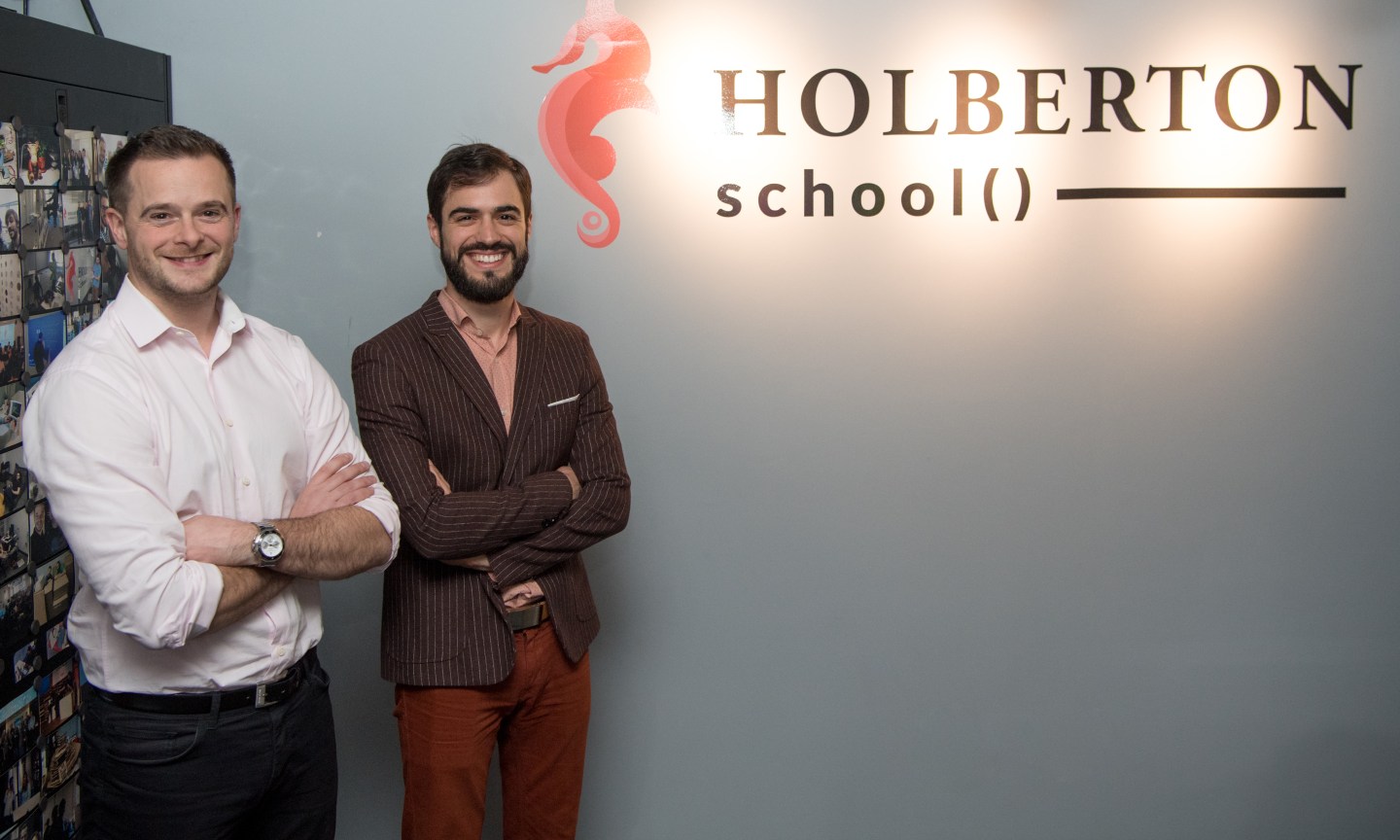 The Holberton School, which helps select students get potentially lucrative software engineering jobs, defers tuition charges until after graduation. Now, along with a few allies, it wants to help them defray the stratospheric cost of living in its home town of San Francisco as well.

Google, Accenture (ACN), Scality, and CloudNow have ponied up $40,000 to help with that. Scality is a cloud storage company. CloudNow is a non-profit organization that aims to increase women’s participation in the tech industry. That aligns with Holberton’s goal of bringing more women and minorities into technology.

Holberton’s two-year program combines project-based coursework with internships at companies including Google (GOOGL), Apple (AAPL), and Dropbox. It also relies on tech mentors from those companies as well as IBM (IBM), Docker, Facebook, Microsoft (MSFT), Yahoo, and Uber to help students along.

Vint Cerf, chief internet evangelist for Google, also known as “the father of the internet” for his work on the internet’s TCP/IP protocol, is a fan of the school and its use of industry internships.

The program is impressive and helpful to students and vendor partners alike, Cerf told Fortune in an interview. “In their internships, students end up getting exposed to a pretty broad range of stuff at Google and that helps reinforce why they learned what they learned and why it’s important,” he noted.

Many people in tech take a gap year to figure out what they want to do. In some ways, what Holberton does is echo apprenticeship programs in Germany, Cerf added.

Holberton is an elite alternative college with each class or “batch” is limited to 30 students. That brings the number of students over three years to 150 overall.

Once a graduate starts earning money, he or she starts paying back the cost of tuition. That means 17% of the salary during their internship and then 17% of their annual salary over three years. That is not cheap — but then again, it’s likely less than four years of private college tuition. Say a student earned $40,000 during an internship and $300,000 over three years of full-time employment — he or she would owe Holberton just $58,000 total. Four years at a private college (excluding scholarships) can easily exceed $120,000 in tuition and Ivy League schools are much pricier.

The latest cash infusion is not much— $40,000 won’t likely make a huge difference for a few hundred students trying to make ends meet in San Francisco—but it’s clear Holberton hopes it might spur other contributions.

Holberton partisans would argue that its mix of project-based learning, access to industry mentors, and internships at top companies give its students a higher chance of landing a good job at a Bay Area or Silicon Valley company. Such companies now often find it hard to recruit the people needed for these engineering jobs.

Holberton’s model “is safer for everyone because if you don’t find anything, then you don’t pay anything,” Holberton CEO and co-founder Julien Barbier told Fortune via email.