American Whiskey Is on Fire 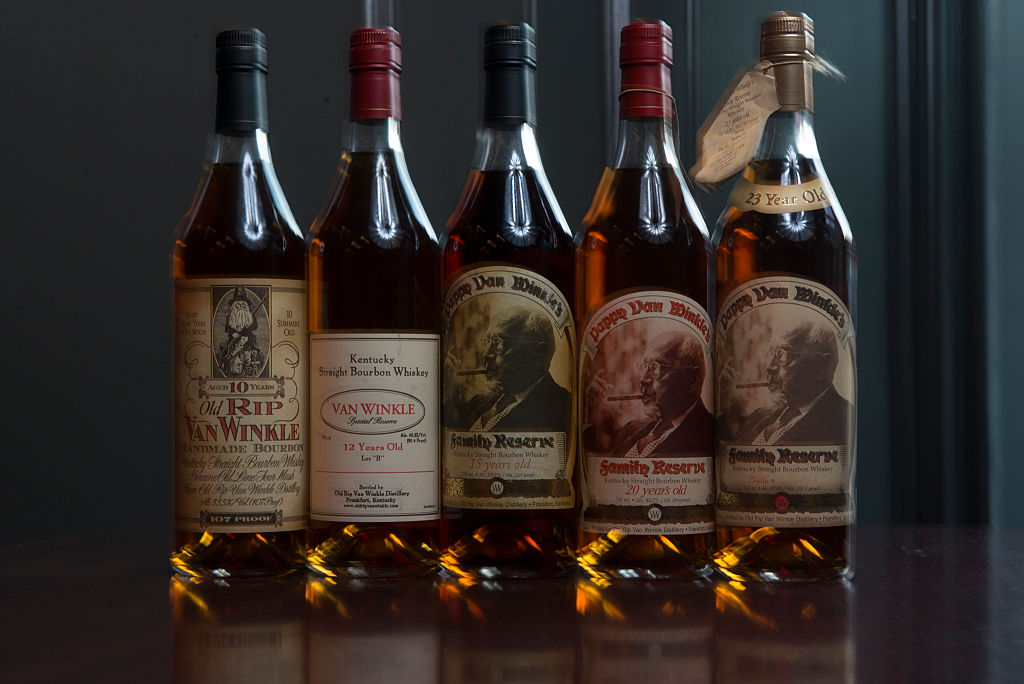 The American whiskey market is heating up.

“Just 15 years ago, it was very difficult to pay more than $30 for a bourbon off the store shelf,” says Jeffery Lindenmuth, executive editor of the magazine Whisky Advocate. Today, off-the-shelf bottles regularly retail for two to three times that amount.

Demand has been building for more than a decade. As of August 2016, there were 1,315 active craft distillers active in the U.S., according to the American Craft Spirits Association. Ten years ago, there were just over three dozen. This renaissance has attracted plenty of new customers. Sales of bourbon, Tennessee whiskey and rye whiskey reached $3.1 billion last year, up around 8% from 2015, according to the Distilled Spirits Council. Top shelf brands are benefiting the most: From 2010 to 2016, high end premium and super-premium revenues grew by 44% and 141%, respectively.

Despite its newfound sophistication, American whiskey is, by far, a more affordable drinking option than its Scottish or Japanese counterparts. This extends to rarer bottles sold at auction, where Scotch and Japanese whisky often fetch five, even six figures. (A 50-year-old single malt Macallan recently sold for £65,210, or $83,656.)

As does the fact that many American producers sell barrels at what they believe is a fair price (rather than what the market will bear), a price structure often maintained by retailers. In an attempt to limit the number of bottles that are immediately re-sold on the secondary market, stores have developed their own systems, explains Jonny McCormick, a writer for Whisky Advocate. Some create lotteries, or sell only to long-time customers. Others simply tweet out when a new shipment has arrived, and allow buyers to purchase on a first-come basis. Despite these precautions, it’s a setup where “flippers and investors can prosper,” says Lindenmuth.

Select the right bottle, and you could make a 10x return on investment in a few years. Lew Bryson, a long-time whiskey writer, has his own strike-it-rich story: In 2004, he bought a bottle of Hirsch Reserve 16 Year Old bourbon for $40. The bottle sells for north of $2,000 today.

This 5,000% return on investment is largely due to the fact that Hirsch Reserve 16 Year Old is very rare. The batch only made 400 bottles, and comes with a long, prestigious (and complicated) back story.

Unlike wine, price depends less on a whiskey’s vintage (older whiskies still sell for more, but the aging process stops once the spirit is bottled), and more on exclusivity. The quality of the bourbon matters too, of course, as does the distillery that produced it. “Hirsch is no longer made, and it has a reputation as being one of the best bourbons ever made,” says Lew, an intoxicating combination for collectors and enthusiasts alike. “I’ve seen it at bars for $350 a shot.”

Lew knows how crazy that sounds — a whiskey lover living on a freelance writer’s salary, he would never pay $2,000 for a bottle of bourbon. But as the market continues to mature, it could attract deep pocketed investors who will.

“I believe there is a lot of room to run for American whiskey,” says Lindenmuth.