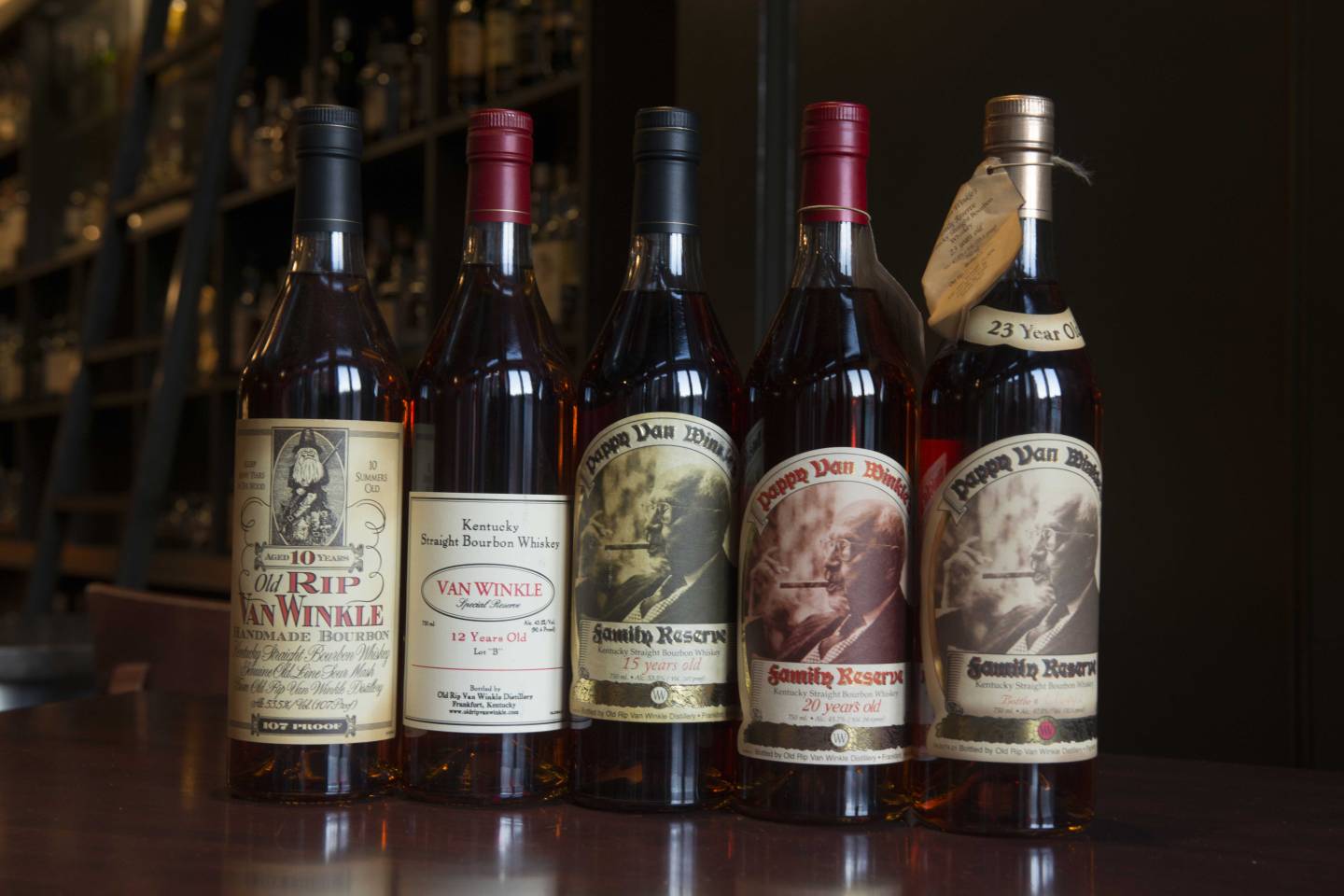 If you need a good example of just how rabid fans of Pappy Van Winkle bourbon are: A bottle recently sold on eBay for more than $300.

The bottle was empty.

Pappy Van Winkle has a problem any alcohol brand would love to have: It generates an incredible amount of hype as a rare, yet must-have, American whiskey. Roughly 7,000 bottles hit the market each fall, a sweet spot that observers say is just enough volume to generate real interest, but not enough to flood the market.

As a result, the bourbon—produced at Buffalo Trace Distillery in Kentucky under a joint venture with the Van Winkle family—immediately sells out to fans who turn to websites and apps to find a bottle. Liquor stores that get Pappy generally get only one or two with lines forming outside stores the day the bourbon goes on sale. And then there are the secondary markets, which can drastically drive up prices.

“They are totally the standout celebrity,” says Reid Mitenbuler, author of Bourbon Empire: The Past and Future of America’s Whiskey.

But this week, Pappy aficionados got some dreadful news. Buffalo Trace warned that Van Winkle barrels yielded less whiskey than normal for 2015.

“The result is less 15 year-old Pappy Van Winkle than usual, and far less 20 year-old and 23 year-old,” Kris Comstock, Buffalo Trace’s bourbon marketing director said in a prepared statement. “Frankly, about half as much as last year.” Those bottles are priced between $80 and $250 each, though the secondary market will surely fetch a much higher price. A bottle of Pappy Van Winkle 23-year released last year is currently listed at $2,700 on one reseller’s website.

Whiskeys that feature age statements must be filled with liquid that is at least as old as the “youngest” drop of alcohol inside. So a 15-year whiskey can contain alcohol that has actually been aged longer, but it must all be at least 15 years old. That means Pappy could theoretically use older whiskey if needed, but if it were to pull from barrels earmarked for future 20- and 23-year bottles, the company said a shortage would occur down the road.

Since Pappy Van Winkle’s rarity is already the stuff of legend, Fortune had to ask Comstock how bona fide this current shortage really is. He promises that it’s a legitimate problem.

“Demand is already outrageous, and we can sell twice as much if we had it,” Comstock says. He points out that Pappy is not raising its prices, a point whiskey observers say is fair. And Pappy doesn’t benefit from the higher prices on the secondary market.

Mitenbuler says Pappy is in a difficult spot. On one hand, the distiller wants to communicate the shortage issue to loyal customers to let them know it will be hard to find a bottle. At the same time, this type of press statement can’t help but increase the brand’s hype.

Pappy Van Winkle wasn’t always a difficult whiskey to find. As recently as 10 years ago, bottles could be found collecting dust on local liquor shelves. It became an “It” brand after several notable celebrity chefs and whiskey lovers began to tout it as a must-have whiskey for any collector’s home bar. Pappy has also rode the wave of the increased interest in bourbon over the past several years.

If you need further proof of the outsized demand for Pappy Van Winkle, consider the scene at WhiskyFest 2015, a high-profile event in Manhattan that featured 41 brands including Johnnie Walker, Suntory, Jack Daniel’s, and The Glenlivet. The Pappy booth was the only one with a line, which remained constant throughout the evening. It was also the only booth that had security.

Of course all this hype begs the question: Is Pappy Van Winkle really that good?

Fred Minnick, author of Bourbon Curious: A Simple Tasting Guide for the Savvy Drinker, didn’t want to be among the bandwagoneers, but while judging the 2013 San Francisco World Spirits Competition, he found himself especially allured by one whiskey that ended up winning best bourbon. Sure enough, it was Pappy Van Winkle 15-year-old.

“I was really hoping it wasn’t Pappy, even though I thought the whiskey was the best,” says Minnick, recalling the competition. “When it was unveiled, I was like, ‘Shit, I just contributed to the hype.’ The thing is—it is a really, really good bourbon.”