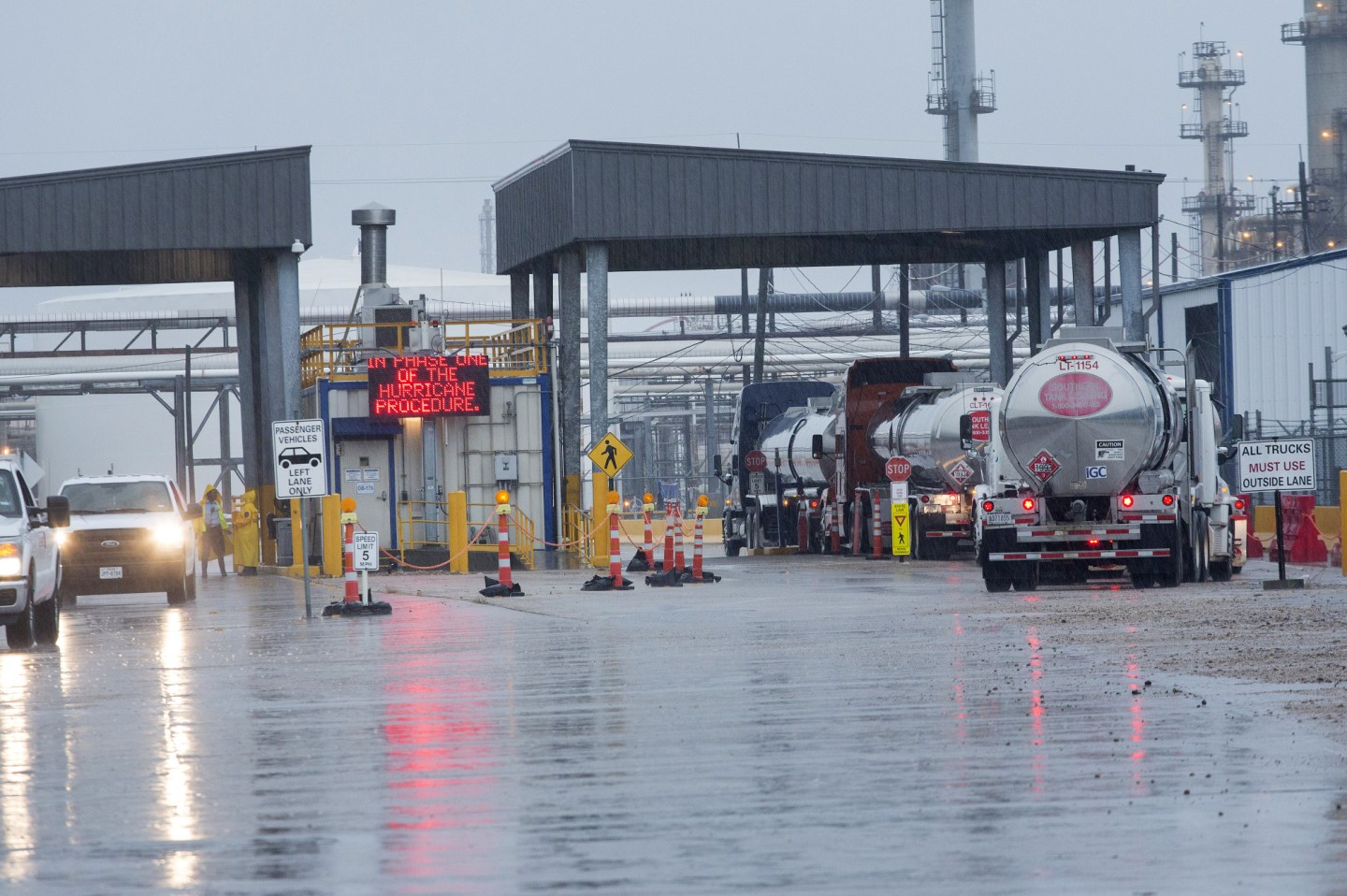 Harvey became the strongest hurricane to hit Texas in more than 50 years, making landfall in the heart of the U.S. energy sector and bringing the danger of a life-threatening storm surge.

Harvey came ashore as a Category 4 storm between Port Aransas and Port O’Connor, Texas, packing gusts strong enough to strip the roof off houses and menacing Houston, the country’s fourth-largest city, the U.S. National Hurricane Center said in an advisory at 10 p.m. local time Friday. By 3 a.m., winds had slowed and the storm had been downgraded to Category 2 after earlier making a second landfall on the northeastern shore of Copano Bay.

Along with powerful winds, Harvey’s forecast to dump as much as 40 inches (102 centimeters) of rain on the region and cause substantial flooding, raising the potential of lengthy power outages, damaged refineries and blocked shipments of oil and agricultural products.

“Storm surges and 100-mile per hour plus winds will result in widespread coastal devastation near and northeast of landfall,” said Todd Crawford, chief meteorologist at The Weather Company in Andover, Massachusetts. “Amongst all the impacts from wind damage and storm surge, the freshwater inland flooding may end up being the biggest story of all.”

Harvey was moving northwest about 6 miles per hour, and is expected to slow as it meanders over southeastern Texas. The maximum sustained wind speed dropped to 110 miles (175 kilometers) per hour from 130 miles per hour at first landfall, and additional weakening is forecast over the next two days, the NHC said.

The storm is striking a region that has a cluster of refineries that process 5 million barrels of oil a day. By Friday, about 1 million barrels a day of crude and condensate refining capacity in Texas had been shut down by companies including Valero Energy Corp., according to company statements, government releases and people familiar with the situation. About 22 percent of Gulf of Mexico oil production had also been shuttered, along with the port of Corpus Christi, which ships the largest amount of U.S. crude overseas.

In addition to its economic impacts, Harvey prompted thousands of residents along the Texas coast to flee their homes and caused Governor Greg Abbott to declare an emergency. It was the first Category 4 storm to hit Texas since 1961 and the first to hit the U.S. since 2004. Katrina, the most costly hurricane in U.S. history, came ashore as a Category 3 storm in 2005.

Harvey formed more than a week ago east of Barbados then meandered through the Caribbean Sea before falling apart last weekend. The storm reformed in the Gulf of Mexico after crossing the Yucatan Peninsula this week.

It is forecast to stall northwest of Corpus Christi, soaking the region in rains likely to result in widespread flooding. It’ll probably meander between Corpus Christi and San Antonio through Sunday before drifting east toward the Gulf of Mexico.

If the storm does significant damage to the refineries in the region, or causes the Colonial pipeline to go offline, the effects could ripple to other parts of the country that rely heavily on the Gulf Coast for fuel supplies. Gasoline futures settled at a three-week high Friday as the storm approached.

Hurricane Ike, a Category 2 storm when it struck near the mouth of the Houston Ship Channel in 2008, killed 103 people across the Caribbean and the U.S., including at least 21 in Texas, Louisiana and Arkansas. It caused about $29.5 billion in damage, according to a 2009 National Hurricane Center report. Property analytics firm CoreLogic estimated Thursday that 232,721 homes along the Texas coast with a reconstruction cost value of about $39.6 billion were at risk of storm surge damage.

President Donald Trump approved a major disaster declaration, making federal assistance available to supplement state and local recovery efforts. In a Twitter message shortly after the storm made landfall, Trump said “we will remain fully engaged w/open lines of communication” and “America is w/you”. Separately, the U.S. Environmental Protection Agency waived certain fuel requirements for gasoline and diesel in eastern parts of the state to allay concerns of fuel shortages.

So far, Harvey has resulted in:

Shutdowns at the ports of Corpus Christi, Houston and Galveston BNSF halting train traffic in the Galveston area More than 104,000 customers in Texas to lose power Grain elevators to stop shipments of more than 300,000 bushels of sorghum Stopped drilling in the Eagle Ford shale formation