Janet Yellen: Any Rollback of Post-Crisis Financial Reforms Should Be ‘Modest’ 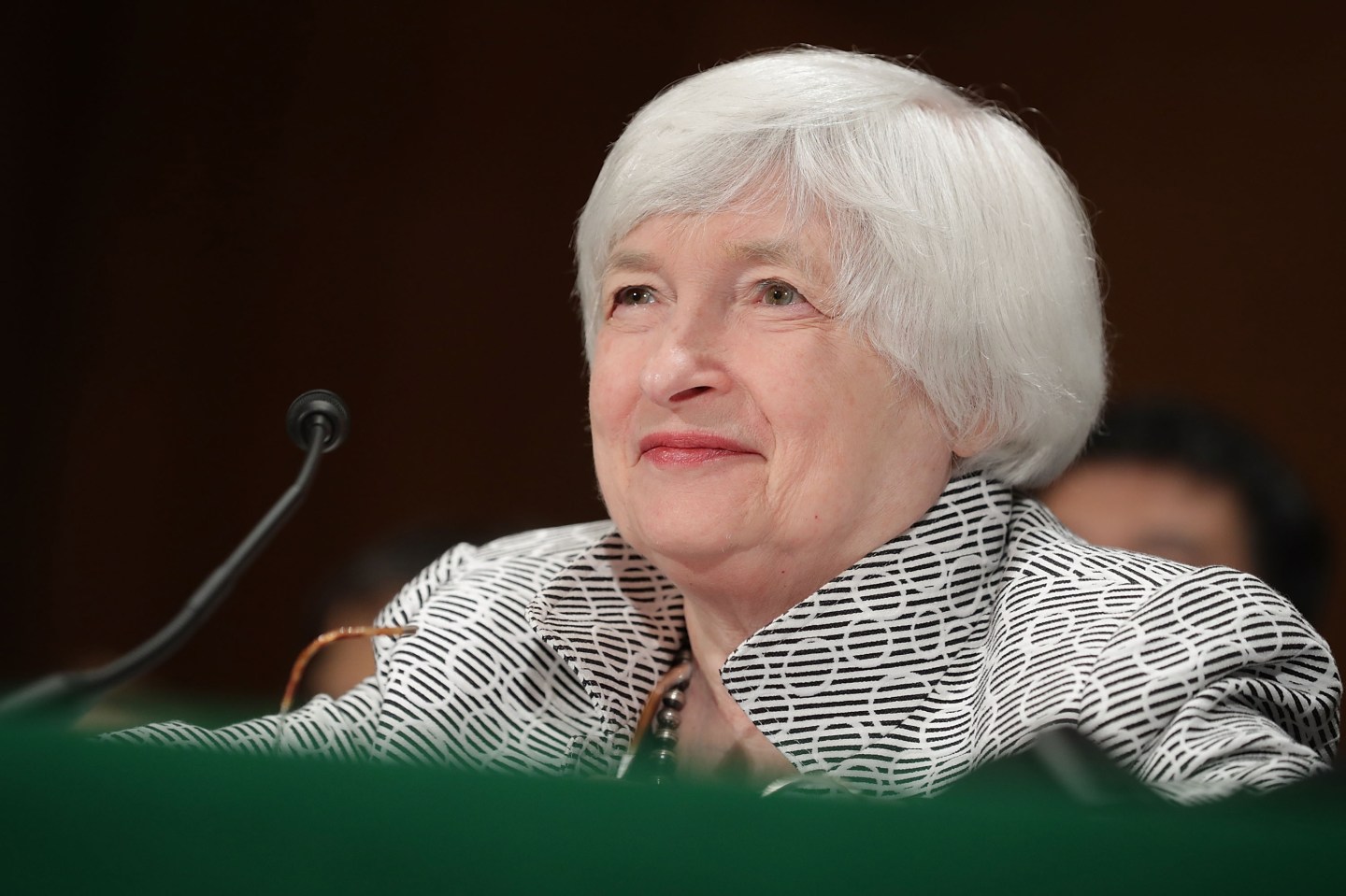 Federal Reserve Chair Janet Yellen said any rollback of post-crisis financial reforms should be “modest” because they’ve made the banking system safer and more resilient without unduly diminishing the supply of credit to the economy.

Yellen, speaking in Jackson Hole, Wyoming, on Friday, issued her broadest defense so far of the government’s response to the 2008 financial-market meltdown while outlining some areas that regulators could review to improve efficiency in the financial system.

“Any adjustments to the regulatory framework should be modest and preserve the increase in resilience at large dealers and banks associated with the reforms put in place in recent years,” Yellen said, in what could be her final speech as Fed chair at the annual gathering of central bankers. Her term expires in February. President Donald Trump could offer to nominate her for a second term, but economists polled by Bloomberg expect him to chose someone else.

In a 19-page speech that was almost entirely focused on financial regulations, Yellen did make a brief reference to the outlook, noting that “substantial progress has been made toward the Federal Reserve’s economic objectives of maximum employment and price stability.”

Stocks held gains and the dollar fell with Treasury yields as her remarks lacked fresh guidance on interest-rate policy. The Federal Open Market Committee is scheduled to meet Sept. 19-20.

She said some aspects of the Volcker Rule, which limits proprietary trading by banks, may be simplified while the Fed is taking steps to reduce “unnecessary complexity” in regulations affecting small banks. More broadly, however, Yellen said the reforms have made the financial system stronger.

“The balance of research suggests that the core reforms we have put in place have substantially boosted resilience without unduly limiting credit availability or economic growth,” she said.

Yellen’s remarks could put her at odds with the Trump administration, which issued a Treasury Department report in June that called for “significant changes” to the Volcker Rule.

Trump has made deregulation a pivotal part of his agenda for the financial industry, with the president and his advisers repeatedly blaming the Dodd-Frank Act for stifling lending and economic growth.

The Fed has sharpened its focus on financial stability since the crisis. Former Chairman Ben Bernanke established a new division at the Board in Washington with the mission of keeping policy makers better informed. Supervision of large banks has become more centralized, and they are stress-tested every year to make them more resilient.

“The Federal Reserve is committed to evaluating where reforms are working and where improvements are needed to most efficiently maintain a resilient financial system,” Yellen said.

During her term, Yellen has presided over rising asset and home values, while credit conditions have been tighter for borrowers with lower-ranked credit scores. Some of the Fed’s own indicators suggest that financial risk is at lower-than-average levels.

Yellen said there was “reason to hope” that the economy would experience fewer crises and recovery faster than in the past, but cautioned that regulators have to remain vigilant to the ever-present risk of new bubbles.

“I expect that the evolution of the financial system in response to global economic forces, technology, and, yes, regulation will result sooner or later in the all-too-familiar risks of excessive optimism, leverage, and maturity transformation reemerging in new ways that require policy responses,” she said.