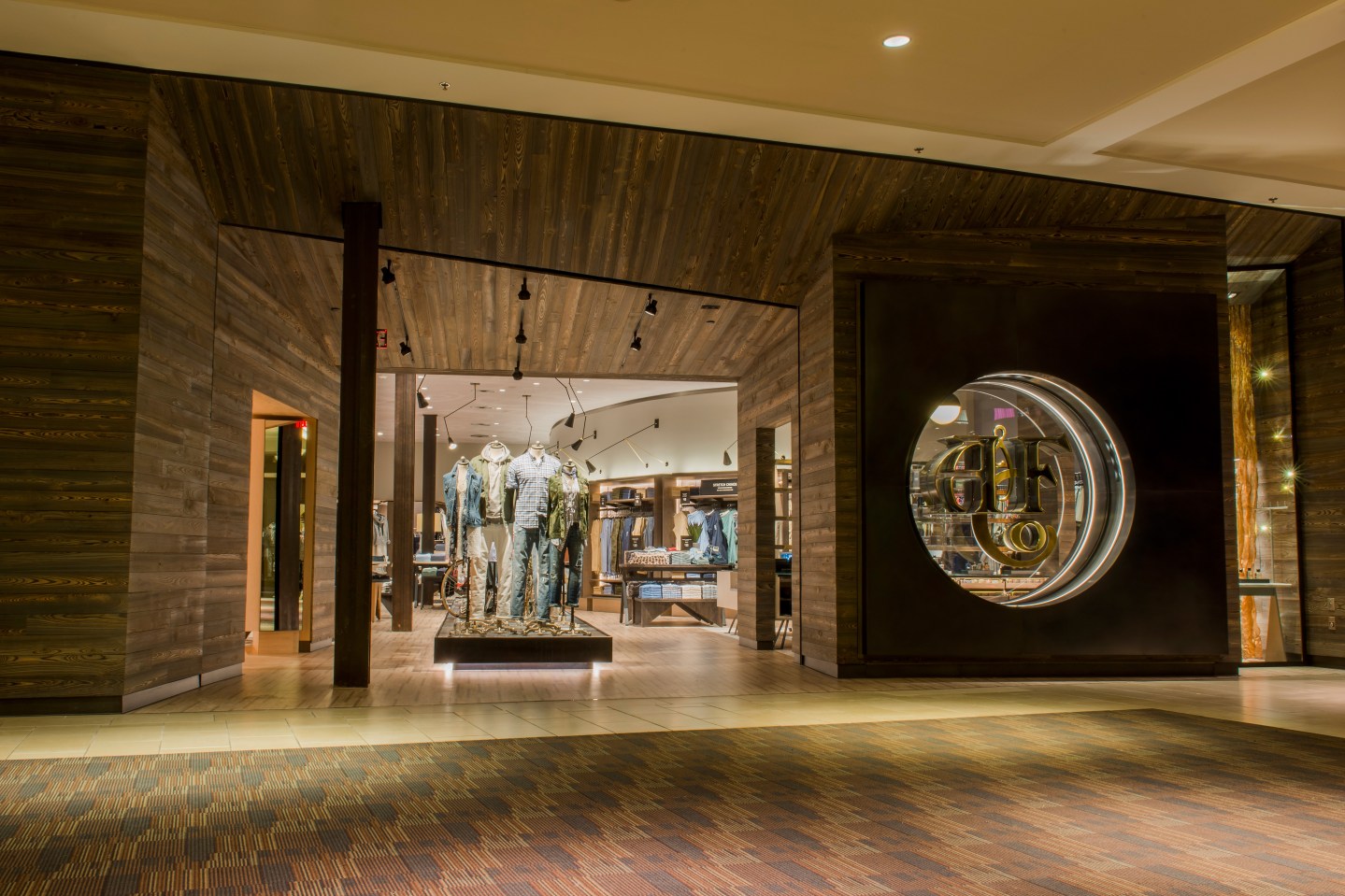 The company, which operates a namesake brand and the Hollister chain, saw shares jump 17% on Thursday after it announced stronger than expected sales at both chains. At Hollister, the larger of the two, comparable sales, a metric that excludes newly closed or opened stores, rose 5% and at Abercrombie, they fell 1%. compared to the 2% drop Wall Street expected.

The performance bolstered confidence that the California-flavored Hollister’s comeback was on solid ground, but also showed that some of A&F’s efforts to revive its flagship brand or at least stabilize it, are taking hold.

Sales have been plummeting for years as its once-logo-centric merchandise fell out of favor with young shoppers, who flocked to the likes of H&M, Zara and others, and A&F has closed dozens of stores. The move to largely eliminate logos led to confusion around Abercrombie’s brand.

But now the brand, which earlier this year introduced its first new store prototype in 15 years, is turning to retailing basics to get back on track, such as overhauling how it approaches fitting rooms, and more training.

Abercrombie’s “Fitting Room Suite” aims to bring back some of the fun to shopping at a time stores need to be far more compelling to get shoppers to come in. The so-called Suite is set up so as to allow people to go in and try clothes on at the same time, be walled of, take pictures and Snaps of each other. It’s a move reminiscent of what some department stores offer their personal shopping customers. Inside the fitting rooms themselves, customers have the ability to change the lighting to fit what they’re trying on, or adjust the sound or even to charge their smartphones.

“We approached the fitting room from a whole new perspective,” Abercrombie & Fitch CEO Fran Horowitz told Fortune in an interview. Her CFO Joanne Crevoiserat added that it important for store investments had to go beyond ‘fancy tech’ and focus on what customer feedback was saying. Still, it has made tech enhancements such as the option to reserve online and buy in store.

The company has also ramped up its training of stores associates, teaching how to better inform customers about a product’s details, and explain what is now in a store’s assortment. That is a marked departure from the once almost-snobby way of viewing customers, where the look of the store was long far more important than how a shopper was treated.

The first of the prototypes stores opened earlier this year in Ohio. By the end of the year, they will be in seven U.S. stores. Beyond that, the prototype stores are smaller, more open and showcase fewer separate items than the typical A&F store. There are many more mannequins and still an emphasis denim and casual clothes, but with a more relaxed, less nightclub-like atmosphere.

While it is too soon to say Abercrombie is coming out of the woods, the declining severity of sales drops suggests that that side of the business is stabilizing. Yet the brand still has a ton of work to do to establish its identity with customers now that it is logo-free and the shirtless hunks that once greeted shoppers are long gone. “It is still not clear what Abercrombie is and at whom it is targeted,” says Håkon Helgesen, an analyst at GlobalData Retail.