Tiffany Can No Longer Blame Donald Trump for Sales Shrink 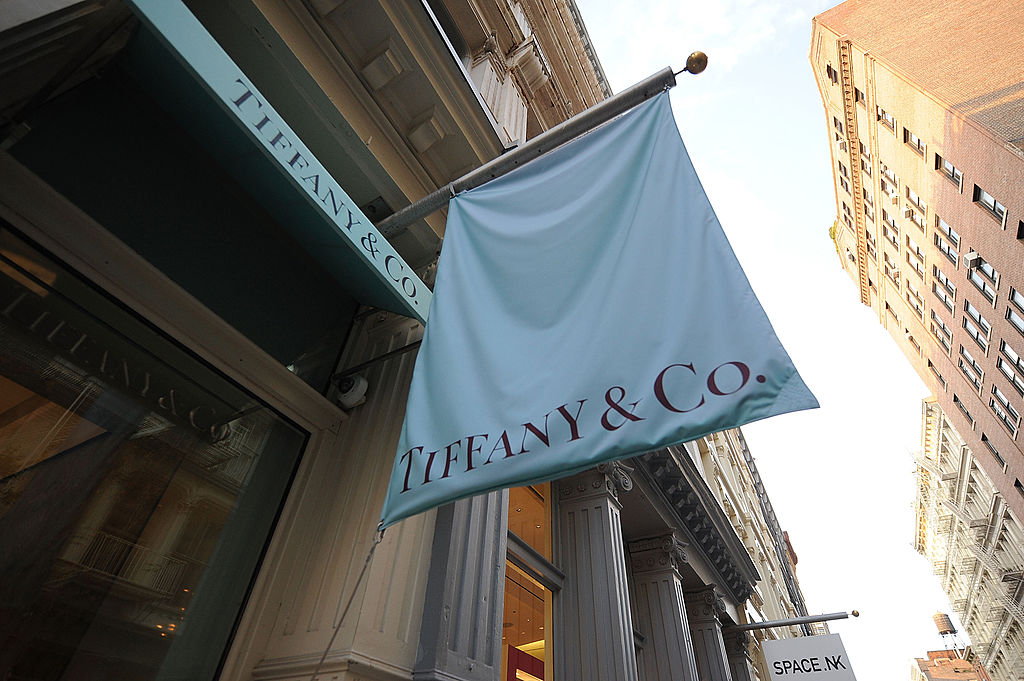 Tiffany & Co’s (TIF) incoming CEO Alessandro Bogliolo will have to tackle a long to-do list when he takes the reins this autumn.

The iconic New York jewelry on Thursday reported same-store sales fell 2% in the quarter ended July 31, meaning Tiffany is closing in on two years of no growth as measured by that metric. (Same-store sales at Tiffany exclude results from newly opened or closed stores but, unlike other chains’ practice, also exclude e-commerce.) They fell in every major region except for Japan, hurt by everything from a drop in spending by Chinese tourists in other Asian countries to lower average prices in the Americas, where Tiffany gets almost half its revenues.

(For the quarter, total net sales rose 3% to $959.7 million beating the analysts’ average estimate of $930.3 million, according to Thomson Reuters I/B/E/S. Net income rose to $115 million, or 92 cents per share, in the reported quarter, from $105.7 million, or 84 cents per share, a year earlier, in line with Wall Street. But the comparable sales decline was sharper than analyst projections.)

Shares were down 1.4% in midday trading.

Bogliolo, who worked at luxury jeweler Bulgari for 16 years and was most recently the CEO of denim brand Diesel, will take the helm on October 2, replacing a CEO who had been in his post for less than two years. The incoming CEO’s mandate will be to speed up the pace of new product introductions at Tiffany. A recent Wall Street Journal article found that new designs accounted for less than 10% of jewelry sales in 2016, and many collections go back decades, hardly the hallmark of a dynamic company. He will also be tasked with taking better advantage of e-commerce: though the company said on Thursday that second-quarter digital sales had done well, they only account for only about 6% of its revenue at last count.

Even when Tiffany has introduced new items, their popularity hasn’t always been enough to move the needle much for the $4 billion a year retailer: a case in point, Tiffany introduced the CT60 line of watches, its first major new collection of luxury timepieces in years, in 2015 but the category still only generated about 1% of sales last year.

More broadly, in market after market, other than Japan, comparable sales fell: Europe, Canada, United Arab Emirates, the Americas as a whole in the quarter.

Yet there were some green shoots in Tiffany’s report. For one thing, the recent drag on results from a heavy police presence at Trump Tower, adjacent to Tiffany’s Manhattan flagship, following the election of Donald J. Trump last year has ended, and customer traffic has returned to normal. But more crucially, Tiffany fared better in the quarter in the less expensive silver jewelry that makes up a big chunk of its business, a promising sign given how long Tiffany has sought to re-energize that part of its business.

What’s more, Tiffany said the initial sales of the Tiffany HardWear collection, introduced in the spring, have been good, as have those of Tiffany T and 1837 collections, showing how much better Tiffany can fare when it gives its customers something new to get excited about. And the retailer is improving its marketing so it is better targeted at customers. Lastly, luxury spending forecasts are upbeat for the rest of the year, something that should give Tiffany a hand.

As Tiffany’s head of investor relations Mark Aaron put it on a conference call, “We will obviously not be satisfied until they (comparable sales) are meaningfully in positive territory.”

But at least, despite a prolonged cold streak, Bogliolo will have something to work with as he works to put the shine back on Tiffany.