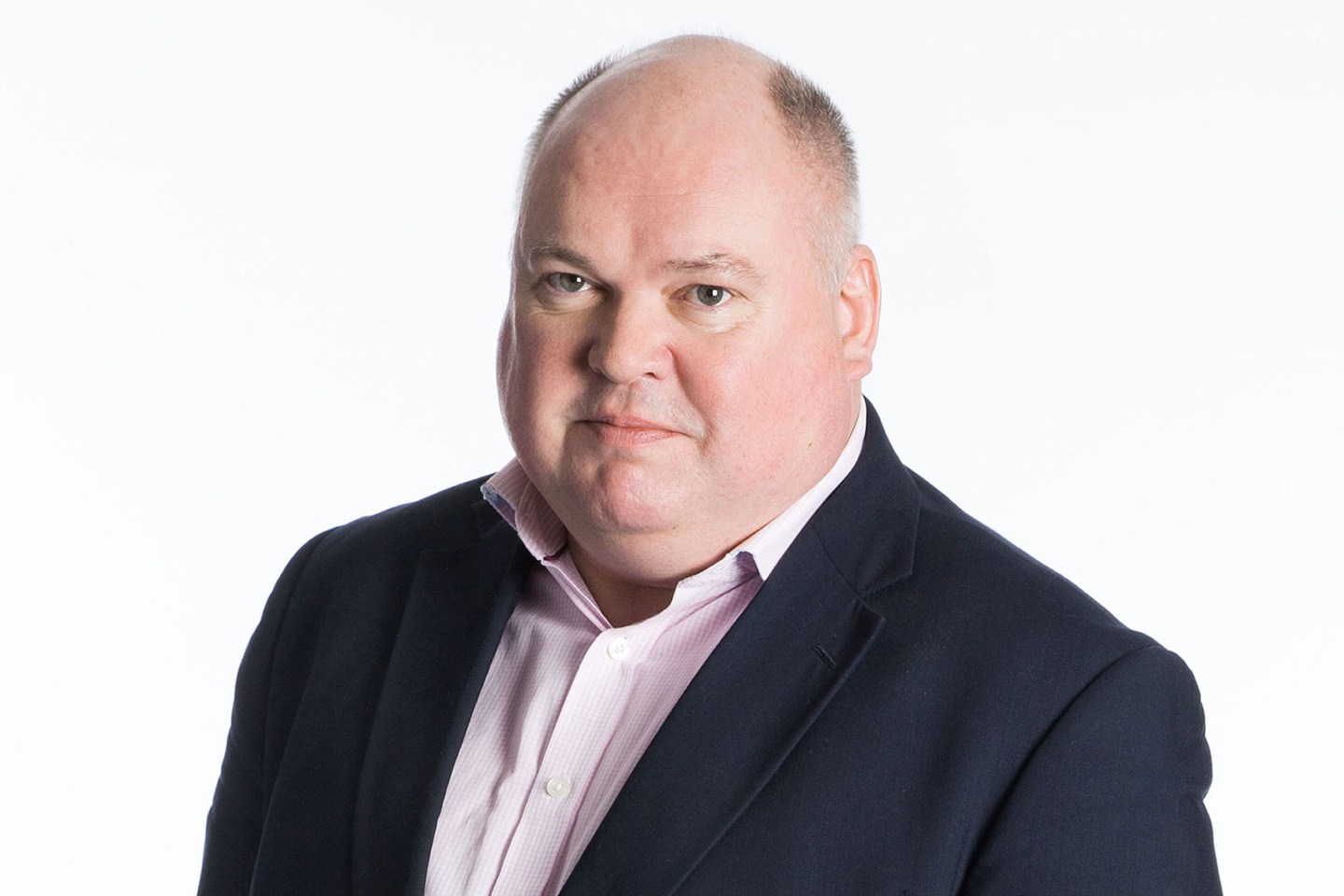 Provident Financial Plc slumped the most on record after the British subprime lender forecast a full-year loss and revealed it’s being probed by regulators. Chief Executive Officer Peter Crook stepped down.

The U.K. Financial Conduct Authority is investigating the Vanquis Bank credit-card unit, and the regulator had previously ordered Provident to stop offering a particular repayment product, the company said Tuesday. Provident scrapped its interim dividend and said a full-year payout is also unlikely. Manjit Wolstenholme will temporarily run the firm as executive chairman.

The company also cited further deterioration at its home credit business after a botched roll-out of new technology this year, when it scrapped a more-than-century-old model of self-employed door-to-door agents. Crook, who was CEO for a decade, said in June that many of its 4,500 salesmen and debt collectors quit or stopped working as hard when they were informed they would be replaced by a smaller number of iPad-toting full-time staff.

“Given that the FCA investigation has the potential to be material to the company, investors are likely to take the view that this investigation should have been disclosed when it was known,” RBC Capital Markets analyst Peter Lenardos said in a note. “The shares are not investible until greater clarity is received, which may not be until next year,” he said, calling the probe, loss, dividend suspension and CEO’s departure a “quadruple whammy.”

The company now expects a “pre-exceptional” loss for the home credit business of between 80 million pounds ($103 million) and 120 million pounds. It predicted a 60 million-pound profit as recently as June, when it issued a profit warning as loan sales and debt collections plunged. Wolstenholme said in the statement that it will take “an elongated period of time” to turn the division around.

Shares of the Bradford, England-based company dropped 71 percent to 505 pence at 11:35 a.m. in London. The stock is down 82 percent this year, wiping more than 3 billion pounds from its market value.

While Provident didn’t make any mention of the broader U.K. economic environment or Brexit, its profit warning comes as the Bank of England cautions that the nation’s consumer credit market is overheating after years of low interest rates and low defaults bred complacency. Crook had previously said Provident’s business model was more resilient to an economic downturn than the big banks.

Provident may need a stock sale to survive, said Gary Greenwood, an analyst at Shore Capital in Liverpool, England, who suspended his buy recommendation on the stock.

“This is without doubt a disaster,” Greenwood said. “Future profit performance will depend on management’s ability to rescue the situation, which is highly uncertain. We expect that further heads will roll.”

Provident said Tuesday that the FCA ordered the company to stop offering “repayment option plans” in April 2016. The products had been contributing about 70 million pounds in revenue a year.

There’s a risk the company “may be required to pay compensation to customers in respect of the trading period under investigation,” Greenwood said. “Growth will need to be dialed back in the group’s better-performing businesses to preserve capital, thus further impacting future profit forecasts.”

As revenue from its old sales force continues to decline, its new technology isn’t panning out either. The routing and scheduling software designed to help the 2,500 full-time digital-savvy staff replacing the door-to-door salesmen “has presented some early issues, primarily relating to the integrity of data,” Provident said, while “the prescriptive nature of the new operating model has not allowed sufficient local autonomy to prioritize resource allocation.”

Debt collection performance has fallen to 57 percent this year from 90 percent at the end of 2016, according to the statement. Likewise, weekly sales were running at about 9 million pounds lower in the same period.

Provident serves 2.4 million customers, many of them unemployed or on welfare. Extending credit to the working class had been good to Provident: its stock had tripled over a decade that saw other British banks collapse or get bailed out in the financial crisis. Provident was started in 1880 by Joshua Waddilove, a philanthropist and social reformer who saw extending door-to-door credit as a way to alleviate poverty.