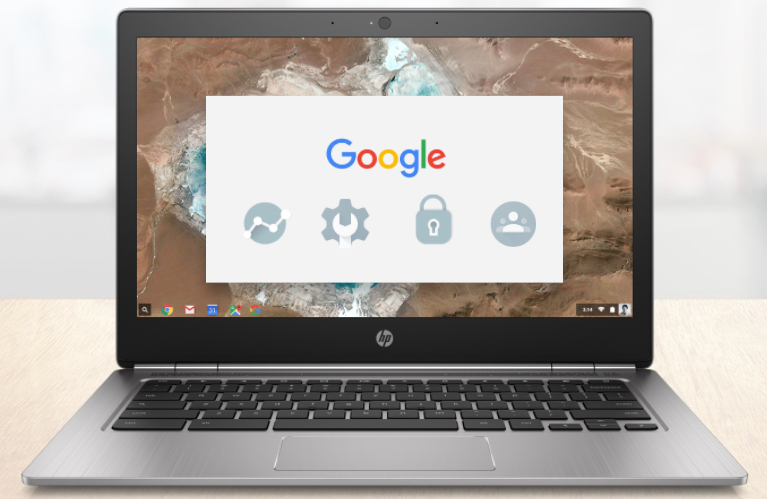 Google is taking more steps to get its Chromebook laptops, and the ChromeOS operating system they run, in the front door as legitimate business computers.

As part of its newly-dubbed Chrome Enterprise effort, Google said its ChromeOS operating system now ties into Microsoft Active Directory. AD is management software used by many businesses to let corporate users sign onto all their business software with one log-on and password and is typically found in the Microsoft (MSFT) Windows- and Office-centric shops that Google (GOOG) is targeting with its own applications, browsers, and devices.

In addition, working with VMware (VMW), Google is adding Chromebooks to the list of devices that can be managed with VMware AirWatch software. That brings Chromebooks, basically Google’s take on laptop machines, into the fold with smartphones and tablets running Android and Apple (AAPL) iOS operating systems. That support will come in the next release of AirWatch due next month, said Sumit Dhawan, senior vice president and general manager of VMware End-User Computing

Chromebooks have made much headway in the education market where Google has aggressively pushed them as lower-cost alternatives to full-featured Windows and Apple laptops. That is a good long-term strategy to get future business users acclimated to the Google machines in their formative years. but these heavily discounted machines and software are not big revenue generators.

But, Mark Bowker, senior analyst with market researcher Enterprise Strategy Group, also sees Chromebook on the rise among businesses that pay real money for their technology.

“I believe that Google will be a part of nearly every enterprise within the next three to five years and is a threat to Microsoft there,” Bowker told Fortune. More software applications, for example, are streamed from off-site providers, making the need for a heavy, full-featured desktop operating system like Windows less of a draw, he says.

One company that’s definitely using Chromebooks in addition to PCs is Whirlpool, the giant appliance maker based in Benton Harbor, Mich. That company offers Chromebooks as a device option where it fills users needs, Mike Berendsen, vice president of information technology for Whirlpool(WHR) tells Fortune.

At this point Chromebook users are a small minority—probably less than 5% of the 33,000 users in his organization use them. “But we’re in the process of continuing to expand that,” he tells Fortune. Probably 10% of users in marketing and creative departments use Apple machines, and the rest run Windows PCs, he notes.

As of now, if a company is tied to Microsoft Office applications, chances are it’s also a Windows PC account. Another piece of this VMware-Google VMware pact means users can also run Windows applications on Chromebook devices. If that works as advertised it could really help Google penetrate Microsoft-centric strongholds.

When Chromebooks debuted six years ago, users pretty much had to be Internet connected all the time to do useful work. Since then, Google has added more offline capabilities but there are still some gaps there with full-featured Windows or Mac machines, Berendsen noted.

Chris March, research director at 451 Research says Chrome Enterprise gives Google a stronger pitch to give both Chrome and Android operating systems entry into businesses that have not yet seen them as enterprise ready. The mobile device management piece and VMware virtualization which gives them better support for Windows applications will also cut the total cost of ownership for Chrome devices, he says via email.