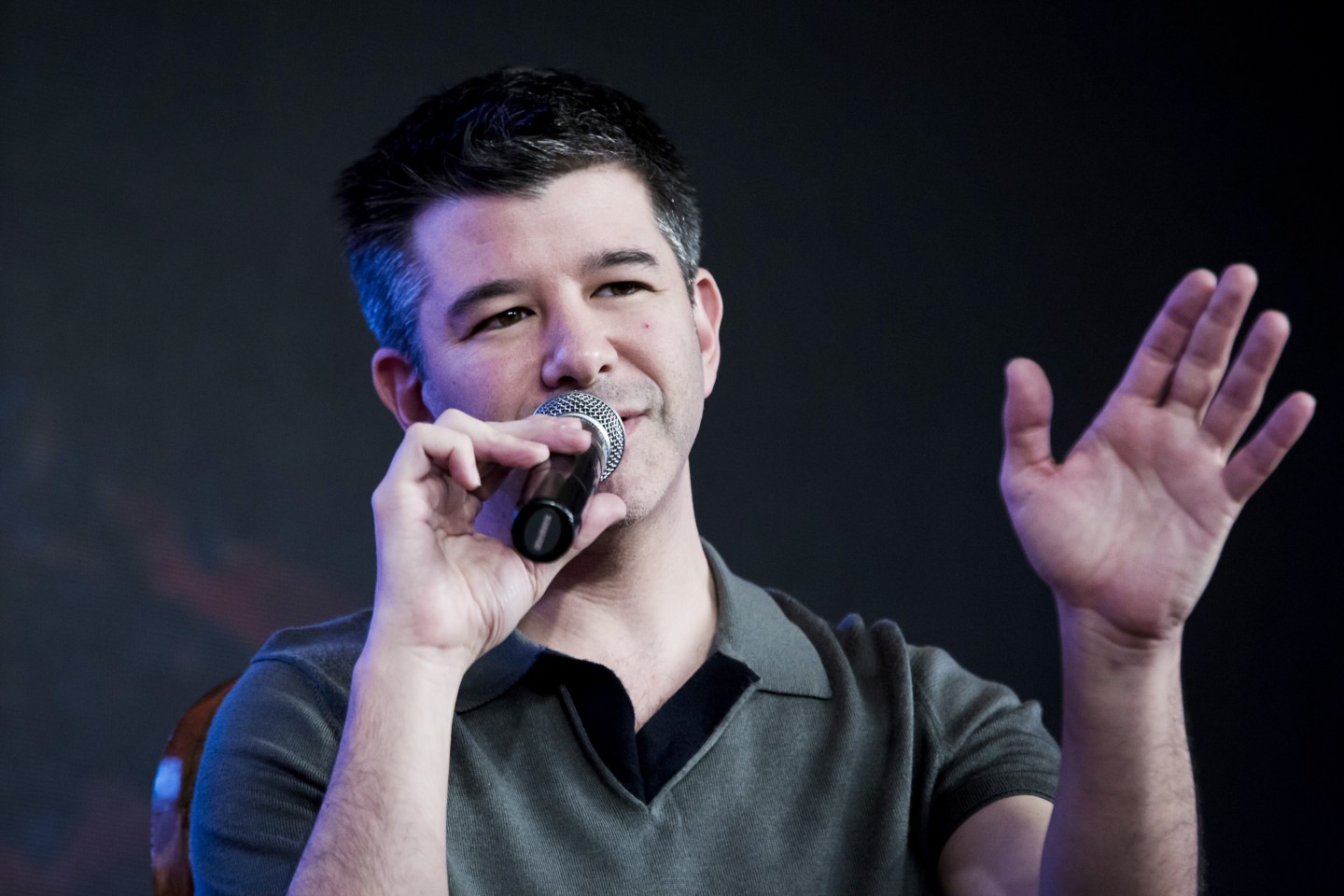 Uber Technologies Inc.’s co-founder Travis Kalanick fired back at investor Benchmark, saying its lawsuit seeking to oust him from the ride-hailing company’s board is based on “a fabrication” and accused the firm of threats and intimidation.

Upping the ante on his fight with the venture capital firm, which holds a 13 percent stake in Uber, Kalanick said that Benchmark waged a secret campaign to remove him from the company. The firm executed its plan in June, “at the most shameful” of times, according to documents made public on Friday in Delaware Chancery Court, immediately after his mother died in late May.

The relationship between Kalanick and Benchmark, an early Uber backer, has deteriorated in recent months. Benchmark sued Kalanick on Aug. 10 alleging he duped the firm into allowing him to fill three board seats and sought to pack the panel with allies willing to keep him as a director after he resigned as chief executive officer in June. Kalanick, Benchmark claimed, hid his “gross mismanagement” of the company and cited a series of Uber scandals as evidence.

Uber’s founder was pressured to resign after a series of controversies erupted, including a lawsuit with Alphabet Inc.’s self-driving car business, a probe by the U.S. Justice Department over the use of technology to deceive enforcement officials and claims its workplace is hostile to women.

Kalanick said in court papers that he resigned under duress after Benchmark threatened to launch a public campaign against him.

Less than two weeks after his mother’s funeral in June, Kalanick said Benchmark principals came to his hotel room in Chicago and handed him a draft resignation letter, telling him “he had hours to sign it.” Kalanick demanded removal of a provision in the letter that suggested the document was a “contractual undertaking,” according the filing.

“Ultimately, given his emotional state, Kalanick relented and signed the revised letter,” his lawyers said in court papers.

Kalanick described Benchmark’s claims of fraud as a “fabrication articulated for the first time in its complaint.” The firm, he said, was aware of all the events on which it based its fraud claim.

The former CEO previewed his defense against Benchmark’s allegations in a filing requesting that the case be dismissed or stayed in favor of arbitration. His lawyers had said previously that Benchmark’s claims are subject to a mandatory arbitration provision contained in the voting agreement that is the focus of its lawsuit.

Kalanick’s lawyers argued that when Benchmark originally threatened to take legal action, they said it would come in “the form of an arbitration demand,” according to court filings. “What changed in the interim is a matter known only to Benchmark.”

In court papers, Kalanick’s lawyers described him as a good CEO whose efforts made money for investors. His attempts to grow Uber into a company worth more than $70 billion “increased the value of Benchmark’s $12 million investment to more than $7 billion,” according to the filing.

Benchmark, based in Woodside, California, is seeking a “status quo” order that would temporarily bar Kalanick from filling open Uber board seats.

“Benchmark is not seeking to preserve the status quo,” Kalanick’s lawyers said. “To the contrary, Benchmark ignores the arbitration provision and seeks drastic relief that would silence and sideline Kalanick — essentially the final relief it hopes to achieve.”

A court hearing hasn’t yet been scheduled in the case.