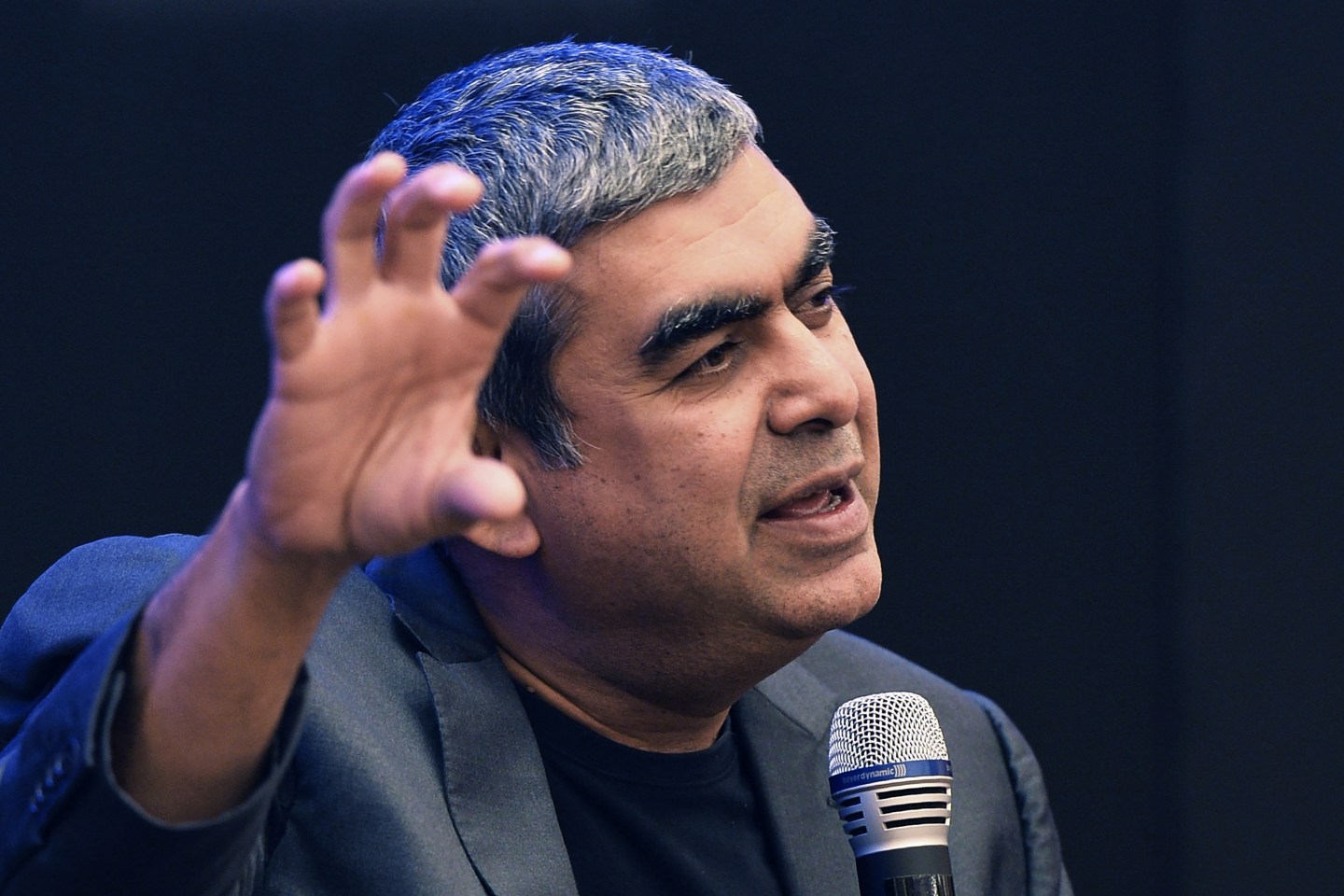 Infosys Ltd. approved a 130 billion rupees ($2 billion) share repurchase to improve returns for stakeholders of the Indian software exporter a day after Chief Executive Officer Vishal Sikka quit amid heightened tensions between the board and founders led by ex-Chairman N R Narayana Murthy.

Asia’s No.2 software services developer voted to buy back as many as 113 million shares at 1,150 rupees apiece at a meeting on Saturday in Bangalore, according to an exchange filing. The company’s first buyback comes as cash and investments swelled to about $6.1 billion at the end of June. The meeting to consider the move was scheduled before Sikka announced his decision to resign.

Investors, who have been asking the company to return part of its cash hoard, lost $3.5 billion as Infosys’s market value plunged on Friday following Sikka’s resignation. The planned repurchase is at a 25 percent premium to yesterday’s close and surpassed what some analysts had expected.

Sikka helped boost Infosys’s revenue by about 25 percent since taking the helm three years ago and reoriented the company to deal with a shift to internet and data-based computing. Infosys and its larger rival, Tata Consultancy Services Ltd., also face a U.S. administration that’s cracking down on the work visas the companies need to serve key American clients.

Infosys’ shares fell as much as 13 percent on Friday. Before Friday’s plunge, the company had gained about 21 percent over Sikka’s tenure, outperforming TCS’ 4 percent decline.

The resignation of Sikka, who joined from European software giant SAP SE in 2014, caps a yearlong battle with a billionaire who accused the company he co-founded of numerous governance lapses.

Infosys openly blamed Murthy in a statement for attacking Sikka, most recently in a leaked email — reported on Friday — that cited independent directors as saying Sikka was more chief technology officer material than CEO material.

“I cannot carry out my job as CEO and continue to create value, while also constantly defending against unrelenting, baseless/malicious and increasingly personal attacks,” Sikka wrote on his personal blog after announcing his resignation. The noise, he said later in a video conference from Infosys’s offices in Palo Alto, “took a personal toll on me and the company.”

The planned repurchase at 1,150 rupees is a premium to yesterday’s close of 923 rupees, and its $2 billion size surpassed what some analysts had expected. Soumen Chatterjee, head of research at Guiness Securities Ltd., said before the decision that Infosys may spend as much as $1.6 billion on the buyback.

Earlier this year, rival Cognizant Technology Solutions Corp. agreed to repurchase about $3.4 billion of stock and Tata Consultancy Services Ltd. approved a 160 billion rupee-share repurchase. Buybacks are a tax-efficient means of returning excess cash to the shareholders and helps to bolster earnings per share, Chatterjee said.

“Sikka’s exit draws a long drawn out boardroom battle to a close,” Sharma wrote in note to clients on Aug. 19. “The forthcoming buyback may belay the stock from falling more.”