Infosys CEO Vishal Sikka Has Resigned Amid a ‘Drumbeat of Distractions’ 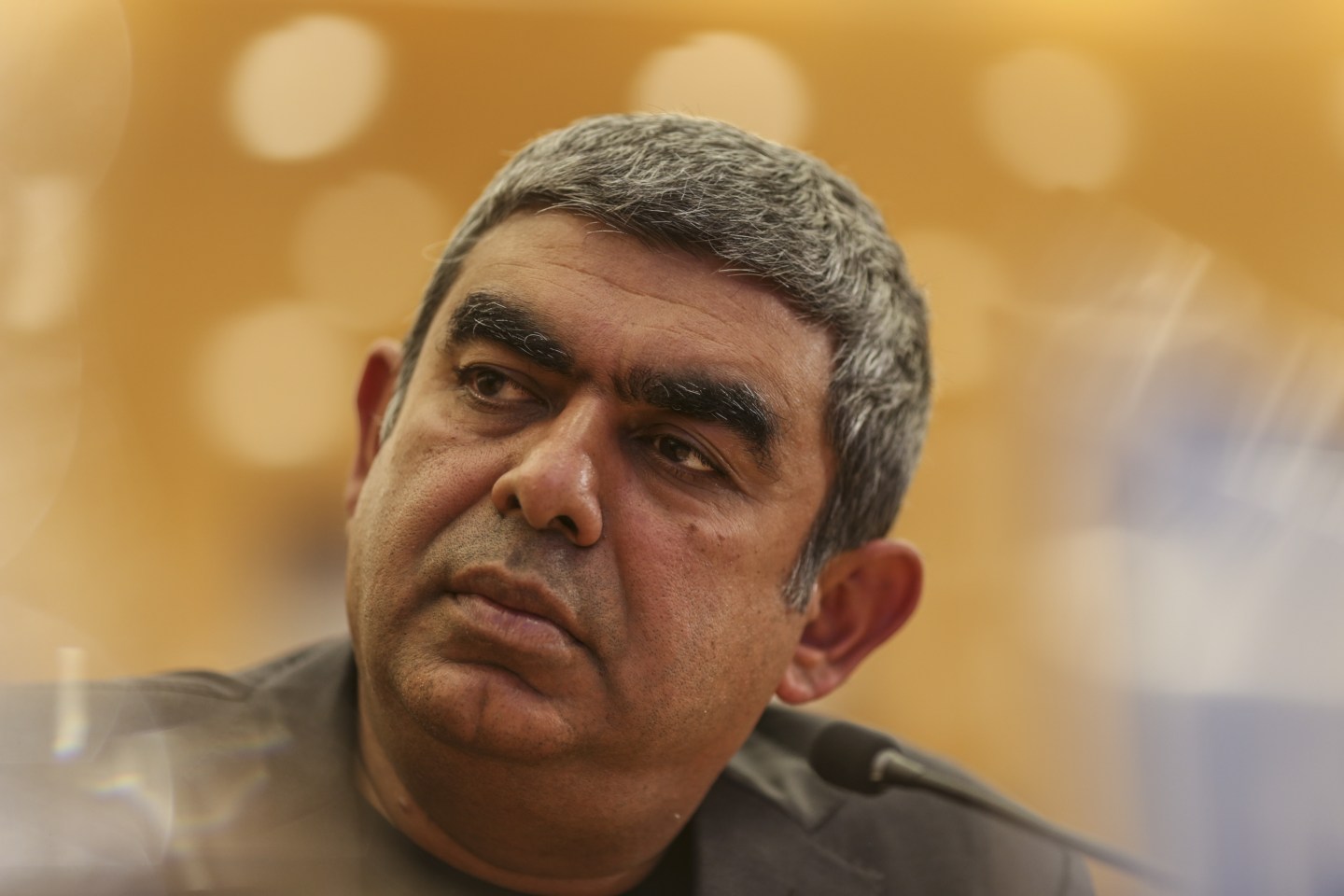 Infosys Ltd, in a surprise announcement, said Vishal Sikka has resigned as CEO citing a stream of distractions and disruptions in recent months, pushing down shares of the second-largest Indian IT services firm almost 8% on Friday.

U.B. Pravin Rao, Infosys‘ chief operating officer, was named interim managing director and chief executive. Rao will report to Sikka, who will take the executive vice chairman role until a permanent CEO takes charge, which should be no later than end-March 2018, Infosys said.

The move comes after a protracted war of words between Infosys and its founders and some former executives, who were unhappy with various decisions taken by the board.

The founders, who still own 12.75% of Infosys, have in the past questioned a pay rise granted to Sikka and Rao as well as the size of severance payouts given to others, including the company’s former finance head Rajiv Bansal.

In his resignation letter, Sikka said: “Over the last many months and quarters, we have all been besieged by false, baseless, malicious and increasingly personal attacks.”

“This continuous drumbeat of distractions and negativity … inhibits our ability to make positive change and stay focused on value creation,” Sikka said in the letter.

A former member of the executive board at German software firm SAP, Sikka took the top job at Infosys in 2014, becoming the first CEO of the company who was not also one of its founders. Sikka, a professional manager with a charismatic manner, was known for frequently wearing black t-shirts and a blazer, in contrast to his suit-clad peers.

“There is some level of uncertainty as we wait till the new CEO and managing director comes in, and it does put the company in some form of uncertainty in terms of strategy,” said Apurva Prasad, analyst at HDFC Securities, adding the stock reaction was more to do with uncertainty.

Sikka’s resignation comes at a time when Infosys, like others in the more than $150 billion Indian IT services industry, is battling a slowdown in new deals from western clients and bracing for changes to visa rules in the United States, its top market, that could hike costs and dent profits.

Infosys is likely to struggle to reach its ambitious $20 billion revenue target by 2020 in what Sikka has previously described as a “challenging environment out there”.