How Taking Down Confederate Monuments Just Covers Up a Larger Problem 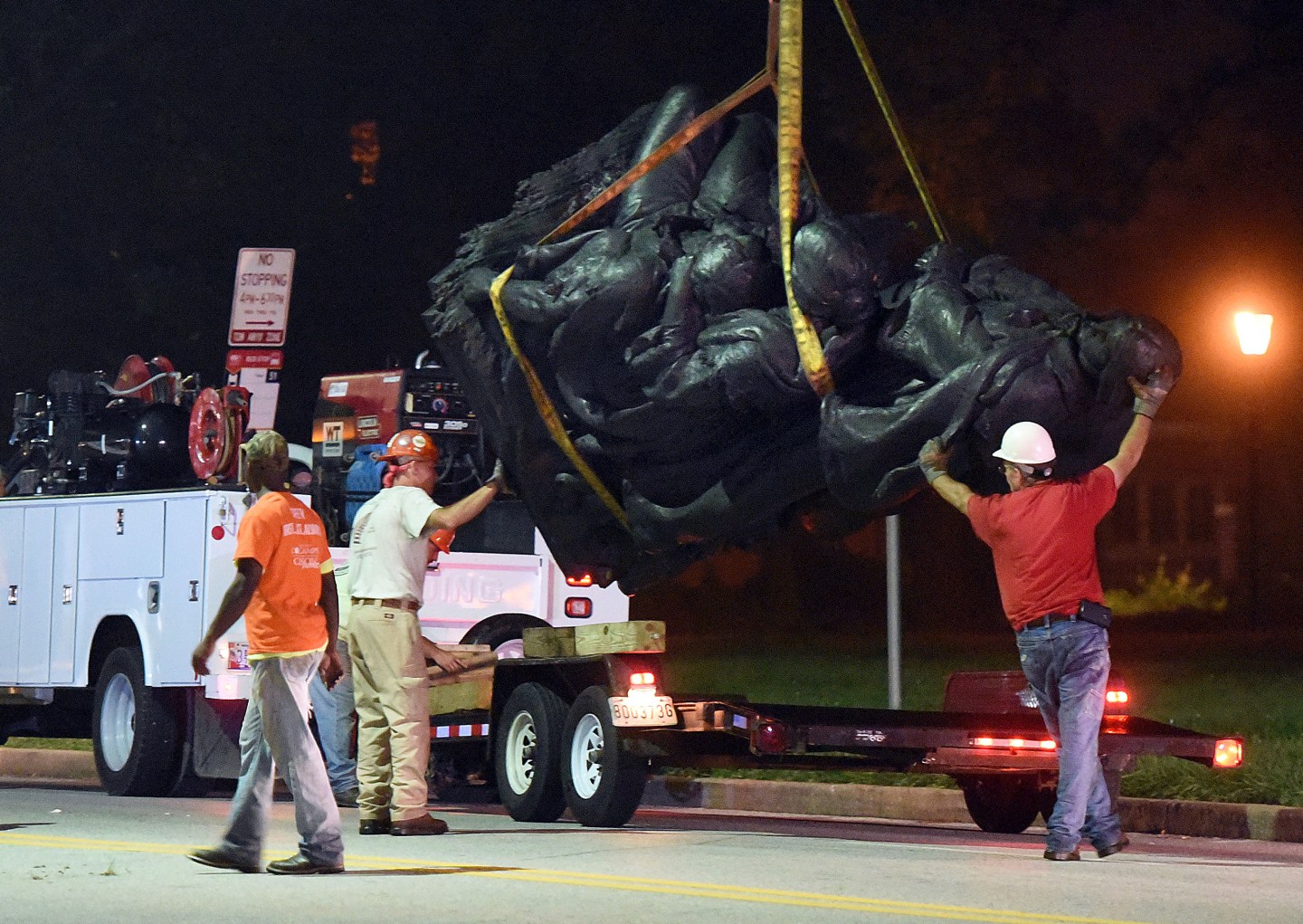 Heather Heyer is the latest casualty of the Civil War. Though the battles ended in 1865, there have been skirmishes in that war ever since. Heyer fell victim to a fight over how to remember the war. She died while opposing those who wanted to keep the Robert E. Lee statue in Charlottesville, Va.

The events since Heyer’s death confirm that the Charlottesville skirmish will prove a fulcrum moment in the future of Confederate monuments on public property. We are seeing that the corollary to the adage that there is no idea so powerful as an idea whose time has come is that there is no idea so powerless as an idea whose time has past. The movement to take down monuments, which has been gaining momentum since the removal of monuments in New Orleans in May, is moving at a speed rarely seen in American politics.

Since Heyer’s death last week, monuments have already been taken down in Baltimore and in Durham, N.C., where a Confederate soldier was pulled down by activists. Other monuments are on the way out in Louisville, Ky. and Lexington, Ky., and many other towns around the South. In Birmingham, Ala., the monument to Confederate soldiers and sailors is covered up. This may be a violation of an Alabama law passed this summer, which protects Civil War monuments from removal.

To be sure, there are good reasons to take down the monuments, which many see as symbols of white supremacy. Yet, there are reasons to go slowly here as well. For the monuments also teach historical lessons: that during the dark years of Jim Crow segregation that followed the end of Reconstruction, the people who held power celebrated the Confederacy and the war fought to maintain slavery. In taking down those monuments, we erase the public record of the days of Jim Crow segregation.

Some have said to put the monuments in museums. That may be a good halfway point, but then only people who visit the museum will see the monuments. As the monuments are removed from the landscape, the record of Jim Crow segregation and white supremacy that they speak to will be diminished.

The monuments should not be left alone, but must be contextualized, so that they can serve as a daily lesson of what leaders in the community once thought, and also how we think differently now. The contextualization, which may include counter-monuments (perhaps to such figures as the slave rebel Nat Turner, as well as to heroes of the abolition movement and the Union soldiers) can spur on more discussion. Once a monument is gone, it is unlikely to engender more discussion. Removal of monuments invites forgetting.

The monuments are the dependent variables in this; they are the symbols of white supremacy, not so much the creators of it. Thus, removal of the symbol may cause us to forget the existence of the ideas of white supremacy—and their lingering effect in the United States. About one third of African-American children live in poverty in the United States, which is largely if not exclusively due to the legacy of Jim Crow segregation and the limited educational, vocational, and housing opportunities. We should be hesitant to remove reminders of the days of Jim Crow, especially ones that were meant to remind subsequent generations of its existence.

Some monuments probably should be removed. When New Yorkers tore down the statue to George III in 1770 on the eve of the revolution, they did so because it was part of an active political dispute. And now that the struggle over the Charlottesville monument has ended in a tragic death, perhaps we will see the Robert E. Lee statue as more a part of an ongoing political dispute than as a historic relic that teaches us about the ideas of the people who put it up in the 1920s.

At any rate, the tragedy of Charlottesville is giving us a chance to talk about the prevalence of slavery, the war fought to preserve it, and its legacy. Perhaps that is more important than a decision to keep or remove a statue that has been on a public square for nearly 100 years.

Alfred Brophy holds the Paul and Charlene Jones Chair in law at the University of Alabama. His most recent book is University, Court, and Slave: Proslavery Thought in Southern Colleges and Courts and the Coming of Civil War.