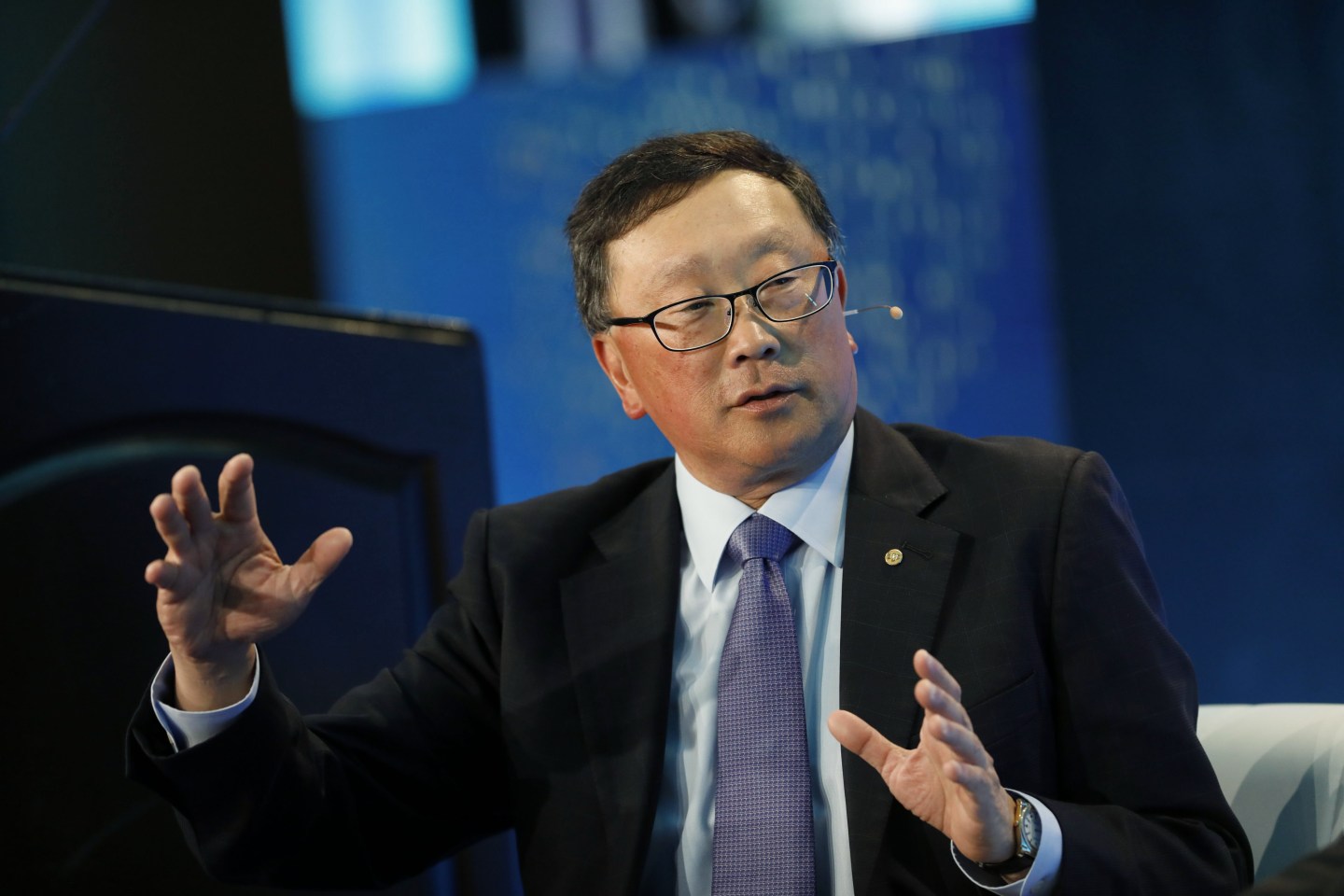 BlackBerry Ltd shares have been plunging from their more than two-year high hit in June after lackluster earnings and competitive threats have raised doubts about prospects for a turnaround at the business software maker.

The stock had rallied from a low of $6.65 in early March on hopes for the company’s QNX industrial operating system for self-driving cars, but investors have started to reassess the yearslong effort by BlackBerry to move beyond the smartphones that made its name a household word.

“It’s been a turnaround story now for about five years,” said Joel Kulina, a technology-sector market maker for Wedbush Securities. “People don’t have the patience.”

Chief Executive Officer John Chen has spent years remaking BlackBerry as a software company focused on selling to automakers and other industrial businesses.

Revenue, which peaked at about $20 billion when BlackBerry was dominating the smartphone market, has fallen sharply. Analysts expect it to drop below $1 billion this year for the first time since 2004 and decline again in the following fiscal year.

“We’re not going to jump in before we see some signs of turning the corner and establishing meaningful profitability,” said wealth manager Chris Zaccarelli, whose Cornerstone Financial Partners in Huntersville, North Carolina, advises on $1.2 billion of assets.

In late June, BlackBerry reported quarterly earnings that missed analysts’ forecasts due to an unexpected sales decline, ramping up pressure on the company to meet its goal of boosting software and services revenue by 10 percent to 15 percent this year.

BlackBerry declined to comment on the stock price, but QNX manager Grant Courville said it expected to sign deals with at least three major companies to get QNX into self-driving vehicles.

Last year BlackBerry announced a deal for Ford Motor Co to expand use of QNX, which is used mostly in car information and entertainment systems. The companies have provided few details on the arrangement.

QNX, which is already in most automobile “infotainment” systems, is one product that BlackBerry bulls talked up as the stock rallied earlier this year, saying the plans to expand its use in other parts of vehicles could generate significant revenue.

Yet investors “are figuring out that it isn’t a straight path to a pot of gold” for QNX, said CIBC Markets analyst Todd Coupland.

Intel Corp poses one threat to QNX. The world’s No. 1 chipmaker owns a rival operating system and this year paid $15.3 billion to buy Mobileye, a maker of sensors and cameras for self-driving vehicles.

Luxury carmaker Audi is using Intel’s system in the safety-related electronic control unit for its 2018 A8 sedan, which will be one of the most advanced self-driving cars on the road.

BlackBerry’s Courville discounted the threat from Intel. He said QNX was being used in at least six automotive programs based on Intel chips, some for self-driving vehicles.