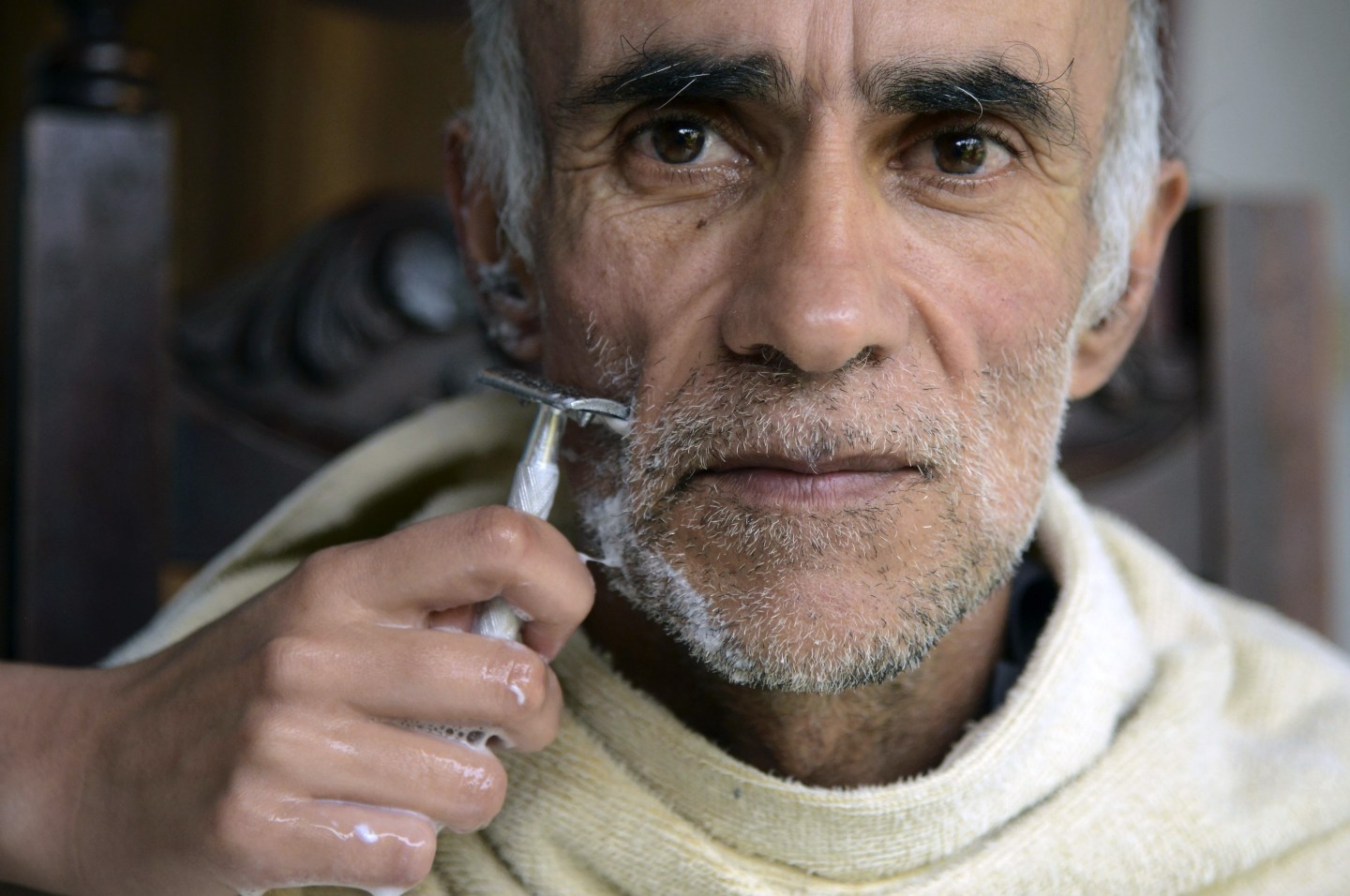 An Alzheimer's patient is shaved by his daughter at his house in Yarumal, north of Antioquia department, Colombia on December 3, 2014. Yarumal holds one of the highest rates of Alzheimer's disease "Paisa variation" --a hereditary genetic disorder on the chromosome 14. AFP PHOTO / Raul ARBOLEDA (Photo credit should read RAUL ARBOLEDA/AFP/Getty Images)
Photograph by Raul Arboleda via AFP/Getty Images

Shares of biotech giant Biogen rose 2% in Wednesday trading thanks to a boost from Goldman Sachs, which has added the company to its Americas Conviction List. That means that Goldman analysts believe Biogen has enough upside that they’re issuing their highest rating for its stock, a “Conviction Buy.”

Just what’s driving the enthusiasm? It’s all about Biogen’s audacious Alzheimer’s drug ambitions. The company’s experimental aducanumab “could be one of the first disease-modifying drugs to reach the market,” wrote the analysts, adding that if it does win regulatory clearance, it could reach peak sales of $12 billion considering the rapidly-growing burden of the disease.

The treatment has shown some early promise, but Alzheimer’s is a notoriously difficult (and from an R&D standpoint, heartbreaking) space. For instance, both Eli Lilly and Merck were forced to stop work after their own failures in Alzheimer’s treatment.

But the scope of the Alzheimer’s crisis is wide enough that a creating a successful treatment that goes beyond simply treating the symptoms is critical. There are more than five million Americans with Alzheimer’s, according to the Alzheimer’s Association, and it’s the sixth leading cause of death in the U.S. Independent analyses have pegged the associated costs of Alzheimer’s and dementia at $259 billion this year and $1.1 trillion by 2050.