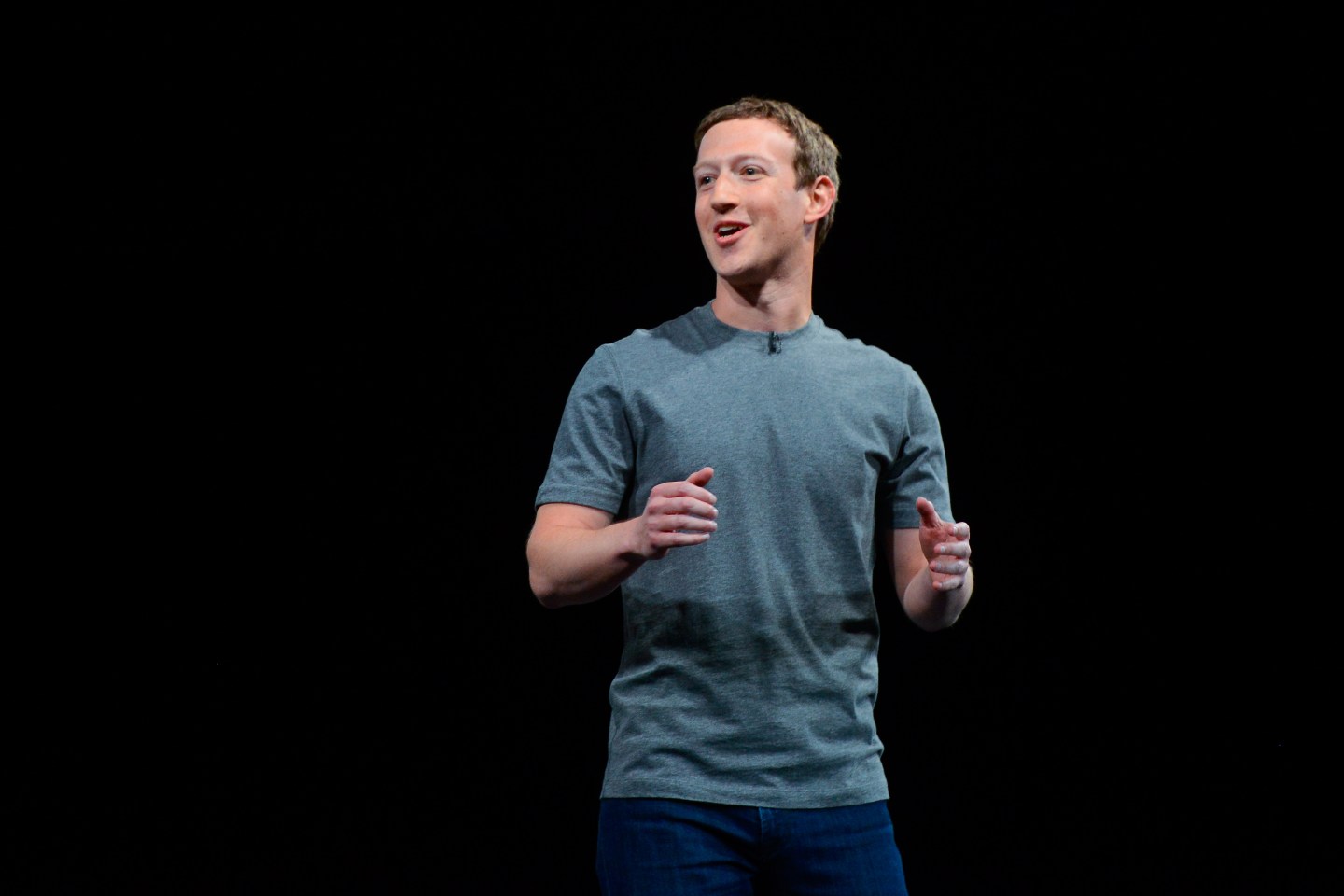 The Times reports that Facebook authorized the release of Colorful Balloons—caise qiqiu (彩色气球) in Mandarin—on the Chinese version of the iOS App Store in May. The app looks and functions like Facebook Moments, (hence the balloons) but carries no overt Facebook branding. The app was released through a local company named Youge Internet Technology, which has no apparent connection to Facebook.

Facebook seemed to obliquely acknowledge that it had authorized the app. “We have long said that we are interested in China, and are spending time understanding and learning more about the country in different ways,” the company said in a statement.

Trying to learn about China without Beijing’s blessing would be a bold move for Facebook, which was banned in China in July 2009 after the network was used to spread news of riots between ethnic Uighurs and Han Chinese in the western Chinese city of Urumqi. Since then, CEO Mark Zuckerberg has tried just about everything he could think of to curry favor with China’s communist rulers. He learned to speak Mandarin, invited China’s Internet czar to tour Facebook headquarters in Menlo Park, California, and made multiple forays to China himself. Facebook even went as far as designing a new censorship tool that would enable a third party to prevent Facebook users in China from posting and sharing content Beijing deemed politically incorrect.

It has all been to no avail. China shut down Instagram, which Facebook owns, in 2014, and last month put the squeeze on WhatsApp, Facebook’s popular messaging app.

The Times declared the release of Colorful Balloons “stealthy and anonymous,” “unprecedented,” and a mark of the “desperation—and frustration—of global tech companies as they try to break into the world’s largest online market.” Hard to disagree with that.

Which brings us to Toutiao. The service was launched in 2012 by 34-year old former Microsoft employee Zhang Yiming and is operated by Zhang’s company, the delightfully named Beijing ByteDance Technology.

ByteDance may be China’s hottest startup. The venture has already raised more than $1 billion from Sequoia Capital and CCB International, the overseas investment arm of China Construction Bank. On Friday, Reuters, citing “people familiar with the matter,” reported that ByteDance is seeking an additional $2 billion in funding at the jaw-dropping valuation of over $20 billion. That would make ByteDance a “decacorn” and then some—equal in valuation to Peter Theil’s Palantir. Reuters says U.S.-based private equity firm General Atlantic is among potential new investors.

This essay was originally published in our CEO Daily Newsletter. Subscribe.

Why would savvy investors like Sequoia and General Atlantic be so keen to throw money at a news aggregator in country where news is so heavily censored by government? Well, one reason is that the country in question is China, which has 700 million Internet users and is still growing like mad. But there’s another that’s probably more important: China’s Draconian censorship policy makes it one of the only major markets in the world where startup news aggregators don’t have to worry about getting steamrolled by Facebook, which has become a primary news source for users in less restricted markets. In China, Toutiao has no natural predators.
There are no staff writers or editors at Toutiao. The service generates no content of its own. Instead, it uses artificial intelligence to create personalized news feeds of short articles and videos from content generated by its network of 4,000 outside media companies including state-owned entities like Xinhua and private outlets like Caixin. The app analyzes what media its users consume and tracks their interactions on social media.
Analysts say Toutiao’s content recommendation technology is scary good—possibly the most sophisticated in the world—and has many potential applications in markets beyond China. In February, ByteDance bought Flipagram, a Los Angeles-based video startup. The company also owns TopBuzz, and English-language news app, has a stake in an Indian news aggregator and is reported to be considering expanding into Brazil and Japan.
In its home market, Toutiao has become the most popular news offering on China’s App Store and claims more than 80 million daily active users who spend an average of 76 minutes reading news and watching videos through the app. Revenue comes mostly from online advertising, and totaled nearly $870 million last year, a fivefold increase over the previous year.
As Reuters notes, Toutiao, along with online services firm Meituan-Dianping and ride-hailing company Didi Chuxing, are collectively known as “TMD.” The three ventures are generally held to be the next wave of Chinese Internet wonders following the “BAT,” the country’s three tech giants, Baidu, Alibaba and Tencent.
Tencent and Baidu operate Toutiao’s two biggest competitors. If China’s homegrown tech giants try to muscle in, they would pose formidable rivals. For now, though, Toutiao has little to fear from Facebook and its colorful trial balloons.